In 23 Premier League starts, Arsenal midfielder Mesut Özil has contributed six goals and six assists this season. A decent return from the German international. However, before the weekend’s fixtures, the 28-year-old had only added two assists in eight games.

When Shkodran Mustafi headed in his corner to equalise against Manchester City, the drought was ended and he went on to record a Man of the Match performance in the 3-0 win over West Ham United.

You need breaks in football and Özil was handed one for the opener when Darren Randolph made a meal of the midfielder’s shot from outside the box. It should have been routine. But he failed to get down quickly enough and completely mis-read the bounce of the shot.

Later in the half, after a lovely bit of link up play with Alexis Sanchez down the left, Özil was able to keep his head up and pick out Theo Walcott with a deadly cut-back, doubling the Gunners lead.

Is Mesut Özil back? 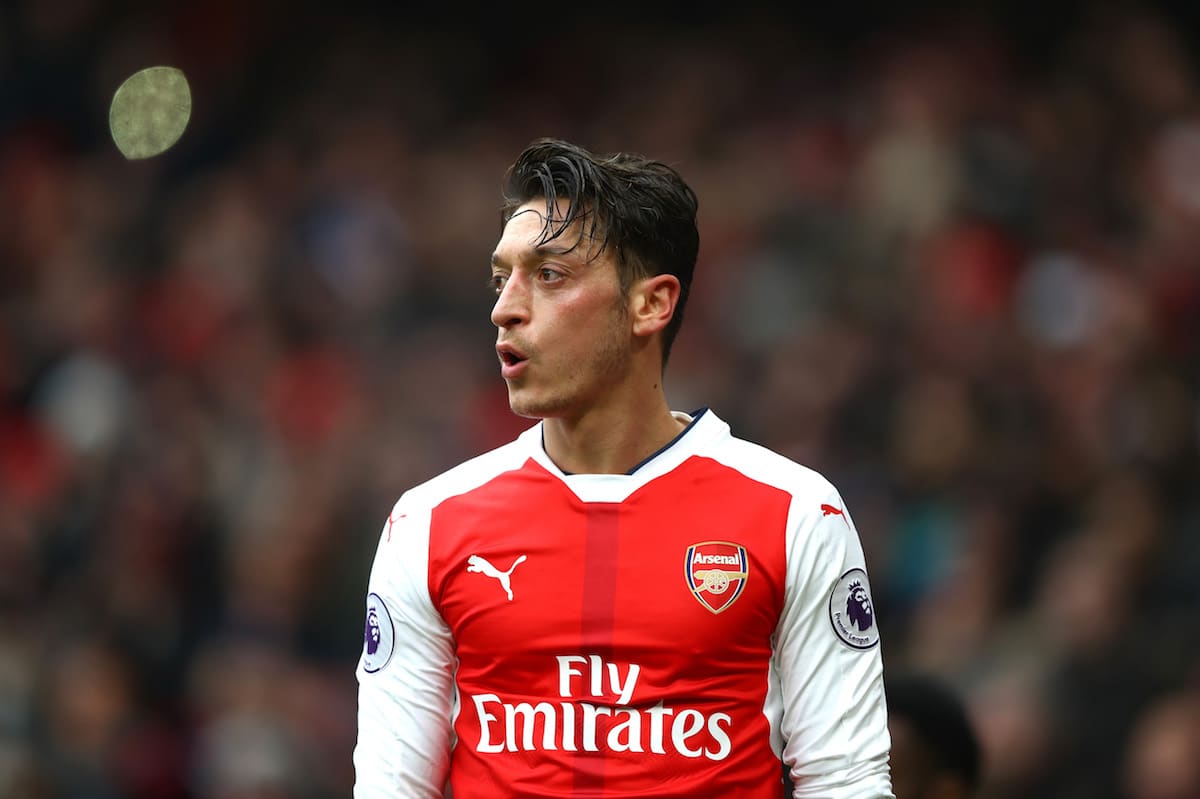 Exactly what you want from your playmaker. Decisive play, vision and the ability to execute. The only problem is that it’s been few and far between from the German recently, especially since talks over a new contract started and stalled.

His numbers have dropped significantly this term, leading to calls from him to be dropped and suggestions he wasn’t worth £240,000-a-week.

There was a belief that the former Real Madrid player was waiting to find out about the future of Arsène Wenger before committing his future. But he denied that when speaking to press in his homeland.

“Everything is still open. There have been talks with Arsenal but at the moment, I’m concentrating on the current season, just like the officials at Arsenal,” he told Bild am Sonntag.

“I have always said I’m very happy at Arsenal. Everything fits here, the club, the fans and the city. Arsene Wenger was also one of the main reasons why I joined Arsenal.

“However, I also know that in football everything moves very quickly and a lot differently to what you had planned.

“Therefore, it would be wrong to say that my future is dependent on the coach.”

Has Özil burned his bridges at Arsenal?

Before the last two fixtures you would have been forgiven for suggesting that Arsenal should look to move Özil on. But those little glimmers of class would put doubts in the mind of the most ardent of anti-Özil fans.

Yet, that hasn’t stopped clubs being linked with a big-money move. And if Wenger is serious about rebuilding this team in the summer, receiving a bumper fee and clearing his wages off the books could be a huge factor in the process.

Here are five possible Destinations for Mesut Özil this summer. 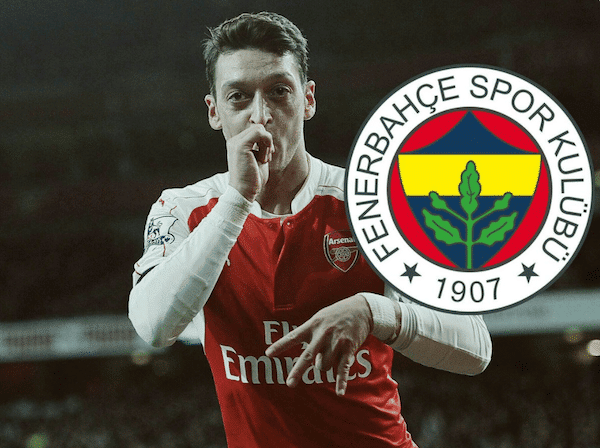 Turkish side Fenerbahce emerged as one party interested in Özil last month and with his family heritage there, it’s an easy link to make. However, the Istanbul club are currently fourth in the Turkish top-flight, six points behind Başakşehir who surprisingly hold the second UEFA Champions League spot.

The German was asked about the link in March and wasn’t keen to stoke the fires of interest.

“The fact is, I still have a contract in London. And speculating now would be wrong,” said Ozil. “After the season we will see it, there will be talks. I’m very happy at London and with Arsenal.”

Failure to qualify for Europe’s elite competition will mute any interest in the 28-year-old. They are not going to stump up his wages and the player would have little interest in dropping down that far.

There is a belief that Özil could be tempted with a move back to his homeland this summer and there have been rumours of interest from Bayern Munich. Former German international and ex-Chelsea midfielder, Michael Ballack told Bild that he thought it would be an excellent move.

“Mesut is an amazing player. He knows that he is one of the undisputed stars at Arsenal,” he said. “A lot of clubs would love to have him.”

“If you are a top player in England, the cult around you is bigger than in Germany. You are treated more respectfully, especially. These are all reasons for an extension.

“But if he wants to win a major title, he has a bigger chance to achieve that at Bayern.”

Playing 4-2-3-1, and if Thomas Müller was to decide to leave Munich this summer, Özil would be an ideal replacement and give Carlo Ancelotti a proper No.10 in the middle with Robert Lewandowski up front and Arjen Robben and Douglas Costa on the wings.

If Jose Mourinho wants to do a ‘Sir Alex’ he could try and persuade the midfielder to swap the Emirates for Old Trafford this summer, similar to what Robin van Persie did in 2013.

“Özil is unique,” the Portuguese coach said of the German. “There is no copy of him, not even a bad one. He is the best No.10 in the world.”

Any move for the former Werder Bremen midfielder might hinge on the future of Zlatan Ibrahimovic. The Swede often drops deep, looking to pick up the ball and it can hamper the productivity of a true number 10, as Javier Pastore found out at Paris Saint-Germain.

Another problem could be the relationship the two parties had while at Real Madrid where José famously called Özil a coward, something he revealed in his autobiography:

“Oh, are you giving up now? You’re such a coward,” he wrote. “What do you want? To creep under the beautiful, warm shower? Shampoo your hair? To be alone? Or do you want to prove to your fellow players, the fans out there, and me, what you can do.”

Both left Madrid in 2013, so a lot can change in four years.

The Italian giants are under new ownership and a flurry of summer moves are expected. With Ivan Perisic looking set to move to the Premier League for £51million, Inter could use that money to try and snap up Özil.

The Nerrazurri are sixth in Serie A, nine points behind Napoli in the race for a place in the Champions League. However, unlike Fenerbahce, this could be used to Özil’s advantage. With the Milan club looking to rebuild and push to the top three, they need big money signings and they would be willing to pay his salary to make it happen.

Unlike Fenerbahce, one Turkish club that could be in a position to land Özil this summer is league leaders Besiktas.

Also based in Istanbul, they are being linked with a host of big money moves. Turkish outlet Aksam claim that Cesc Fabregas is their No.1 target. But the 28-year-old and Monaco’s Radamel Falcao are also potential signings.

“I will get a name that ‘will not’ come to Turkey,” Club president Orman said this week. “It will be called impossible. The star will be Besiktas’ brand face in Europe.”

Özil fits the bill perfectly. He is a third-generation Turkish-German and still references the Turkish influence in his game:

“My technique and feeling for the ball is the Turkish side to my game. The discipline, attitude and always-give-your-all is the German part,” he explained.

If they are looking for a face the fans can relate to and inspire the club to greatness, you can understand why they would be desperate to land the international playmaker.