We expect to see a very entertaining match in the Club Brugge vs PSG duel in the first round of the new Champions League season, so let's take a closer look at the game and what we can expect from it.

Our free predictions and tips for Club Brugge vs PSG

If you are struggling to decide on the best Club Brugge vs PSG bets, check our top betting tips for this game:

The guests are the clear favourites in this match and it's obvious why since PSG probably has one of the best teams in the history of football, at least based on their potential. This was proven right so far this season since PSG has won the first five matches in their domestic championship, with an average goal difference of 2.2 goals per game. So, our prediction is for PSG to beat Club Brugge by at least two goals.

Since we expect to see a convincing with for PSG in this game, we also expect to see many goals. PSG has averaged 4.2 goals per game in the French Ligue 1 so far, so they are scoring a lot of goals as expected. Meanwhile, Club Brugge averaged 3.71 goals per game in their domestic league, so this game should have a lot of goals – our prediction at least four.

Kylian Mbappe to Score at Any Time

As we already said, we expect to see a lot of goals in this game and one of our top picks for scoring a goal in this game is the French winger Kylian Mbappe. Despite his desire to leave for Real Madrid this summer, which obviously didn't happen, Mbappe has been very professional and he's leading the list of top goalscorers in France with four goals in the first five games. So, we expect him to find the net against Club Brugge as well.

Top odds and stats for Club Brugge vs PSG

If you are want to bet on the top Champions League odds, we've got you covered. You can find the best odds from different betting sites right here on our website, including the Club Brugge vs PSG odds:

Club Brugge vs PSG preview: Can the Belgians resist the mighty PSG?

The reigning champions of Belgium have been granted a direct spot in the new edition of the Champions League, but the team wasn't very lucky since they ended in a group with PSG, Manchester City, and RB Leipzig. On the bright side, Club Brugge is in good form since they have four wins, two draws, and one loss in the first seven rounds of the Belgian Jupiler league. Mitrovic, Perez, Providence, and Izquierdo are injured and out of the next game.

After a shocking end to last season in which PSG lost the title in the French Ligue 1 to the complete outsiders Lille, it was clear that the Parisians will try to strengthen the team further over the summer. And on top of a few great signings, PSG also landed one of the best players in the history of the game, Lionel Messi. As expected, PSG started the new season with five straight wins in the league and a goal difference of +11. That being said, the team will have to face Club Brugge without many players, including Di Maria, Ramos, Veratti, and a few others.

FAQ for Club Brugge vs PSG 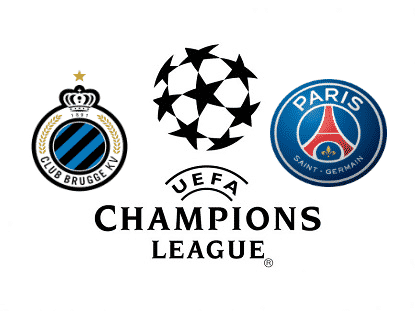