The fate of Group A hangs in balance with PSG,  Club Brugge and Manchester City within one point of each other. As the Citizens make the trip to the Jan Breydel Stadion, the six-point affair can highlight who progresses to the knockout phase.

Here are our predictions for Club Brugge vs Man City.

Club Brugge impressed with their 1-2 away win over RB Leipzig. They had earlier held PSG to a 1-1 draw at the Jan Breydel Stadion and will hope for a similar result against Pep Guardiola's Manchester City. The Citizens were let down in their away defeat to PSG and will want to rectify that result. They made little work of Burnley over the weekend and should be able to defeat Club Brugge at home.

Despite being the highest scorers in Group A, goals have not been the norm for matches involving Manchester City this season. Only two of their last five fixtures have finished with Over 2.5 total goals. Club Brugge have been in a similar situation with just one of their last five matches going past the three-goal margin. As they face-off in midweek, expect a contentious low scoring affair.

Philippe Clement will be pleased with his side's goalscoring abilities this season, hitting the back of the net in each of their 14 competitive fixtures this season. We are expecting this run to conclude against Manchester City whose five goals conceded in Champions League outings do not do them justice. Alongside Chelsea, they have conceded a paltry three goals in eight Premier League fixtures and should be able to shut out their rivals.

Club Brugge vs Man City: Check out the best odds and the latest stats

RB Leipzig remains in a hangover since the mutiny of Julien Nagelsmann and their defensive core, allowing Club Brugge to challenge Man City and PSG in Group A. After two matches, they remain in the qualification battle, upstaging the Citizens by a point to take second place. With every match being a potential six-point affair, they can ill-afford to lose their focus.

Pep Guardiola will be aware of these circumstances and wary of their Belgian rivals who held ruined Lionel Messi's European debut with PSG. With Man City conceding five goals on their European adventures after just two games, the onus is on them to deliver. Their scoring efforts are also a concern for the faithful as they continue to fight on all fronts without a recognized forward. 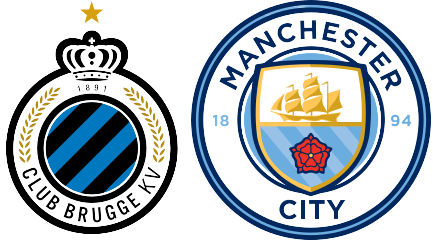 Where is the game being televised? COSMOTE Sport, BeIN Sport and BT Sport.

Where is the game being played? Jan Breydel Stadion.