Club Brugge host Genk in the opening weekend of the new First Division season on Sunday, July 24th. The champions begin their title defence at the Jan Breydelstadion this weekend. Read our free predictions and find the latest odds for the fixture below in our detailed match preview.

Club Brugge are favourites to kick off their title defence on a positive note when they play Genk on Sunday. Read our top predictions for this weekend’s fixture below.

Champions Club Brugge are favourites to retain their crown this season and they can get their title defence off to the perfect start against Genk on Sunday. The title holders played Genk four times last term and beat them twice in the league, once in the Super Cup and knocked them out of the cup, so it’s fair to say, they have their number. The hosts have a new manager in the dugout in Carl Hoefkens and with early-season optimism in their camp peaking, we recommend backing Club Brugge to prevail.

Club Brugge enjoyed plenty of success in the final third in meetings with Genk last season. The champions hit the net three times in all four of their encounters with the Blauw-Wit in all competitions and that razor-sharp frontline should enjoy another productive outing against the same defence on Sunday. Club Brugge will want to put a market down on matchday one and they could be worth backing to net over 1.5 times again.

Top Betting Odds and Stats for Club Brugge vs Genk

Makes sure to check out our rundown of the best stats for Sunday’s game below alongside a tool to help you choose the best odds.

Read all of the injury updates and team news for Sunday’s First Division A clash between Club Brugge and Genk below.

Club Brugge sold star forward Lois Openda to Lens in the summer, though they reinvested his fee and then some on new recruits. Bjorn Meijer, Casper Nielsen and Ferran Jutgla all look like solid signings while the free transfer capture of Cyle Larin from Besiktas could be a real coup.

Genk lost Norwegian schemer Kristian Thorstvedt to Sassuolo in the off-season, though Argentinean Nicolas Castro, who arrived fro Newell's, could fill the gap. Cyrill Dessers is back at the club following a loan spell at Feyenoord, as is Ike Ugbo, who spent a year with Troyes in France. Wouter Vrancken will take charge of Genk for the first time in a competitive fixture this weekend. 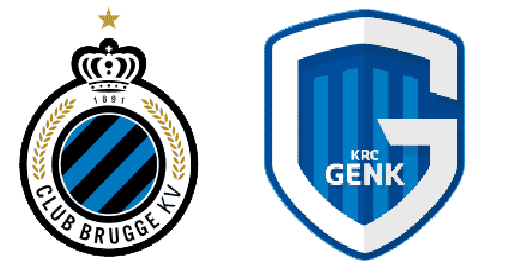 Club Brugge eased to a 3-1 win over Genk when the teams last met in March.

Club Brugge vs Genk can be watched on Mola TV.