Club América up against Tigres UANL is a fixture that always manages to produce a great competition between the two as well as highlights that get played into the reel for days. Betting on this match may be tricky, so make sure to stick with us for the entirety of the article.

For the sake of gist reading, we are giving you this table with our top free betting tips. If you are interested in reading the detailed explanation behind the bets, you will be able to do that down below. 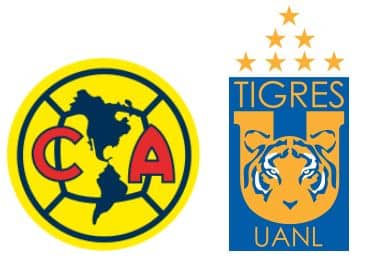 Proceed with caution when placing bets, as the odds are subject to change at all times.

The last time these two sides met was in the 16th round of the 2020 Apertura championship when the game resulted in a 3-1 win for América. It was the second-to-last game of the Liga MX's first half of the season. The triumph ranked Miguel Herrera's squad at the 3rd place, while UANL was left consolidating with a 6th spot finish. While, of course, both teams prefer a higher ranking, it's not of such great importance as the Liga MX winners are decided in the Liguilla – the play-offs that come after the Apertura and Clausura conclude.

Club América was left with a bitter taste in their mouth after they were eliminated in the Liguilla quarterfinals – essentially the first play-off round, by their long-standing rivals Guadalajara with a 1-3 aggregate score. Tigres didn't record a better run themselves after they were too knocked-out in the quarterfinals. Their defeat came from the hands of Cruz Azul, after losing the first leg 1-3. UANL was on the road to completing the comeback but failed to do so in the second leg, despite winning 1-0.

Another competition that puts both sides' form in perspective is the CONCACAF Champions League. América and UANL were eligible to play in the North American Champions League after winning the 2018 Apertura and the 2019 Clausura, respectively. Both sides managed a pretty impressive run at the tournament, with Tigres having a real shot at winning the final. However, Herrera's team failed to reach the final after being a man and a goal up at half time against LA Galaxy. Carlos Vela stunned the Mexican side by scoring twice in quick succession as soon as the game was restarted in the second half. The Los Angeles team will now have to face another Mexican squad in the finals – UANL. Perhaps, this match will preview exactly how well-equipped Tigres is to win over América in their next meeting.

Tigres is the proud owner of perhaps the deadliest striker in the Liga MX at the moment, and that is André-Pierre Gignac. The ex-Marseille man has settled down nicely in the North American football world since joining in 2015. The forward has managed 125 times in 207 fixtures and has twice been crowned as top scorer of the Mexican first tier of football. Before the CONCACAF Champions League's final game, Gignac has scored the joint-most goals alongside Carlos Vela.

Why have we chosen these particular bets?

Our predictions have their reasoning behind them, and you will be able to read about it in this section of the article. But first, what were our free tips?

In our eyes, Tigres is the side that currently has the edge over their enemy. UANL has proven to be in magnificent form and will solidify it by winning the CONCACAF Champions League final. However, the Liga MX is a fast-paced tournament where teams' performances can rapidly change. This is why we've decided to go for the Double Chance instead of the outright Tigres win pick.

This is a fixture between two sides, known for scoring a lot of goals, especially against each other. In 4 of their past five match-ups, both teams managed to find the net at least once. With both sides concluding the 2020 Apertura with decent Goals for records, we believe that the two will be able to get on the scoring sheet.

Gignac to score at any time

Our predictions for a particular goal-scorer have never been more likely to hit. Gignac has been UANL's best offensive tool for over five years now, and the Frenchman just keeps up his scoring ratio. If Tigres is to score at least one goal – which it absolutely will, it will most likely come from Gignac's hand, or rather foot.