Glenn Hoddle provided the guile, Ossie Ardiles supplied the graft, Chris Waddle had the gears and Clive Allen hit the goals – but no glory followed for the Tottenham Hotspur side of 1986/87.

Though Spurs are used to near misses, that particular season sticks in the craw for many of their faithful. David Pleat took the team that his successors, Keith Burkinshaw and Peter Shreeves, had skilfully assembled and moulded them into one of the finest attacking units of the era.

Pleat parked the 4-4-2 formation – the go-to choice for English teams well into the 21st century – and adopted a 4-5-1 with an extra centre midfielder, which is a pre-requisite in most modern thinking.

That allowed the likes of Hoddle and Waddle to roam free without the burden of defensive responsibility, creating the openings for Allen – and how well it worked.

Behind The Lines: Darren Anderton | FWTV by FootballWhispers

The Stepney-born striker had made the short hop from Queens Park Rangers to north London in 1984 but, as he recalls, all finally clicked into place under Pleat’s guidance.

“We had a very competitive season in my first year, finishing third,” he said. “I picked up quite a bad injury towards the end of the year so I ended up having a long period out and a number of operations.

“It was upon returning from that I got myself back fit towards the end of the second season, and then the best season came in 86/87.

“It started well at Villa Park with a hat-trick on the opening day of the season and it just went from there.

“We had a team David Pleat assembled the way we structured, I played up front on my own in a five-man midfield and it really suited the individuals that were in that side.

“It was ahead of its time and it suited the way we played because we were a passing team, we had that extra body in midfield.

“We didn’t play what you’d consider a more direct game where you are hitting it into a bigger centre forward to hold it up.

“Although I linked in with the play, a lot of it was with the ball players we had – and I had to be in the right places for the chances created. It suited the players we had.”

As a result Tottenham fought well into 1987 competing on all three fronts – and Allen accumulated goals at a rate that any other striker would dream of.

Indeed not even Harry Kane – yet – can hold a candle to what was Allen’s magnum opus, hitting the net 49 times, including 33 strikes in the league. 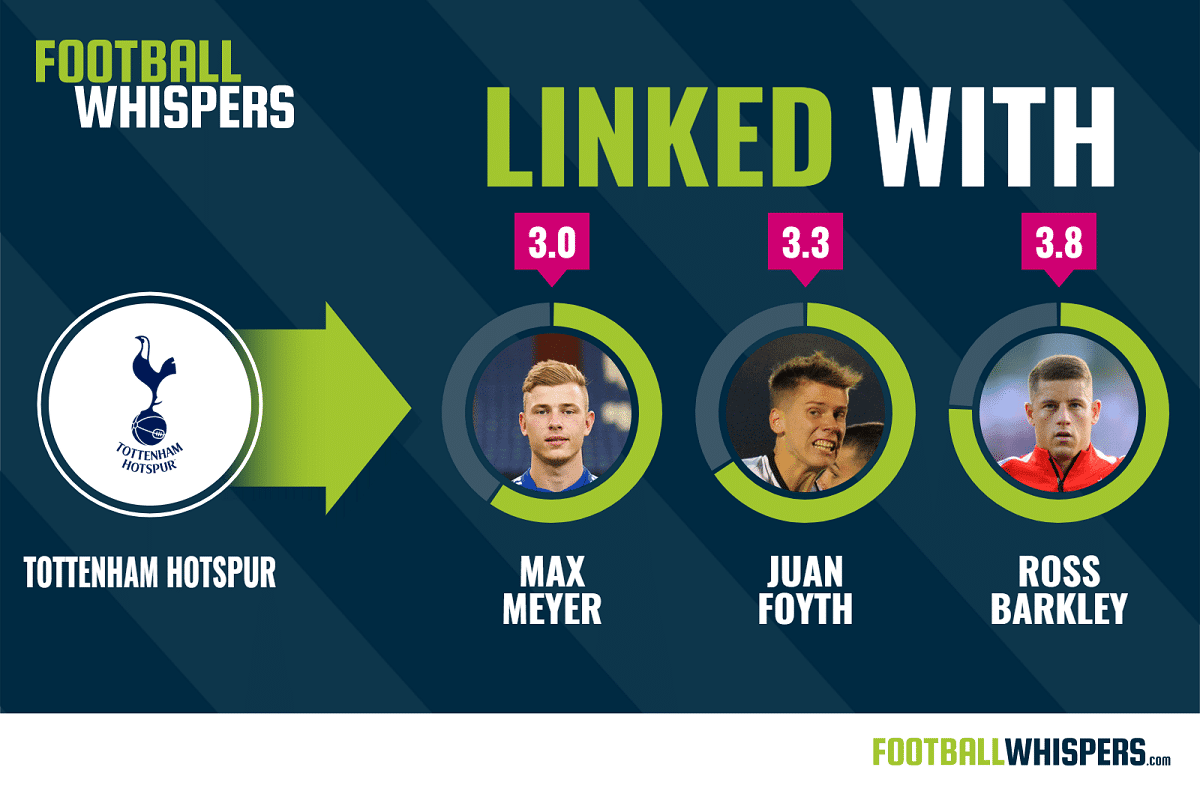 But a team that could have won the treble finished third in the top flight and were knocked out by Arsenal in the semi-finals of the League Cup, before unthinkably losing to heavy underdogs Coventry City in the FA Cup final.

Though Allen found the net within the second minute, a Gary Mabbutt own goal brought a rueful end to a hugely promising campaign.

That summer, much of the old band broke up – a tale sadly similar to the recent departures of Dimitar Berbatov, Luka Modric and Gareth Bale just as things were looking up at White Hart Lane.

“You’re always trying to improve the team, improve the squad, and the opportunities came,” Allen admitted. “Glenn Hoddle went to France, Richard Gough went to Rangers, so there were a number of big players that went.

“Those opportunities presented themselves to those players and they thought it was the right time to move on.

“Like any club now, when you sell players it’s about what replacements you can bring in and what fits and works.

“Sometimes you wish for better but it doesn’t necessarily happen and that’s something a lot of clubs have suffered from – selling big players and not being able to replace them.”

Allen was to part ways with the club soon after, in March 1988, in an eyebrow-raising move for a man who had spent his entire career – and life – in London.

He headed for wine country and Bordeaux, who had wrapped up their fourth French league title year before and possessed some of the finest footballers of their generation.

Despite only staying for little more than a year, Allen scored 13 goals from 19 games and fully embraced a culture that gave him insight into the direction in which football would take.

“I was 28 and was going out of contract at Spurs, the regulations were slightly different so I became a free agent,” explained Allen. “I wanted to play abroad at some point in my career. At 28 I felt I was experienced enough and ready for that move, and the opportunity came up to go to Bordeaux which was a very successful team in France during that decade.

“I played with some fantastic players, Jean Tigana the France captain and captain of Bordeaux, Aime Jacquet the coach who had led France to the World Cup.

“The whole experience was what I wanted as well, from a point of view of lifestyle and culture. I didn’t want years later to have that wonderment of ‘what could it have been like?’

“I’m glad I did it, it helped me as well in particular when I came back and finished my career and started coaching. I had an understanding with the way it worked in France, in terms of diet and training that were in place then. The whole thing has become part and parcel of clubs in the Premier League now and I was able to experience that ahead of time.”

Fast forward some three decades and contractually, at least, a rising Spurs have tied down their great young hopes in Kane and Dele Alli for the foreseeable future.

And while Allen has previously told Football Whispers that the pair have no need to leave north London for now, he admits a trip abroad should be on the to-do list of any Premier League footballer.

“It certainly helped me, I’m glad I did it, and it’s not just from the football point of view,” he added. “That is important – I did learn to play in a different way and how the game unfolded.

“The Premier League is the biggest in the world, you know you want to play there, but at some point it is a great experience and one I would recommend to any player, to go abroad and ply their trade.”