Troyes hosts Clermont Foot in Round 33 of French Ligue 1, 2021/22 season. It is the second time the promoted teams meet this season in a Ligue 1 duel. The reverse match ended 2-0 in favour of Clermont. Which side will bag all the points in this game? Read this review for more details.

Free Tips and Predictions for Troyes vs Clermont

Troyes lost only once in their last five games. It is a sharp contrast to Clermont’s run in the last five matches. The visitors were beaten in four of their last five Ligue 1 games. Find out how we expect the two teams to perform in the second meeting of the season below.

Troyes is our pick to get the three points in this game. The hosts do not only have a stronger match up in this encounter but also a better form than Clermont. The biggest problem for Clermont ahead of this game is poor defending. The visitors leaked 15 goals in their last five games, which translates to an average of three goals conceded in every game within that time. On the other hand, Troyes conceded three goals in their last five matches.

See the tables below for bookmakers with the best Troyes vs Clermont stats as well as the latest form and H2H information.

The fixture between Troyes and Clermont is a battle for survival. The hosts are 15th on Ligue 1 table but only four points above relegation playoff spot and seven points clear off the red zone. Troyes must win another game to steer away from the possibility of getting relegated this season, so we expect the hosts to put in the effort needed on matchday.

On the other hand, Clermont is troubled by poor defending that leaked 15 goals in the last five games. The visitors have not tasted victory in seven games now, five of which were massive losses. In the five losses, Clermont leaked at least two goals in every game. We expect Troyes to win but not with a big margin because the hosts haven’t been good in converting their chances. 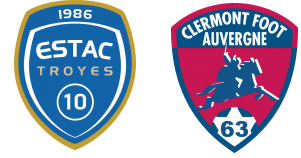 When is the Troyes vs Clermont game taking place?

Where will the match be played?