Clermont vs Lille is our second preview of Ligue 1 predictions and tips after the international break. This will be the first encounter between these teams in a competitive game. Read on to find out how we are tipping the teams to perform against each other.

Our Best Picks and Tips for Clermont vs Lille

After a poor start in the new season, reigning Ligue 1 champions Lille are slowly catch up with the front runners after nine matches. The visitors are currently 9th on the table with 14 points while Clermont is 15th with 10 points. Our best three picks for this game are as follows:

We expect both teams to score in this match. Looking at the recent performance of both sides, these teams seem to have defensive challenges. Clermont has leaked 20 goals in nine matches while Lille has conceded 14 goals in as many games. Interestingly, these teams have both scored and conceded six goals at home. Clermont leaked 14 goals on the road while Lille leaked 8 goals in as many games.

Lille to open the scoring

Lille has scored 13 while Clermont has 12 goals in nine games. But despite the close shave in finding the net, Lille has been more consistent in scoring. We are also backing away to score first because they have a better defence in this matchup.

We think these teams will cancel each other out to share the spoils at full-time. This is the first encounter between these teams so we expect a tough duel and a cautious approach to the game. A correct score of 1-1 comes with a good price on NetBet.

Clermont vs Lille: the Best Odds, H2H and the Latest Team Stats

The tables below summarize the best odds from other selected bookmakers, team stats and H2H.

The first encounter between Clermont and Lille is expected to generate a lot of excitement on matchday. Both teams look to make a statement in this fixture. But given that these teams are both struggling with a shaky defence, it is hard to predict an outright winner without looking at the latest stats after 9 Ligue 1 matches. Clermont Foot has 2D and 3L in the last five matches while Lille has 3W and 2L within the same duration. The hosts have two clean sheets in the first two games of the season but have since failed to keep out opponents from scoring. On the other hand, Lille has one clean sheet, a result they recorded in a 2-0 victory over Marseille before the international break. Managers of both teams have also met twice with Clermont’s Pascal Gastien boasting 1W in four encounters with Lille’s head coach, Jocelyn Gourvennec. The visiting manager has 3W over his opponent and only one draw has been recorded in five encounters between the two tacticians. 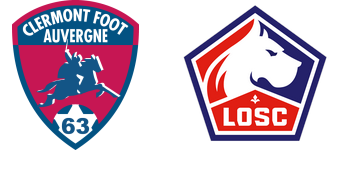 Who will referee Clermont vs Lille fixture?