It's 10pm on 2 May 2016 – and Claudio Ranieri has just performed a miracle. Leicester City's nearest challengers Tottenham had only managed a 2-2 draw at Chelsea – meaning the Italian's 5,000-1 outsiders had sealed a first top-flight title in the club's 132-year history. The media into meltdown. Superlatives were hurled at the incredible achievement from all angles.

Ranieri had already endeared himself to those watching the dramatic season unfold, with stories emerging like the team trip out to make pizzas as a reward for a clean sheet in the 1-0 victory over Crystal Palace.

Of course, there was also the ‘Dilly ding, dilly dong' quip in a press conference – sparking a whole raft of internet memes as the coach revealed he used an imaginary bell to keep the team focussed during training.

It seemed like everyone loved Ranieri, and most importantly he was delivering results on the pitch. His appointment was met with scepticism initially however, after he replaced Nigel Pearson at the King Power Stadium. Although a popular figure in England from his time at Chelsea, the Rome native was not renowned for delivering silverware.

The 64-year-old's managerial career stretches back to 1986/87 when he took the reins at Calabrian-based club Vigor Lamezia. Since honing his craft in Italy's lower leagues, Ranieri has coached at all of Serie A's top clubs – although spells at Napoli, Juventus, Roma and Inter all ended trophyless. 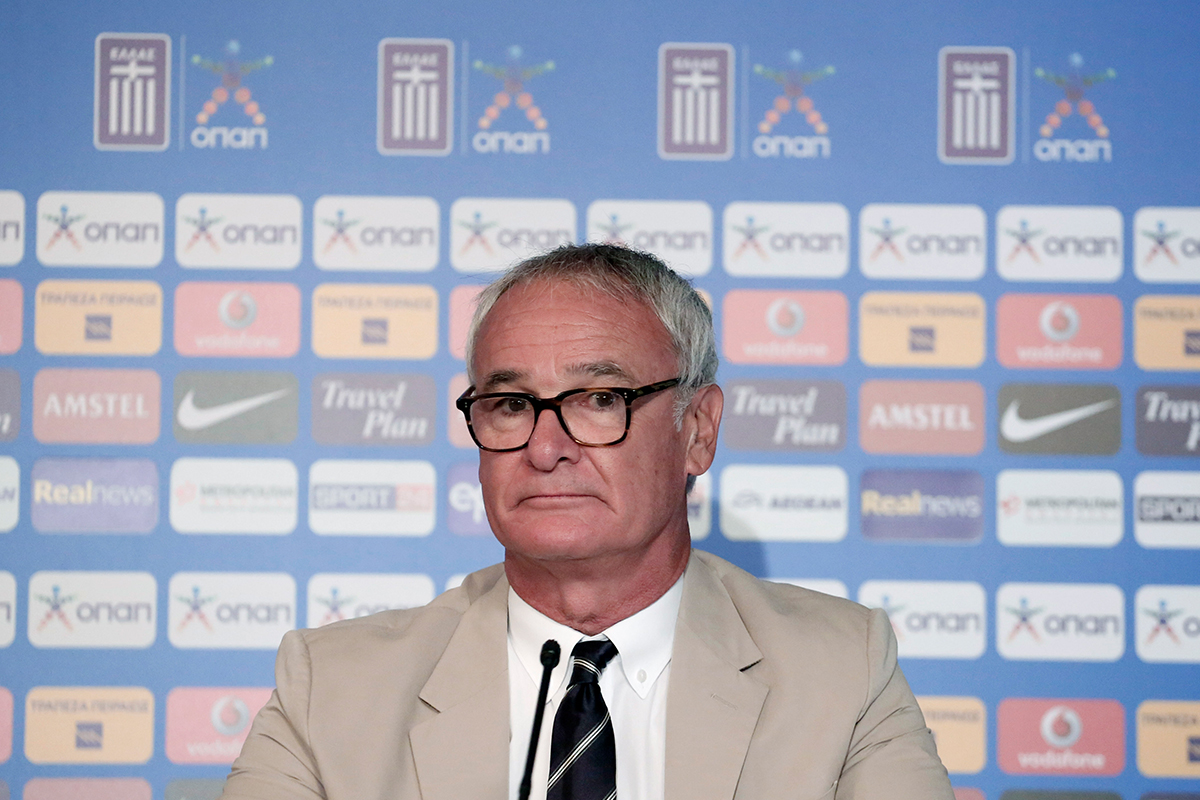 The ‘tinkerman' has been sacked seven times in his career, most recently from his ill-fated four-match spell in charge of the Greek national team in 2014. All of this added to the increasing uncertainty surrounding his recruitment at Leicester.

“To say I was surprised is an understatement. It doesn't make sense. You have to stretch your imagination. It seems a very strange way to go. I don't understand it…

“It is almost like a Sven [Goran Eriksson] appointment, where someone hasn't really done their due diligence on someone. To say he is hit and miss is an understatement. He is mainly miss… I have never really fancied him as a manager,” said former Foxes striker Steve Claridge of Ranieri's appointment.

Helping his boss to prove the critics wrong last term was Jamie Vardy; the former Non-League striker netting an incredible 24 Premier League goals en route to the title. This led to over-exaggerated comparisons in the press to another striker who thrived under Ranieri's coaching – the legendary Gabriel Batistuta. The Argentine marksman – who played in all four of the current Leicester boss' seasons at Fiorentina – scored an impressive 74 Serie A goals between 1993 and 1997.

Just as he had when replacing Pearson at the King Power, Ranieri had arrived in Florence in 1993 at a club struggling to establish itself as a top-flight force. The previous season had seen the Tuscan outfit relegated to Serie B – after president Mario Cecci Gori had fired boss Luigi Radice when the team were sitting at third place in the standings. Radice was replaced by three different coaches during the campaign that was turned into a nightmare after a promising start.

“Ranieri was considered a serious and capable coach when he arrived,” Federico De Sinopoli, president of Fiorentina supporters club ATF told Football Whispers. “He brought calm to a club that was coming to terms with playing in Serie B, a league that was at odds with a team with the history and tradition of the Viola.” 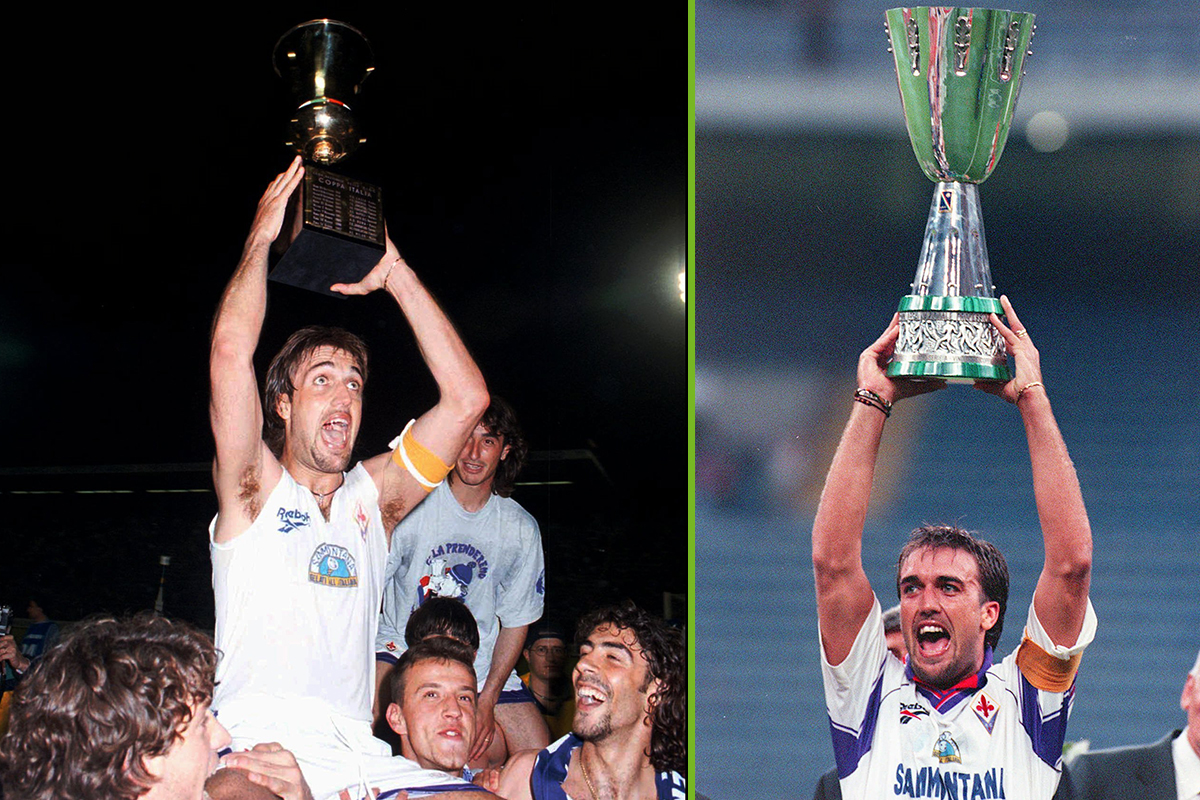 The first fixture in Serie B – away to Palermo – helped ease the shredded nerves from the previous season. Even without ‘Batigol' in the starting XI, a fired-up Fiorentina stormed to a 3-0 victory, and take the first step towards securing promotion back to Italy's top division. They achieved that aim thanks to 16 goals from the Argentinian striker, but their success was also based on the loyalty of players such as Francesco Toldo and Stefan Effenberg – who had stayed despite relegation – in addition to the guidance of Ranieri.

Fiorentina's fans have seen relatively little silverware given their clubs' rich history. But after just one season back in Serie A, Ranieri delivered two trophies to the one-team city. No less than 40,000 impassioned supporters awaited their team's return from Bergamo with the Coppa Italia trophy after victory over Atalanta… and the second was soon to follow.

The previous 20 years had been barren for Fiorentina, which was in stark contrast to their highly decorated Supercoppa Italiana opponents of 1996, AC Milan. The Rossoneri had won six Scudetti and three European cups in that same time but – like with Leicester -Ranieri thrived on being the underdog. The Tuscans were to take a 2-1 victory in August 1996 against a Milan side that included the likes of Franco Baresi and Paolo Maldini.

Things turned sour the following year, however, as poor league results saw the coach garner heavy criticism from the fans. “He responded to the criticism by saying the insatiable Florentines deserved a few years in Serie B to figure out what was wrong,” continued Fiorentina supporter Federico, adding, “and that the football aspirations of the city were higher than what it merited.”

This was seen as a terrible insult from someone native to Rome and, despite the trophies, it was considered a relief by many Viola fans when Ranieri left the club to join Valencia in 1997. Time has been a great healer though, perhaps best illustrated by the outdoor events organised in the squares of Florence in May to celebrate the Foxes' success under the former Fiorentina boss.

In Florence he paid the price for a blunt side to his personality, but is now lauded by the English media for his quirkiness. His career may have been just as mixed, but the Italian will certainly be remembered the world over in years to come for his incredible achievement last season.