Nothing in this world quite matches the sheer adrenaline of a local derby. The battle between neighbouring teams has an unrivalled ability to bring an entire city to a standstill, and the outcome of that 90 minutes can impact the local area for weeks, months, or even years.

Every football fan feels that their local rivalry is the most important on the planet, but the fans of Manchester City and Manchester United might just be right. It has already been forecast that this afternoon’s early season showdown will be watched by the largest global TV audience for any Premier League fixture, with people tuning in from over 190 countries around the world.

Following a summer of mind-blowing transfers from both camps, Old Trafford is also set to play host to the most expensive football match in history, with over £680 million worth of talent expected to start the game. That figure obliterates the current record of £562m set in last season’s El Clásico – so it is little wonder that the worldwide anticipation is unlike anything we have ever seen.

That's before we even get to the resumption of the dugout rivalry of the modern game. The appointments of Jose Mourinho and Pep Guardiola only adds further fuel to the fire, confirming that this is now the biggest single-city derby in England and, arguably, the world.

However, it’s not a derby that always captured the imagination. Even now, large sections of United’s older fanbase will cite Liverpool as the biggest game in the calendar, while clashes through the 1970s, 80s and 90s were way down on the list of English football’s most attractive fixtures.

That is not to say that the rivalry has not always produce its fair share of memorable moments. The iconic images of Denis Law’s backheel against his former club, or Gary Neville’s error leading to Shaun Goater’s strike in the final derby at Maine Road live long in the memory for Manchester City fans. 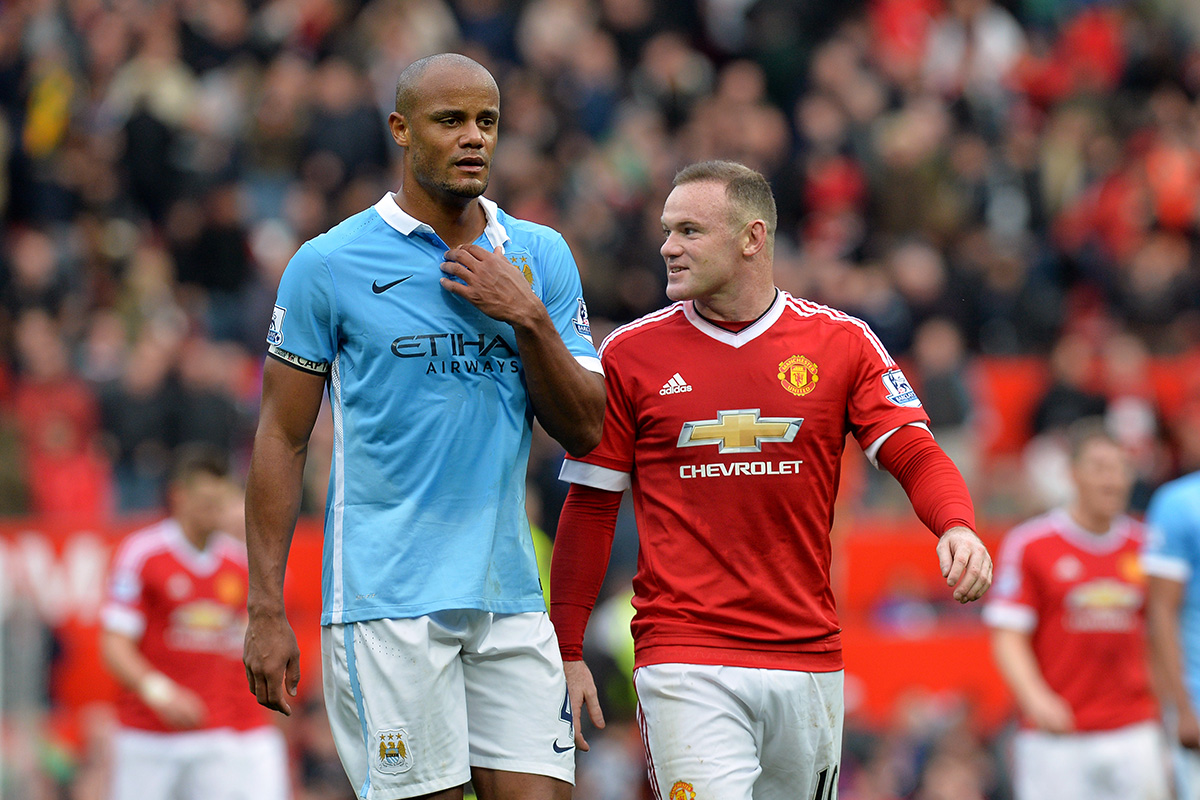 For long periods, though, they were in the shadow of their nearest rivals, who were more focused on winning titles and building a dynasty under the stewardship of Sir Alex Ferguson. On 1 September 2008, the landscape of the derby, and indeed the Premier League, was turned on its head in one fell swoop.

The arrival of Sheikh Mansour and the Abu Dhabi Group immediately catapulted the Manchester derby back into relevance. Meanwhile, a £32m deal for Robinho on day one of the new Etihad regime fired a signal of intent from the new Citizens owners; the ‘noisy neighbours' were born.

For the meantime, the Red Devils were pre-occupied with equally Liverpool’s record of 18 league titles while also attempting to become the first club to successfully retain the Champions League trophy. United would fall just short of European glory as they succumbed to a Barcelona masterclass in Rome. Nevertheless, there was no doubt regarding who were the best team in England. As for the Manchester rivalry, City were in the ascendancy, but still faced a massive battle to bridge the gap.

In the summer of 2009, the Mansour's millions (billions) fired another major signal of intent as Argentine superstar Carlos Tevez moved across the city. The infamous ‘Welcome To Manchester’ billboard bookmarked the dawn of a new era in the rivalry; the ‘noisy neighbours' now had to be taken seriously.

United were still the dominant force, especially on derby day; picking up five wins and a draw from the opening six meetings following the change of ownership at the Etihad. Nonetheless, derby day now carried far more significance than in previous years.

A thrilling meeting at Old Trafford just weeks into the 2009/10 campaign would encapsulate everything the fixture had become, with the feelings of euphoria and relief pumping through Old Trafford following Michael Owen’s last-gasp 4-3 winner telling a story of its own. United were still top dog for now, but City were knocking on the door.

Meanwhile, the importance of losing Cristiano Ronaldo to Real Madrid just weeks earlier could not be ignored either, and would be the key factor in the Red Devils surrendering the title to Chelsea come May. 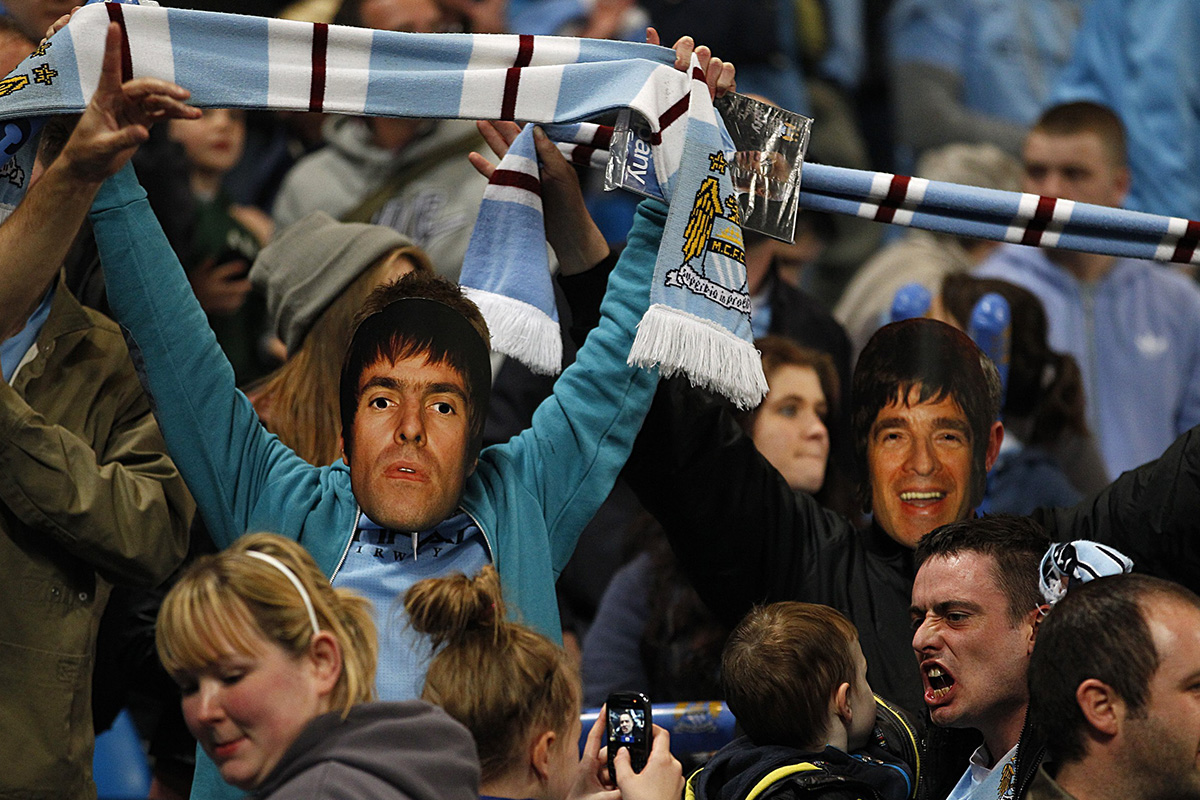 A change of manager just a week before Christmas would mark a huge moment in the history of Manchester City as Roberto Mancini brought an envious combination of experience, pedigree, and ability to win trophies.

Qualification for the following season’s Europa League was hardly mission accomplished at Eastlands, but it symbolised another step forward – although the Red Devils once again proved themselves as kings of the city by beating their neighbours in the League Cup semi-final.

With United finishing second in the Premier League, though, the ‘noisy neighbours' were gaining momentum Over the next two seasons, the volume would be cranked up to 11, and it would catapult the Manchester derby into the realm of world football’s hottest matches.

As far as the Premier League was concerned, 2010/11 was all about Manchester United as Ferguson’s 25-year obsession to knock Liverpool off their perch was accomplished with a record-breaking 19th league victory. The Red Devils also found themselves back on the greatest stage of all, meeting Barcelona in the Champions League at Wembley.

Once again, though, a Lionel Messi inspired Blaugrana clinched the trophy, preventing the Old Trafford club from repeating the heroics of George Best and co in the 1968 European Cup final win over Benfica under Wembley's old twin towers. Nonetheless, it was a season for celebration on Sir Matt Busby Way.

The Red Devils were not the only ones celebrating, though, as the Citizens ended their 35-year wait for a trophy by lifting the FA Cup at Wembley – Yaya Toure scoring the only goal to overcome Stoke in the final. The Ivorian had also been the hero in London in the semi-final, as he capitalised on a Michael Carrick error to give City one of their greatest derby wins over United. 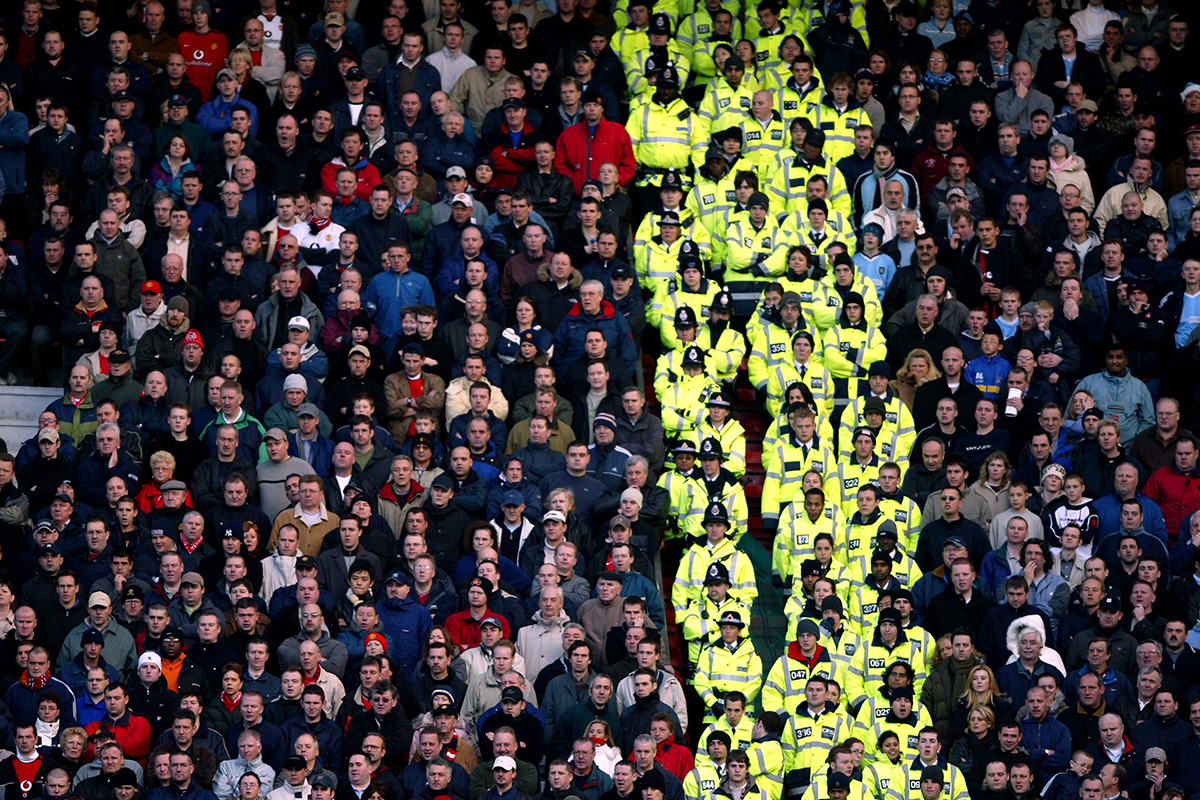 Knocking out their fierce rivals en route to the Cup had certainly made victory all the more sweeter; perhaps more importantly, it underlined that the underdogs were now ready to fight on a level playing field. As Carlos Tevez raised the famous trophy aloft, it was obvious that the blue half of the city would not need to wait another 35 years for glory. A new heavyweight had joined the top table of English football, and it would soon take its seat at the head of it too.

It was United who claimed the spoils as the sides resumed the rivalry at Wembley in the 2011/12 Community Shield. However, the next meaningful battle would be one of the most memorable matches of the Premier League era. The image of Mario Balotelli revealing a ‘Why Always Me?’ T-shirt is one of the lasting memories as a rampant City humiliated their rivals 6-1 at Old Trafford in Ferguson’s biggest ever home league defeat.

Unlike City’s wins during the mid-noughties, this one was more than just a magical afternoon for the blue half of the city. That win would be the catalyst for Mancini’s men as they established themselves as title favourites. When Vincent Kompany’s header sealed the points in April’s reverse clash, the dream of lifting a first league title since 1968 – a success that had largely been overshadowed by United’s European Cup victory – became a distinct possibility.

Mancini’s men entered the fateful final day with the clear advantage, knowing that a win against lowly QPR would be enough. However, things didn’t go to plan as QPR came back from 1-0 down to take a 2-1 lead heading into the last 20 minutes. It stayed that way until injury time and, with United winning at Sunderland, the dream looked to be over. Those last four minutes, set to Martin Tyler’s perfect commentary, will forever be remembered as one of the greatest finishes league season in the history of club football.

Once in a generation, football has the ability to produce a spine-tingling moment like no other aspect of modern life. Every football fan remembers where they were when Sergio Aguero scored that winner. That moment is pure football drama; the beautiful game at its very best. And while it may have been by the tightest of margins, it confirmed a changing of the guard in English football’s greatest city.

Ferguson would take the title back to Old Trafford in his final year before retiring but City, now under the management of Manuel Pellegrini, wrestle it back just 12 months later to complete a four-year game of pass the Premier League parcel shaped parcel.

Both clubs would taste domestic cup success last term, with City winning the League Cup before United clinched the FA Cup. In truth, though, both teams have been disappointing in the Premier League for each of the past two seasons. Following a massive summer of activity at Old Trafford and the Etihad respectively, most pundits expect the title to be heading back to Manchester in May.

Nothing is won and lost in September and, while this afternoon’s meeting could settle some old scores, it won't settle the destination of the title. Nonetheless, this is now a rivalry that has become the number one priority for both great clubs, and not only because of the history shared between the two managers. It should be a hell of a contest. 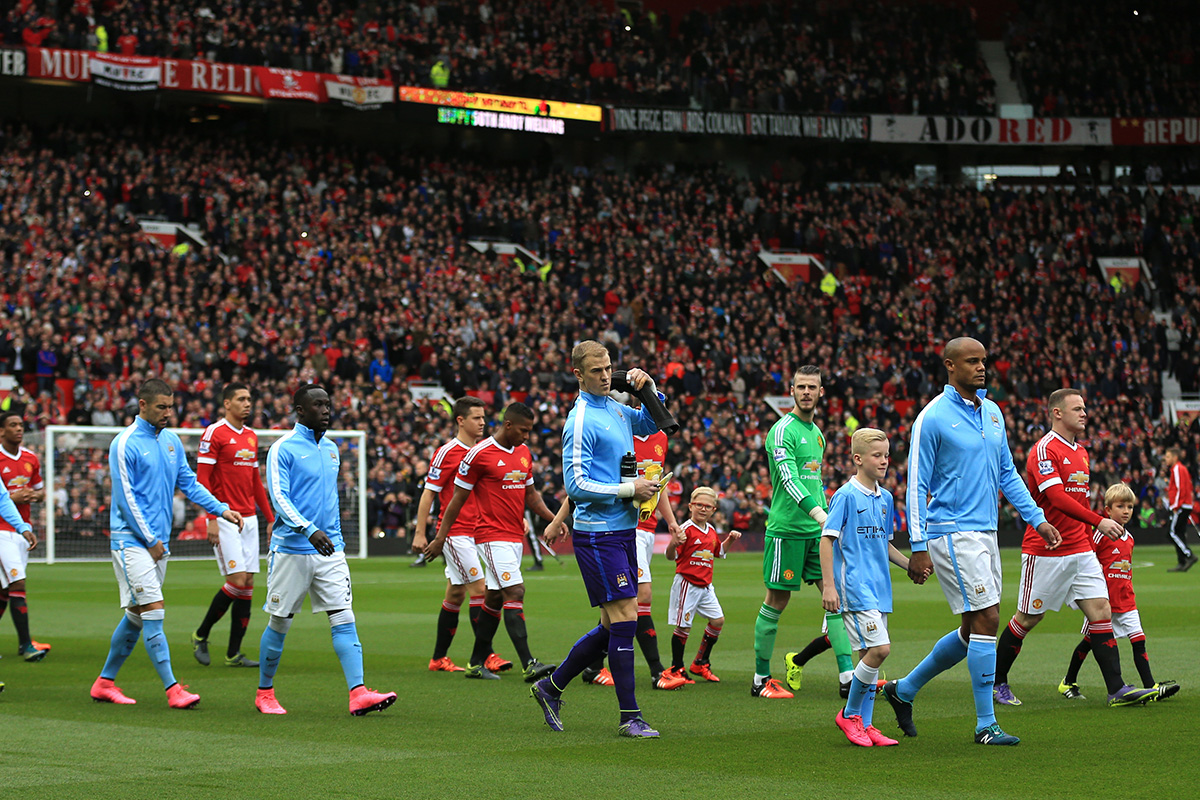