Things move quickly in the Premier League. “Chelsea over the years have proven to dismiss managers once they've had enough of hearing their voice,” Gary Neville, ominously, said recently.

“I don't think Chelsea will change Sarri during the season,” he went on to say, “but there are those warning signs that make you think it will be a surprise if it goes beyond the summer.

“That's not because I want him to leave, I think he's doing a good job, but Sarri probably realises the job he is in and looks at the players who are not doing what he wants them to do – they never probably will.”

And now there’s talk that Sarri might not stick at Stamford Bridge for a second season.

That’s not to downplay the genuinely worrying rut that Chelsea find themselves in. All teams have bad spells, some longer than others. Usually, unless things are really bad, they get out of them.

The team that the Blues face this weekend, Manchester City, are one such team. Even Pep Guardiola is not immune to a downturn in form.

With City, though, it was short and sharp. Tangibly painful, with results going against them, but over with quickly. Chelsea’s malaise, on the other hand, has been going on for a large part of the season, and was covered up by getting points on the board. With back-to-back defeats against Arsenal and Bournemouth, the crisis conch was blown.

‘The numbers’, for all the added insight they provide, tend to show Chelsea doing fairly well. They still have the third-best expected goals difference in the lead. What season-long stats struggle to show is that they built up a big chunk of this statistical lead in the first few months of the season. Since their first dozen games of the league campaign — coincidentally, the point of their first defeat, against Tottenham Hotspur — they’ve meandered along. 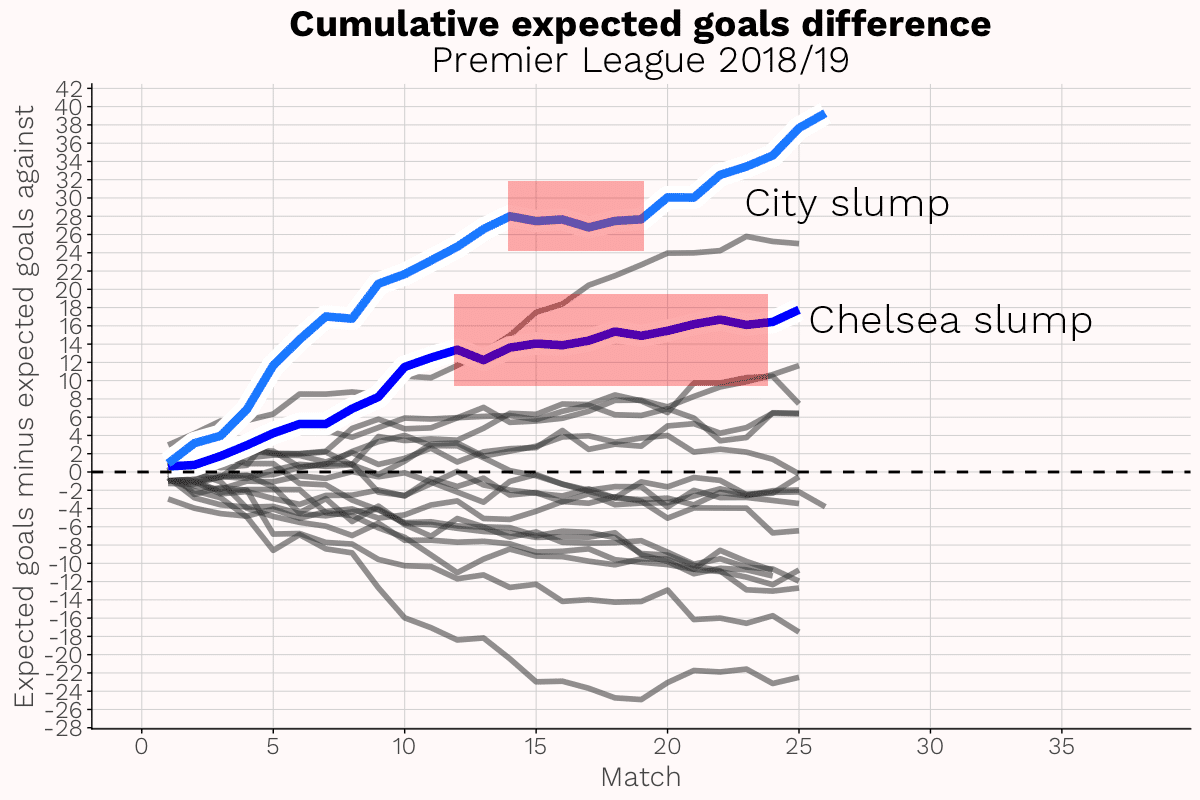 In that first dozen games, their expected goals difference was +13.39. The quality of their chances was outdoing their opponents by over an expected goal per game! That’s good, very good.

In the 13 matches since then, it’s been just +4.37, and that was boosted by the win against Huddersfield. Averaged on a per-match basis, that’s just barely being better than the team they’re facing on any given day, at just +0.34 expected goals per game.

Given that this slump has gone on for half a season, it’s no wonder that Sarri is wondering whether he can motivate his players out of it. Over this period of time, their pace has basically been as good as sixth-place Arsenal’s (or it was before the Gunners’ second-half slump against Manchester City). 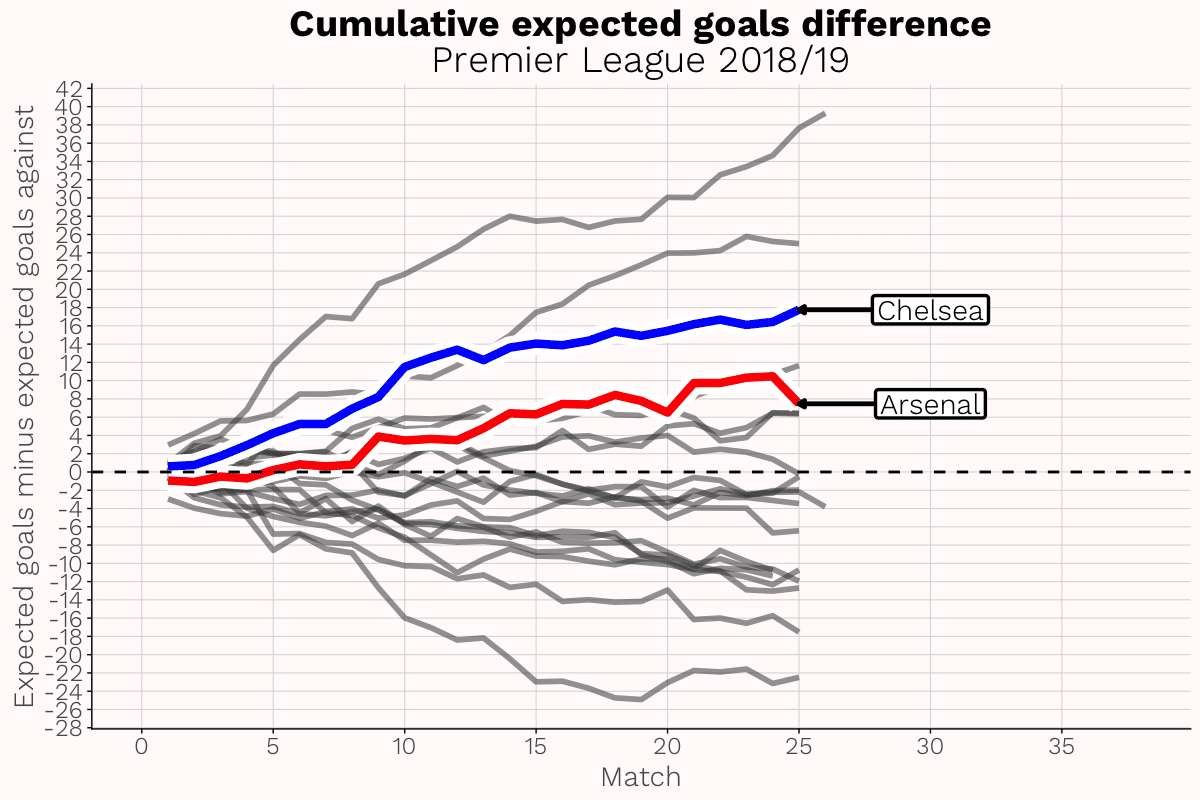 Guardiola and Klopp managed to ride out their difficulties and evolve over time, while building squads that made the current slumps, when they’ve come, shorter than they could have been.

There’s some, slight, evidence that Sarri is trying to adapt. The team are making fewer passes per game — 589 per game with an 87 per cent completion rate compared to 644 per game at 89 per cent completion. More interestingly, the amount of possession regains they make in the attacking third have shot up from 3.83 to 5.53 per match.

Whether these changes are by design or are, through one reason or another, being forced on Chelsea is uncertain. They are changes though, albeit ones that don’t (yet) seem to be doing them much good.

The 5-0 thrashing of Huddersfield was something of a Schrödinger’s match for Sarri — we won’t know whether it was the end of the slump until the slump has definitively ended, or not.

This match will give some evidence as to whether it’s still continuing or whether, like Guardiola earlier in the season, Sarri has been able to pull his team out of it.