After selling Marko Arnautović to West Ham United, there has been no real replacement for the Austrian at Stoke City.

Indeed, Darren Fletcher and Kurt Zouma are the only faces who have arrived this summer who would be expected to be a regular part of the matchday squad for the Potters.

But, it looks like Mark Hughes may finally have found his Arnautović replacement in Eric Maxim Choupo-Moting.

Sky Sports report that he is set to join on a three-year deal.

The 28-year-old Cameroonian, who is a free agent, scored three goals in 30 appearances for Schalke 04 last season, and represented his country at the World Cup in 2010 and 2014.

And that was reflective in terms of goals scored too, with six for the Austrian compared to the Cameroonian’s three, while it was a similar story in terms of assists with Arnautovic providing five for Stoke team-mates and Choupo-Moting four for his Schalke colleagues. 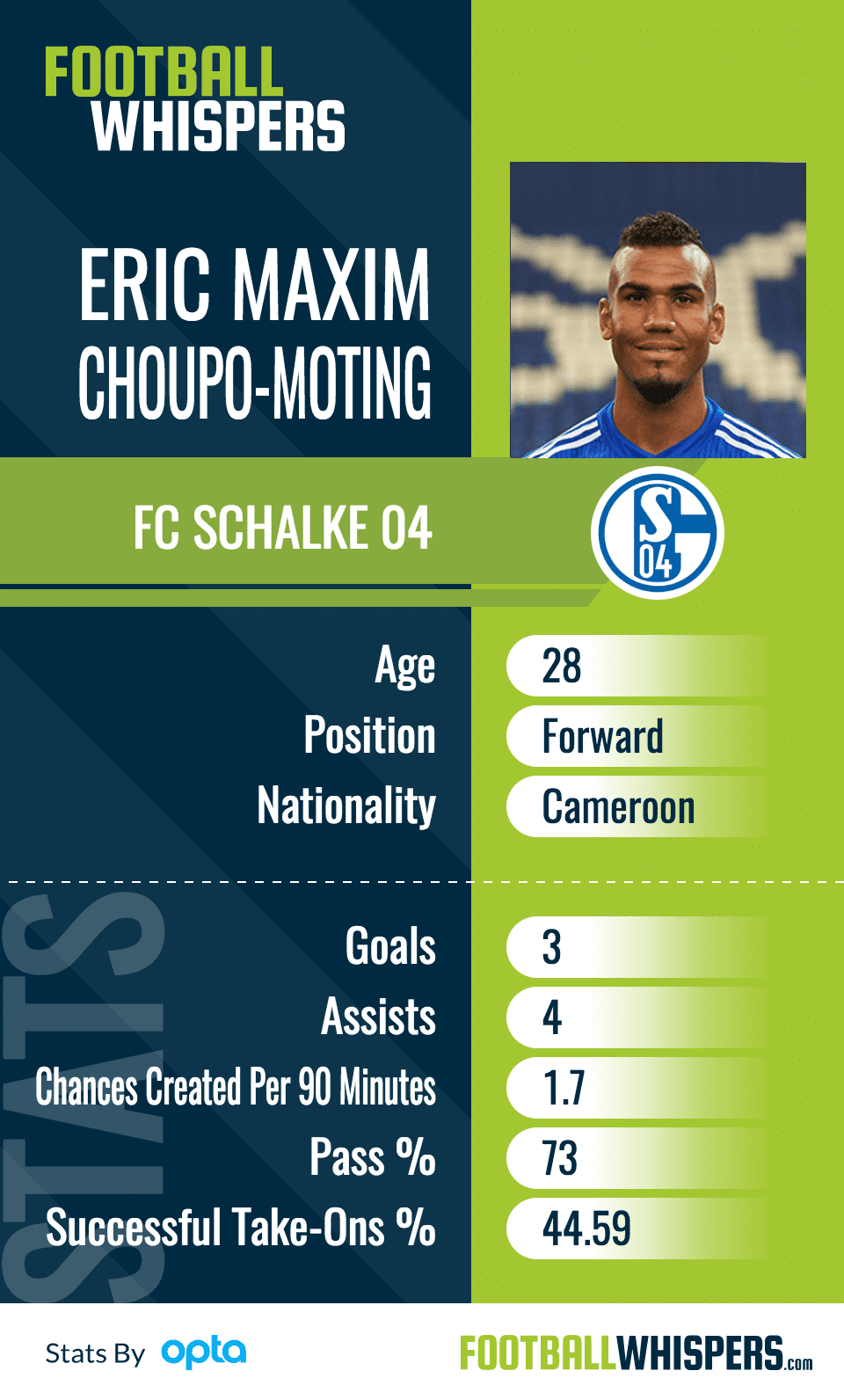 In terms of chances created per 90 minutes, the former Schalke man did come out on top though, with 1.7 to 1.66, but his pass completion rate was slightly lower, at 73 per cent to 75 per cent. 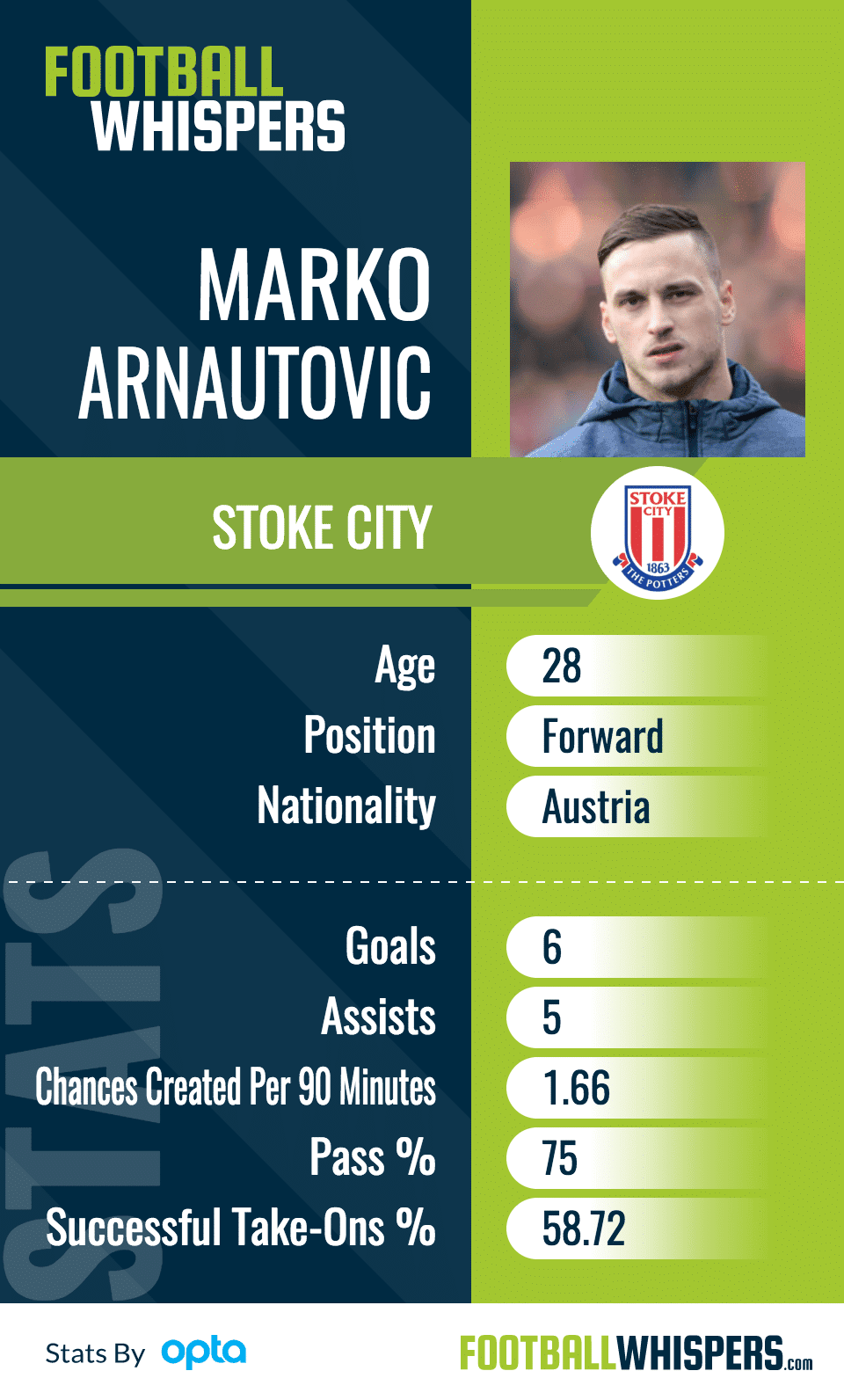 Perhaps you get what you pay for – by no means is Choupo-Moting a bad option, but he is a free transfer, while Arnautović ended up being West Ham’s record buy.

That’s not to say Stoke haven’t got the better end of the deal, on a free transfer, there is nowhere near as much pressure on Choupo-Moting, and if he doesn’t live up to expectations, he could allow the likes of Ramadan Sobhi to shine. 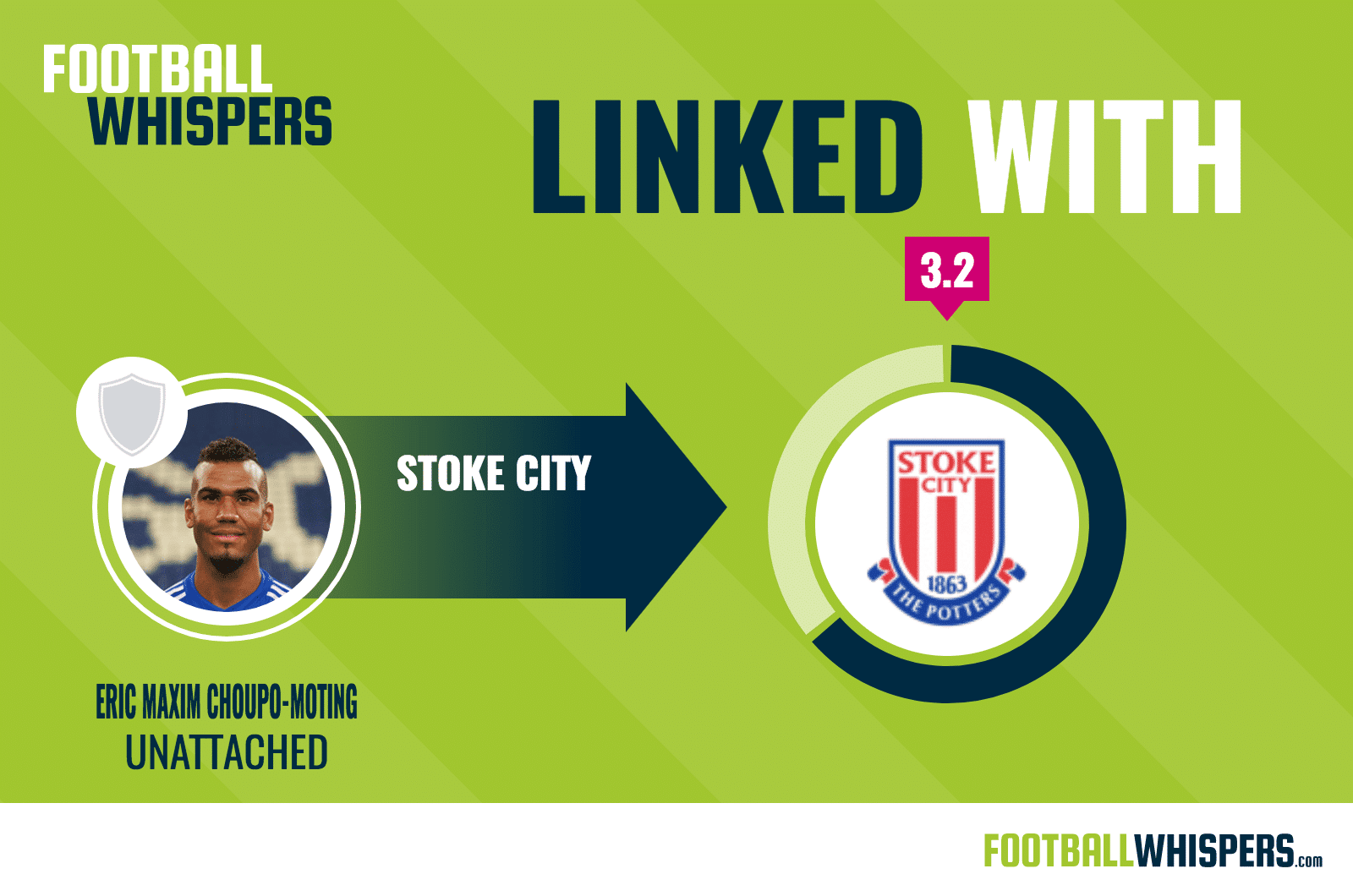