In this article, we will go over the Cheltenham vs Colchester betting odds, predictions, and tips about certain markets. The stakes are not high in this match as one of the sides is already pretty much promoted to League One while the other team can breathe a little bit more freely after avoiding relegation. You can also take a look at the rest of the League Two betting tips on our site.

Our experts came up with the following predictions and free tips for the Saturday fixture. Our recommended bookmaker for this match is Ladbrokes.

Remember to always check the prices on the bookmaker platform before you make any wagers because they change constantly and might have been updated after we posted the article.

Cheltenham is on the shortlist for promotion to League One if they can keep their current form. They won six out of their last eight home games and won 60% of the last ten League Two games. Colchester on the other hand managed to win only the last two out of ten games they played, and when they are away from home, they have won only one game, while the rest were either lost or drawn.

Cheltenham has played only two games in the last ten where both teams scored. Colchester has only three BTTS games out of their five most recent ones. Cheltenham's total BTTS games for the season are only 38%.

Recent Head-to-Head Statistics and Data for Cheltenham vs Colchester

In the tables below, you can view all the recent match histories of both teams, including games where they played against each other.

Match Preview of the Cheltenham vs Colchester Fixture

Cheltenham is on their way to League One and their recent form is better than Colchester's. Colchester has three players at risk of suspension and no injuries to speak of, for now. Tom Eastman has the most yellow cards – nine. Cheltenham is a little better in that statistic because they only have one player at risk of suspension with four yellow cards.

Although both teams have scorers with eight or more goals during the League, you would think that they tend to score a lot, but it's the opposite. We don't believe that many goals would be scored during the match. 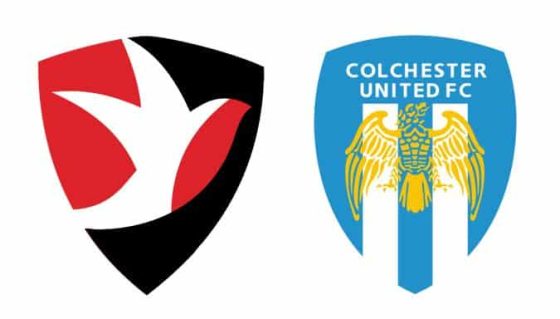 Frequently Asked Questions Regarding the Cheltenham vs Colchester Match