The UEFA Super Cup will be played this Wednesday and the Chelsea vs Villareal duel should prove to be very exciting. With that in mind, we have prepared a detailed preview of the game for you, along with some free betting tips.

Our top betting tips and predictions for Chelsea vs Villarreal

If you can't choose the right Chelsea vs Villarreal bet, take a look at some of our favourite betting predictions and tips for this match:

It's hard to decide whether Chelsea winning the Champions League was a bigger surprise than Villarreal winning Europa League, but that turn of events will pit these two clubs against each other for the first time ever. Chelsea had better results in friendly matches than Villarreal and it's obvious that they are the better team, so our prediction is for Chelsea to win this game.

While we expect Chelsea to win this match, we also think that both teams can score in this one. Both teams have scored in all three preparation games played by Chelsea, while the same is true for three of the four friendly matches that Villarreal played over the past few weeks.

Gerard Moreno to Score at Any Time

Since we expect Villarreal to score at least one goal in this game, it's logical to expect that goal to come from the team's top goalscorer last season and one of the best Spanish strikers at this moment. Gerard Moreno scored 23 goals in La Liga last season and added 7 more goals in the Europa League, so if anyone scores for Villarreal it will most likely be him.

Top odds and stats for Chelsea vs Villarreal

If you are searching for the top Chelsea vs Villarreal odds, check our list of odds from some of the best UK bookmakers:

Winning the Champions League for the second time in their history obviously made the last season for Chelsea one of their best ever, but the Blues also had other respectable results. For example, they also reached the FA Cup final, where they lost to Leicester City in a thrilling match. In the league, Chelsea struggled to get into the Top 4, but they did it in the end thanks to Leicester failing to win their game in the last round. When it comes to changes that Chelsea made during the summer transfer window, the most notable are Giroud leaving and Lukaku coming back to Stanford Bridge in a huge transfer.

The last season was truly historic for Villarreal since they've managed to win their first-ever European trophy with a win over Manchester United in the Europa League final. However, that effort did affect the team's performance in La Liga since Villarreal ended the season in the 7th place in the standings. Still, their win in Europa League secured them a spot in the Champions League this season and a chance to fight with Chelsea for the UEFA Super Cup. The team mostly remained the same, but Villarreal did add a couple of big names like Juan Foyth and Boulaye Dia. 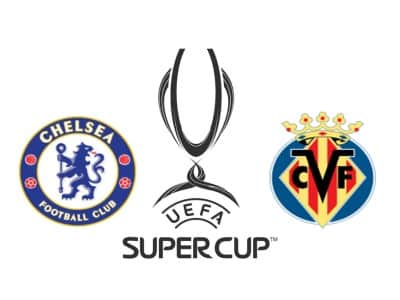