In one of a few Premier League matchups in the fourth round of the EFL Cup, Chelsea and Southampton will fight for a spot in the quarter-finals. So, here's our preview of the match, along with some free betting tips.

If you need some help to find the best bet for the Chelsea vs Southampton duel, check our favourite betting tips for this game:

Chelsea and Southampton to Draw at Half Time

If this was a Premier League match, we would expect Chelsea to dominate from the start and take the lead in the first half. However, this is an EFL Cup meeting and we are not sure how will the team's look for this game. Also, Chelsea will be without Lukaku and Werner, so they will have no classic striker. And while we still expect them to get the win here, we think that the match will be decided in the second half.

Three of the last five head-to-head duels between Chelsea and Southampton have gone over 2.5 total goals and we expect to see the same in their upcoming EFL Cup duel. After all, Chelsea averaged 2.89 goals per game in the Premier League this season, while Southampton averaged 2.22 goals per game in the same competition. So, they should be able to combine for at least three goals here.

If you want to check the latest odds and stats for the Chelsea vs Southampton game, you can find them right here:

After losing to Man City in the Premier League and to Juventus in the Champions League, Chelsea notched three straight wins in all competitions to get right back on track. They also scored 12 goals in those three matches, without conceding, so they are certainly high on confidence, especially since the team is currently sitting at the top of the Premier League table. Chelsea will be without Lukaku, Werner, and probably Pulisic in their upcoming EFL Cup game, due to injuries.

The Saints have been pretty inconsistent this season in the Premier League, winning only one of their first nine matches. In addition to this, they also have five draws and three losses and they are sitting in the 16th spot in the standings, four points away from the relegation zone. On a more positive note, the team did reach the fourth round of the EFL Cup, in which they will be without Ward-Prowse, Stephens, and probably Borja, who are all on Southampton's injury list at the moment. 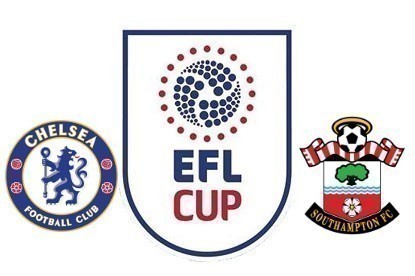