This preview looks into the second leg of the Champions League quarter-finals match between Chelsea and FC Porto at the Ramon Sanchez Pizjuan.

A commanding 2-0 lead carried over by Chelsea makes this game to be straightforward, but it can throw up a lot of surprises with Porto having had some wonderful results so far this season. The best betting tips for this match are:

The odds presented here are always subject to change. One should check with the bookmaker before placing the bet. These odds are provided by William Hill, our recommended bookmaker for the big game.

Chelsea have been able to quickly recover from the blip against West Brom. The commanding 2-0 lead is unlikely to change Thomas Tuchel’s tactics for this match. Porto, though, have to attack from the first whistle and this is likely to leave spaces at the back. Chelsea are very clever to exploit such spaces and this would ultimately help the hosts win.

Even though Chelsea have picked up back-to-back wins since the loss to West Brom, the defensive confidence is not at 100% to just yet. Crystal Palace showed that Chelsea can make a defensive mistake when under a lot of pressure. Porto may try to mimic this tactic and they might get in away goal to keep the blues on the toes.

Olivier Giroud has been marginalised in recent weeks with the striker getting very few minutes Premier League. However, he was called up for the last 25 minutes of the first leg against Porto. He is a hugely experienced forward who can exploit even half chances to great effect. Giroud has an incredible six goals in as many Champions League appearances this season.

Thomas Tuchel will be aware that a 2-0 lead should not be considered as a gateway to the semi-finals of the Champions League, as the team has had some defensive lapses in recent weeks. The start to the match against Porto holds key to progression, as the blues have to avoid conceding an early away goal. There will be some rotation from Thomas Tuchel. There are no injury problems for Chelsea, who recently welcomed back N’Golo Kante a spell on the treatment table.

FC Porto have to get a blazing start to have any hope of progression to the semi-finals. Porto’s record in away games against Chelsea is pretty poor with no wins in four away games since 2004. Yet, an early goal could create panic amongst the West London outfit, who have been conceded six goals in the last three games. Porto will be without Mouhamed Mbaye for this game.

FAQs about Chelsea vs Porto game 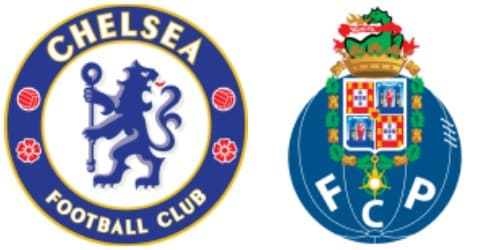 Where does this match start?

The Ramon Sanchez Pizjuan in Spain will be the location for this game due to travel restrictions.

Chelsea get the status of favourites for a win in this match at odds of 4/5.