Chelsea remain top of the Premier League table heading into matchday 9 where the Londoners face a winless Norwich side that occupy last place and have just 2pts to their name. This is a game that the hosts are expected to win with ease but Norwich have kept clean sheets in each of their last two outings, so this might not be a simple walk in the park for Tuchel's men.

We're not expecting this game to produce a lot of goals for a number of reasons. Firstly, four of the last six encounters between Chelsea and Norwich have produced under 2.5 goals, while four of Chelsea's and four of Norwich's last six outings in all competitions have also witnessed fewer than three goals being scored. Chelsea head into this game on the back of a Champions League game in midweek against Malmo and may have to rotate their starting eleven to avoid fatigue which could lead to injuries.

As far as a final scoreline is concerned, we're backing a 2-0 win for the home side but wouldn't be surprised if the game only produced a single goal. Chelsea beat Norwich 1-0 the last time the pair met at Stamford Bridge in 2020 and the hosts have only scored more than two goals in two of their last six fixtures (before the game against Malmo). Norwich don't offer much going forward and Chelsea's strong defence should be able to deal with anything that is thrown at them but at the other end of the pitch, Norwich have started to tighten things up so shouldn't concede more than twice this weekend.

Everything you need to know about Chelsea vs Norwich

A solitary goal from left-back Ben Chilwell proved enough for Chelsea to claim all 3pots from their trip to Brentford last weekend. Scoring goals has become a bit of an issue for the home side in recent weeks and Tuchel will be hoping to get better service into Lukaku on Saturday as this is a game in which the big Belgian should be looking to score a couple of goals.

Norwich still struggle to score goals but at the back they have started to look more solid in recent weeks. The Canaries last two games have both ended in goalless draws and if they had the ability to create more chances for the likes of Pukki, then perhaps they would have secured their first win of the season already.

Chelsea: Christian Pulisic, Thiago Silva, Antonio Rudiger and Hakim Ziyech are all injury concerns for the hosts this weekend.

Norwich: Billy Gilmour won't be able to face his parent club, while Przemyslaw Placheta, Todd Cantwell, Sam Byram and Christoph Zimmermann could all miss the trip to the capital through injury. 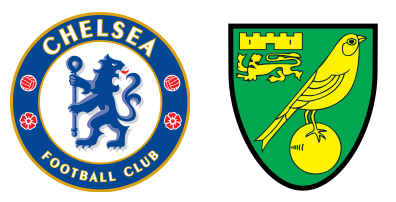