In the Champions League this week, Chelsea play host to a Malmo side that have lost their opening two matches, failed to score in both games and have a -7 goal difference, so guess who we're backing to win on Wednesday?

Here are our predictions for Chelsea vs Malmo.

Malmo lost 4-0 in their last Champions League game away at Zenit and now make the trip to Stamford Bridge which should prove to be an even tougher 90-minutes for the Swedish club. Over 3.5 goals were scored in Chelsea's last home games, a 3-1 win over Southampton, while at least four goals have been scored in three of Malmo's last five outings in all competitions.

Chelsea secured a 3-0 win when they last met Malmo back in 2019 and we're backing the London club to win by at least three goals on Wednesday night. A -2 handicap or spread bet means that the team you have back to win would need to secure a 3-0 victory at the very least as two of their goals are effectively chalked off before a ball has been kicked. Malmo were thrashed 4-0 in their last Champions League game against Zenit, a team Chelsea beat 1-0 on matchday 1.

Romelu Lukaku is the only Chelsea player to have registered in the Champions League this season and the big Belgium striker has another 3-goals in the Premier League so far. We're backing Lukaku to score at least twice against a leaky Malmo defence that won't have come up against a striker as physical or clinical as Lukaku so far this season. We expect Chelsea to run riot in this game with Lukaku leading by example.

Everything you need to know about Chelsea vs Malmo

A solitary goal from Ben Chilwell proved enough for Chelsea to take all 3pts from their trip to Brentford at the weekend. The England left-back netted right on the stroke of half-time to put Chelsea in front in what was a tough 90-minutes for the visitors. Chelsea lost their last Champions League game 1-0 against a Juventus side on the rise but did beat Zenit in their first group game and are expected to comfortably beat Malmo this week.

Malmo top the Allsvenskan table following an impressive 3-0 win away at Ostersunds but their Champions League campaign is not nearly going as well. The Swedish club have lost their opening two games in what was already going to be a really tough six fixtures in Europe's elite club competition. After losing 3-0 to Juventus, Malmo then lost 4-0 away at Zenit and now face a tricky trip to England to face one of the Premier League's title challengers.

Chelsea: Ziyech, Rudiger and Pulisic are the main injury concerns for the home side this week.

Malmo: Ahmedhodzic is suspended, while Beijmo, Lewicki, Knudsen and Toivonen could all miss the trip to London through injury. 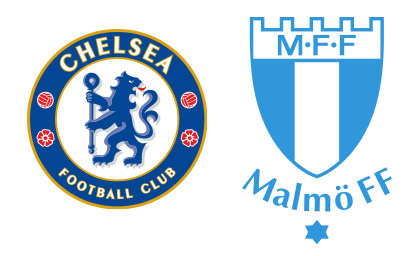