The knockout phase of Champions League is in full swing and the defending champions of this competition are up next. If you want to learn more about the Chelsea vs Lille duel, check our preview and our free betting tips.

Our best predictions and betting tips for Chelsea vs Lille

If you are unsure what is the right bet for Chelsea vs Lille, check our top betting tips for this duel right here:

Chelsea to Win at Half Time and Full Time

The London team enters this game after claiming the title of world champions with an extra-time win over Palmeiras, so the team is certainly high on confidence.

Meanwhile, Lille is still struggling to find their best form and they remain 11th in the French league, far from defending their title or even fighting for spots in Europe for next season. With that in mind, we don't see this game going any other way than Chelsea's way, likely after the team leads at half time as well.

Romelu Lukaku to Score at Any Time

It's been a rough season for the returnee to the club since Romelu Lukaku only scored ten goals so far in all competitions and he also struggled with injuries as well.

However, with two goals in group stages of Champions League, he is only behind Timo Werner who scored three goals for Chelsea. So, we can see him getting into form starting with this game, so our next prediction is for Lukaku to score at any time.

The best odds, stats, and more for Chelsea vs Lille

If you are looking for the top Champions League odds, including the best odds for Chelsea vs Lille, you've come to the right place:

While the home team is the clear favourite in this game, we expect an exciting duel. So, let's take a closer look at both teams:

While Chelsea hasn't been convincing in their performances lately, they enter this game on a five-game winning streak, if we include extra-time wins over Plymouth and Palmeiras. The latter one brought Chelsea the first trophy of the season since they've won the FIFA Club World Cup, so the players are certainly not short on confidence.

When it comes to team news, Mason Mount is still struggling with an injury and he will likely sit this game out. Cesar Azpilicueta and Callum Hudson-Odoi are also questionable. On top of that, Ben Chilwell and Reece James are also out for this game.

Angel Gomes was injured in Lille's last game and he is likely out for the upcoming match. Other than that, the team is in good shape and they have no other injury concerns. 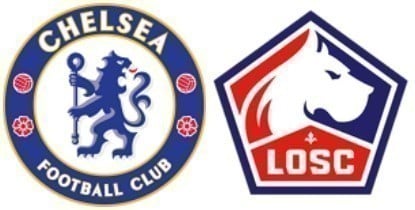