After suffering a painful defeat in the FA Cup by Leicester, Chelsea will be hosting the Foxes once again, but this time around in a league match. Stay tuned for the best free betting tips for this Premier League colossus clash.

Here are the best 3 free betting tips from our team of experts:

Make sure to check your betslip carefully before you place your final bet as the odds may change at all times without notice. Our recommended bookmaker for this match is Ladbrokes.

Although Leicester managed to snatch away the FA Cup with a 0-1 score, Chelsea is still the favored side. Thomas Tuchel's players were controlling the game at Wembley but lacked being clinical when it came to closing out their opportunities. Of course, Kasper Schmeichel also had a hand into that with some quite spectacular saves. Both Chelsea and Leicester need the points from this game to secure their top 4 position, so they will be incentivized to win. In their last 10 head-to-head games, Leicester has the upper hand with 3 wins compared to the 2 of Chelsea. This match-up usually results in a draw, so we are staying safe from that, but also backing the club that brings greater value – Leicester @ 5/2

Both squads are known for their disciplined defense, and that’s what we will bet on here. Head-to-head only 4 of their last 10 clashes saw both sides score. Furthermore, Chelsea is boasting a great clean sheet record ever since employing Edouard Mendy. Perhaps it would’ve helped if he was at goal over Kepa in the FA Cup Final.

In its last 10 games, Tuchel’s squad has had only a single game to go over 2.5 goals. Head-to-head only 2 of the most recent 10 meetings had 3 or more goals scored. The odds of 7/10 aren’t even that low for such a high probability outcome, and that’s why we are going behind the Under 2.5 goals bet.

Chelsea vs Leicester: Check some of the most important stats and find the best odds

We’ve compiled some crucial statistics for this match-up paired with the best available odds.

The battle for the top 4

Currently, Leicester and Chelsea sit on the 3rd and 4th league spot respectively granting them the possibility to play at the Champions League in the following campaign. Each squad has two games left of the season, but not the ranked 5th club Liverpool which has one game more at hand.  The Reds are just 4 points short of the Blues and 6 points short of the Foxes, so they have a real chance of dethroning one of the two squads.

Chelsea is the first to drop out of the top 4 if Liverpool is to rack the points, which means that Thomas Tuchel and his players will be fighting hard for the three points here. Even a draw isn't satisfactory for the London club, so we might see them go all out. 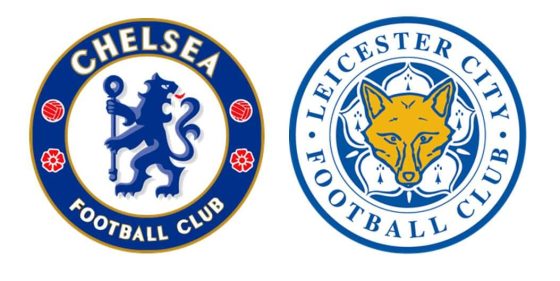