Chelsea have the Premier League title in their sights this season, so should be beating the likes of Aston Villa at home. The visitors will be looking to challenge for a top-half finish and possibly European football this season but so far they have endured a mixed run of results.

Our Best Betting Tips for Chelsea vs Aston Villa

Romelu Lukaku is off and running for the season and we're expecting the Belgium goal machine to find the back of the net against Aston Villa this weekend. Lukaku top-scored for Inter Milan last season and was in good form at Euro 2020, so it made perfect sense for Chelsea to bring him back to the club with the belief that he can fire them to glory.

Chelsea the favourites at home to Aston Villa

Chelsea were pleased to escape from Anfield with a point despite taking the lead against Liverpool. The visitors had a man sent-off and Liverpool equalised from the resulting penalty but failed to carve out a winner against the 10-men of Chelsea, much to the delight of Tuchel and his players.

Aston Villa were held to a 1-1 draw in their own backyard by Brentford last time out and are yet to really get out of third gear this season. After selling Grealish the club went on a spending spree and it is bound to take time for all the new players to gel.

Chelsea: Reece James is suspended following his straight red card against Liverpool, while Kante and Lukaku look set to return from knocks in time to face Aston Villa.

Aston Villa: Buendia and Martinez will miss this weekend's game due to quarantine regulations. Baily, Trezeguet, Sanson, Davis and Ramsey all have injuries but Konsa could return to the squad. 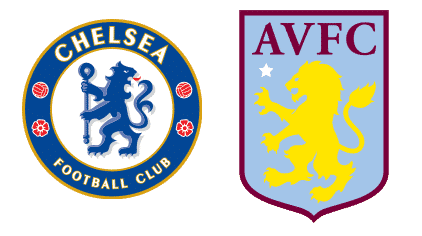