Fresh off the back of beating both Real Madrid and Man City, Chelsea now have the home advantage against Arsenal as Tuchel's men look to tighten their grip on 3rd place in the Premier League table. Arsenal failed to qualify for the Europa League final and with that went their hopes of playing in the Champions League next season, so now they simply must qualify for the Europa League or this season will have been a complete failure for Mikel Arteta.

Read on for our full match preview and prediction for Chelsea vs Arsenal in the Premier League.

Chelsea vs Arsenal – Our Free Predictions

Chelsea have won three of their last seven competitive matches against Arsenal, drawing once and losing three times during that period as well. However, Chelsea sit 12pts clear of the Gunners and have completely outplayed their guests in all departments this season. The hosts have won four of their last six matches in all competitions and claim the title of form favourites against Arsenal on Wednesday night.

Games between these two clubs haven't tended to be low-scoring in recent seasons but five of Chelsea's and four of Arsenal's last six outings in league and cup have produced under 2.5 goals and we're expecting a tight and tense 90-minutes on Wednesday. Chelsea have kept clean sheets in four of their last six matches and are so tough to break down at home.

Timo Werner hasn't exactly set the Premier League on fire as expected when he made the move from RB Leipzig but slowly and surely he has started to settle into life in England's top-flight. The German international has scored 6-goals in the Premier League this season and has scored two very important goals in his last five appearances for the Londoners, so we're backing Werner to find the back of the net against the Gunners.

All the stats you need ahead of Chelsea vs Arsenal

The Gunners set to fire blanks at Stamford Bridge

Chelsea surprised many by beating Man City in their own backyard last time out, a result that should give Tuchel's men the psychological edge over their opponents when they lock horns again in the Champions League final. Chelsea are enjoying an unbeaten run at just the right time in the season and will feel confident that they can maintain that good form against an Arsenal side that have beaten them in the pair's last two encounters. The hosts have an unbelievably strong defensive record under Tuchel and should prove very tough for the Gunners to break down. Kovacic could return for the hosts in time to feature against the Gunners but Christensen will miss the game due to a thigh strain.

Arsenal put the disappointment of their Europa League semi-final defeat behind them with a 3-1 win over West Brom at the weekend but face a much sterner test on Wednesday night. This season has been a write-off for Arteta and co and could lead to the Spanish manager getting sacked in the summer, as the higher-ups at Arsenal had hoped for some development in the 2020/21 campaign. Xhaka looks set to miss Wednesday's game through injury, but Luiz and Villar could return to the squad in time for the trip to Stamford Bridge. 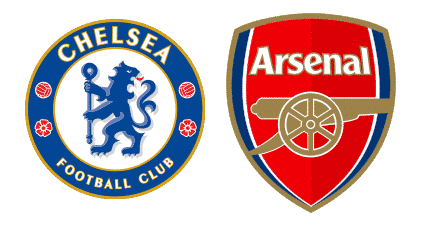