When it comes to Eden Hazard and Real Madrid, It’s always felt like a matter of ‘when' and not ‘if' it would happen. The Belgian superstar hasn’t ever been shy about it.

Real Madrid was his dream as a youngster and Zinedine Zidane was his idol.

However, after the Frenchman departed from the Santiago Bernabéu last summer, it appeared as though Hazard’s dream wouldn’t be fulfilled. But things change fast in football, and fast forward 12 months and reports claim the Europa League final will be the Chelsea No.10’s last game for the club.

L’Équipe say a transfer fee in the region of £86million has been agreed between the clubs and that Hazard will be announced as Los Blancos’ latest galactico before the month of May is out. 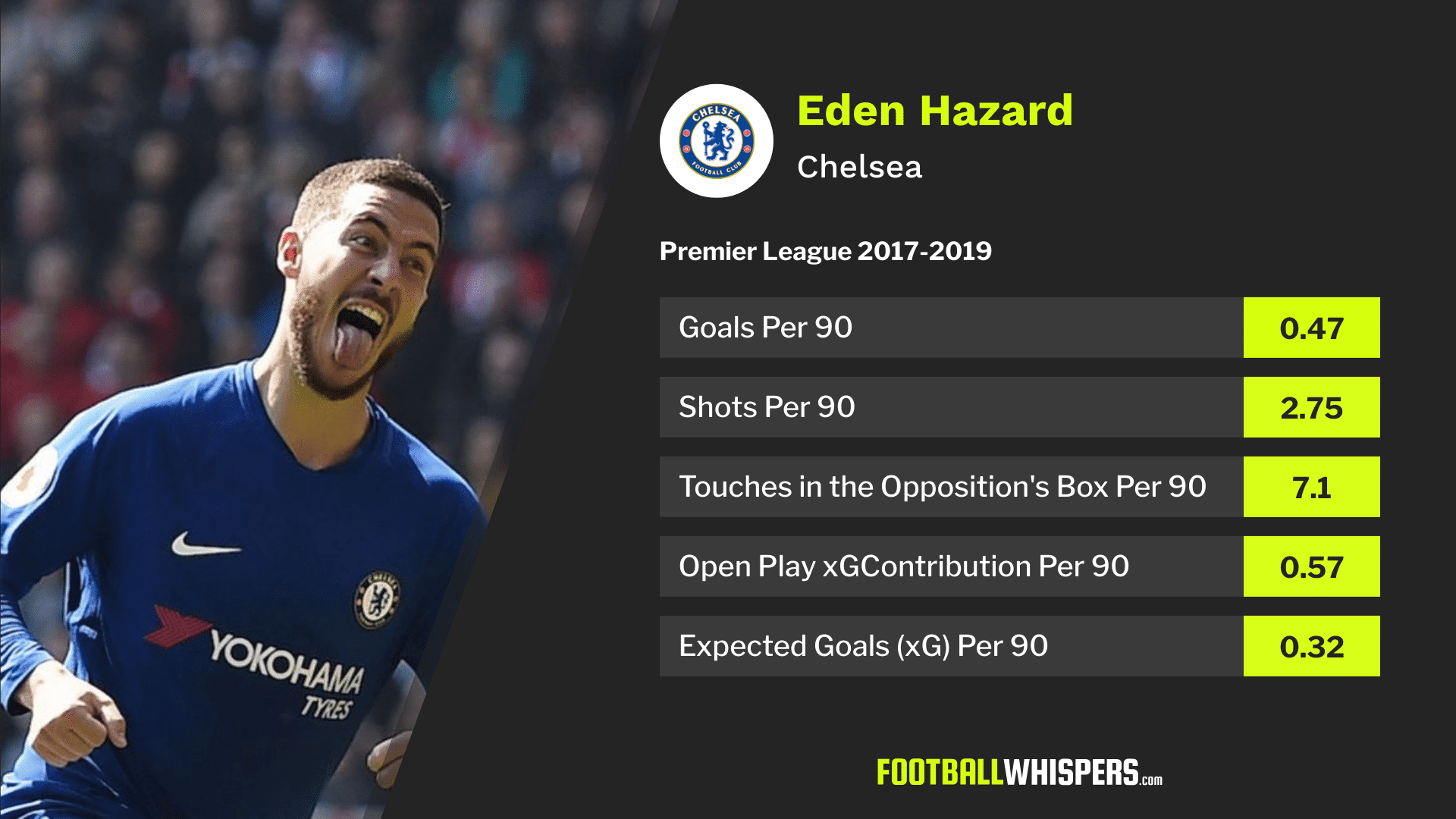 Chelsea’s summer hinges on whether they can overturn their transfer ban. If their appeal is successful, it could be one of the most interesting ones in a long time for the Blues.

Despite the impending arrival of Christian Pulisic and the fact they have the highly in-demand Callum Hudson-Odoi on their books, it’s likely the 2016/17 Premier League champions will want to spend the Hazard money on a replacement for the 28-year-old.

Here, we take a look at possible replacements for the Madrid-bound attacker.

The former Liverpool playmaker hasn’t had the best of times since his move to Barcelona. Jeered by his own fans, recent reports indicate he could be the first casualty in the aftermath of the defeat to Liverpool in the Champions League.

Chelsea are reportedly interested in bringing the Brazilian back to the Premier League and they’re perhaps one of a handful of clubs who could afford him at this current time. 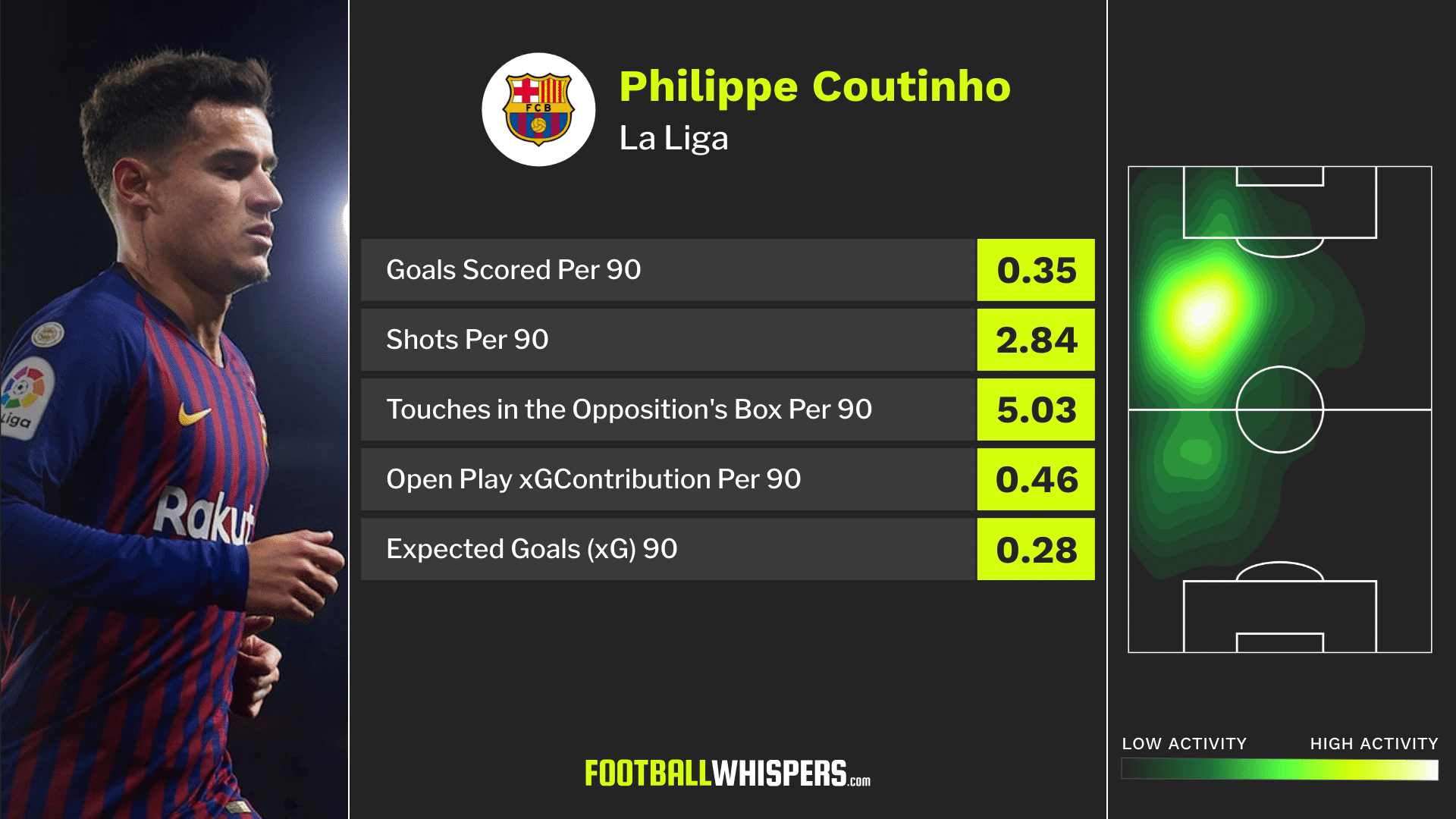 While he’s failed to really set the Camp Nou alight since his move in January 2018, his performances aren’t perhaps as bad as people have made out. He’s not as prolific as Hazard but, barring the final six months at Anfield, he never was. It’s also worth taking into account the fact the Brazilian doesn’t get a goals-boost from taking penalties either.

His numbers in the graphics aren’t that dissimilar to Hazard’s. He doesn’t complete as many dribbles, but very few players do.

He chips in with goals and assists and his underlying numbers, the expected goals and overall expected goals contribution, aren’t that far away from the Chelsea No.10’s over the past two seasons. That's with Coutinho seemingly underperforming since the move to Spain as well.

On his day he’s unplayable. He just needs to be the main man in a team. Could Stamford Bridge be the place he finds his new home? 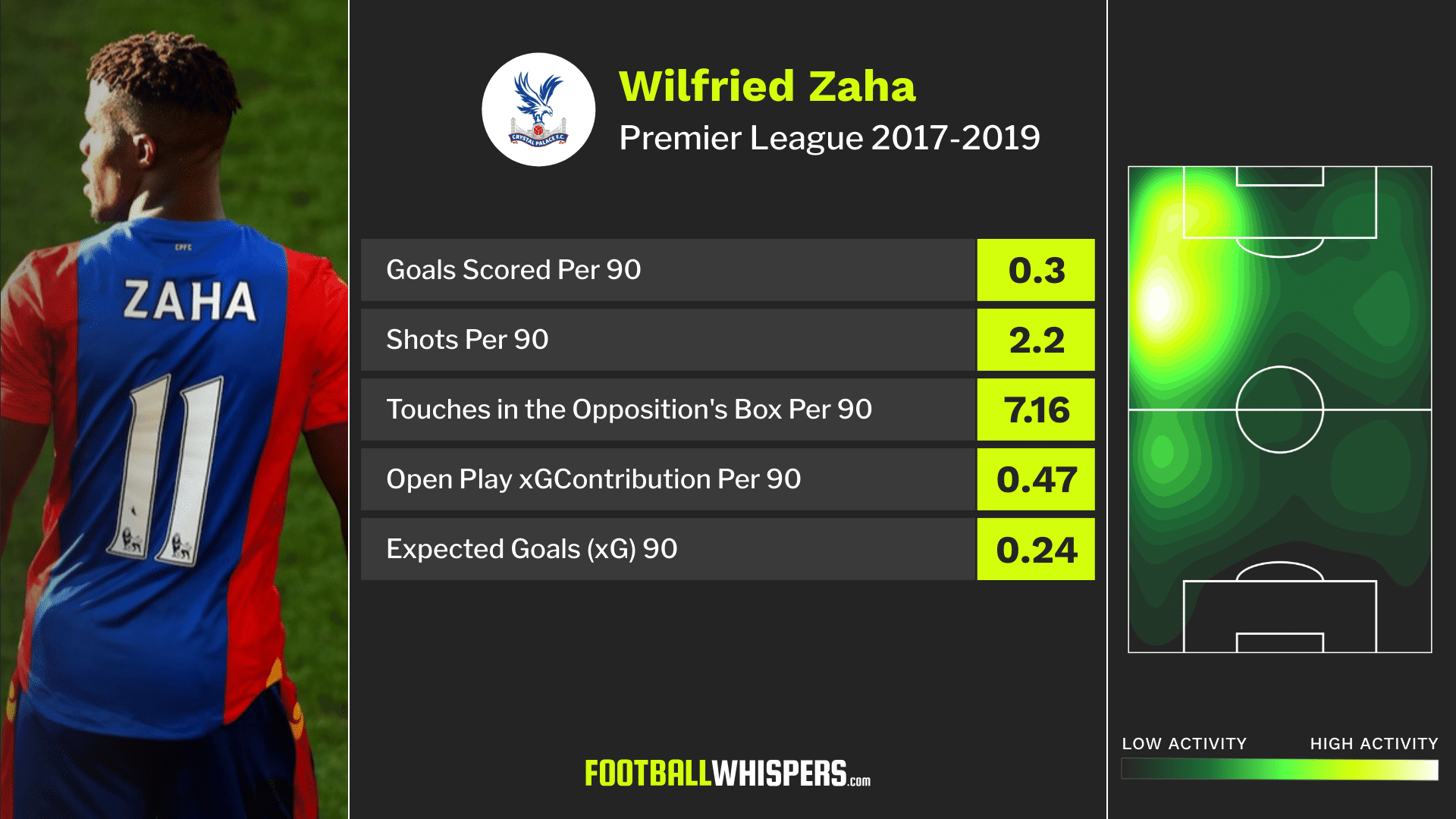 Zaha recently said he wanted to play Champions League football. And, unlike when he made the move to United, he's now ready to be the man at a big club.

It's rare that one of the top six has such an opening like this. But, with Hazard's departure, Chelsea need as close to a guarantee as possible and Zaha's done it time and time again in the Premier League for Crystal Palace.

The Eagles would demand close to £70million for their prized asset, but he might just be worth that to Chelsea.

While his output is nowhere near the level of the man he'd be replacing, he does share a number of traits with the Belgian which would, on paper at least, make the transition to the post-Hazard world a lot easier for the Blues.

The Napoli legend could be on his way out this summer after reportedly falling out with Carlo Ancelotti. Insigne could favour linking up with Maurizio Sarri, the man who turned him into a goal machine. 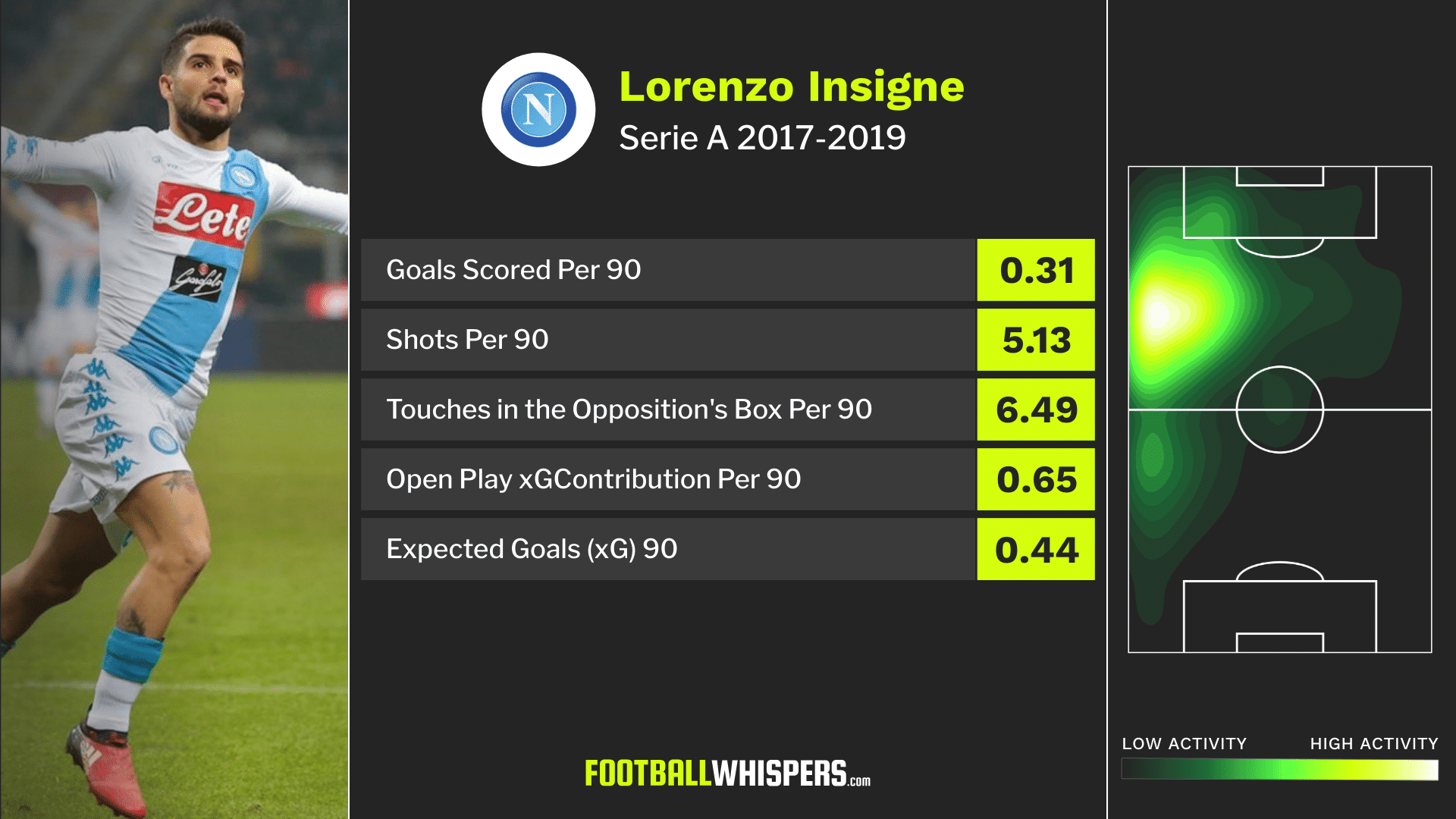 There are Hazardesque traits to his game. The way he slaloms inside from the left channel onto his favoured right foot. The way he can change the game with a shimmy of his hips. He is a game-changer and a match-winner.

However, there are question marks over whether he could carry his Serie A form into the Premier League. He turns 28 in the summer and many players need a year to adapt to their new surroundings.

It's a big risk to spend north of £50million on a player pushing 30 with no evidence he'd be able to take the English top-flight by storm. Having said that, Sarri is loyal to players who have served him well before. The Chelsea boss may feel he has it in him to get the best out of the 30-cap Italian international. 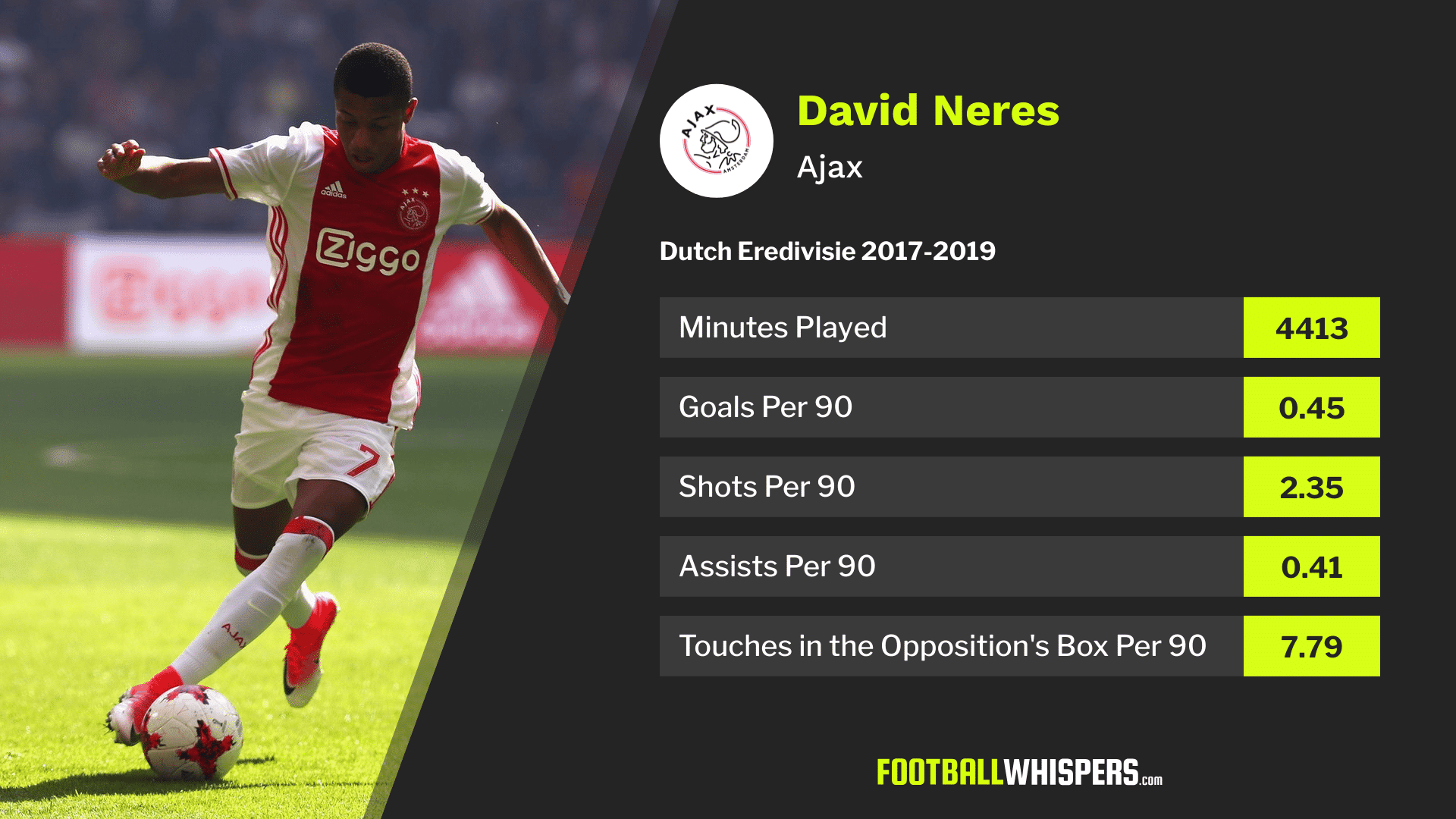 Neres is the wildcard on the list but is perhaps the most intriguing option for Chelsea if they have long-term plans. The Brazilian forward has been one of the bright sparks for Ajax this term and scored a stunning goal in the Champions League against Juventus.

It originated on the left flank before he cut inside and unleashed a right-footed effort beyond the reach of Wojciech Szczęsny. It's a goal Chelsea fans have seen countless times from Hazard.

Neres has been linked with moves to Everton and Liverpool over recent weeks but reports in the Netherlands initially said Ajax weren't in any rush to sell the 22-year-old. However, De Telegraaf now claim the Amsterdam-based club are interested in PSV Eindhoven star Steven Bergwijn.

This suggests Neres could be on his way out, given the one-time Ajax academy player occupies the same position as the No.7 on the pitch. If the Eredivisie leaders are planning for life after Neres then it hints at the former São Paulo man being available.

If Chelsea can somehow work Pulisic, Neres and Hudson-Odoi into the same forward line they'll be one of the most exciting teams in Europe.