Having won the Premier League the previous year, last season fell way short of expectations for Chelsea, who had to settle for a fifth-placed finish, 30 points behind winners Manchester City and 21 behind Manchester United.

It was a stark contrast from Antonio Conte's first season at Stamford Bridge and one for which the Italian is expected to pay for with his job – sooner or later.

There had been suggestions of player unrest towards the former Juventus boss whose demeanour was of a man who expected to be sacked and had little problem with that outcome.

Reports of player unrest pointed towards an unhappy club but one man who shone in an otherwise disastrous season for the Blues was Brazilian wideman Willian.

The 29-year-old is currently out in Russia playing for his country at the World Cup and, despite not having the allure of Neymar or Philippe Coutinho, has started all four of their games, proving how highly regarded he is. And he should be every bit as important to Chelsea next season if they're to bridge the gap to the top four once more.

However, Willian has been linked with a £50million move to La Liga giants Barcelona while also finding himself subject of Chelsea transfer rumours. The suggestion is the West Londoners would entertain the idea of selling the winger to fund much-needed surgery on their ageing squad. 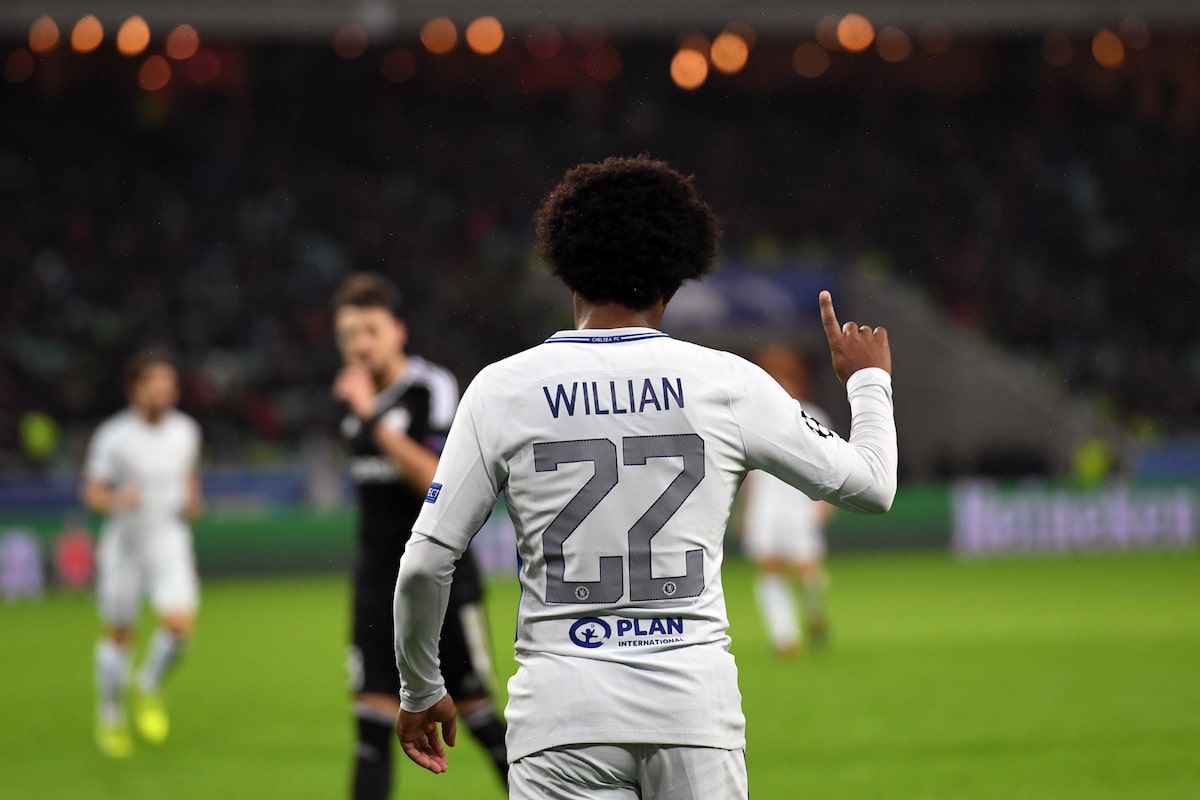 But Willian remains important. Too important to let go, even if there is money to be made. He played 55 times in all competitions for Chelsea last season, bagging 13 goals along the way.

Chelsea could make a big profit on the £32million shelled out five years ago to Anzhi Makhachkala. And although Willian turns 30 next month he has shown nothing to suggest he is on the downturn. If anything he remains as big a threat as ever for the Blues.

Willian stood out in three areas in particular last season. He ranked fourth in the Premier League among attackers for open-play key passes per 90 minutes with 2.05. He was equally impressive carrying the ball, completing 3.2 successful take-ons per 90, ranking seventh among his peers.

Importantly he had an end product, too, finishing with 0.33 assists per 90 for a total of seven in the Premier League – over performing against his xA per 90 score of 0.28. 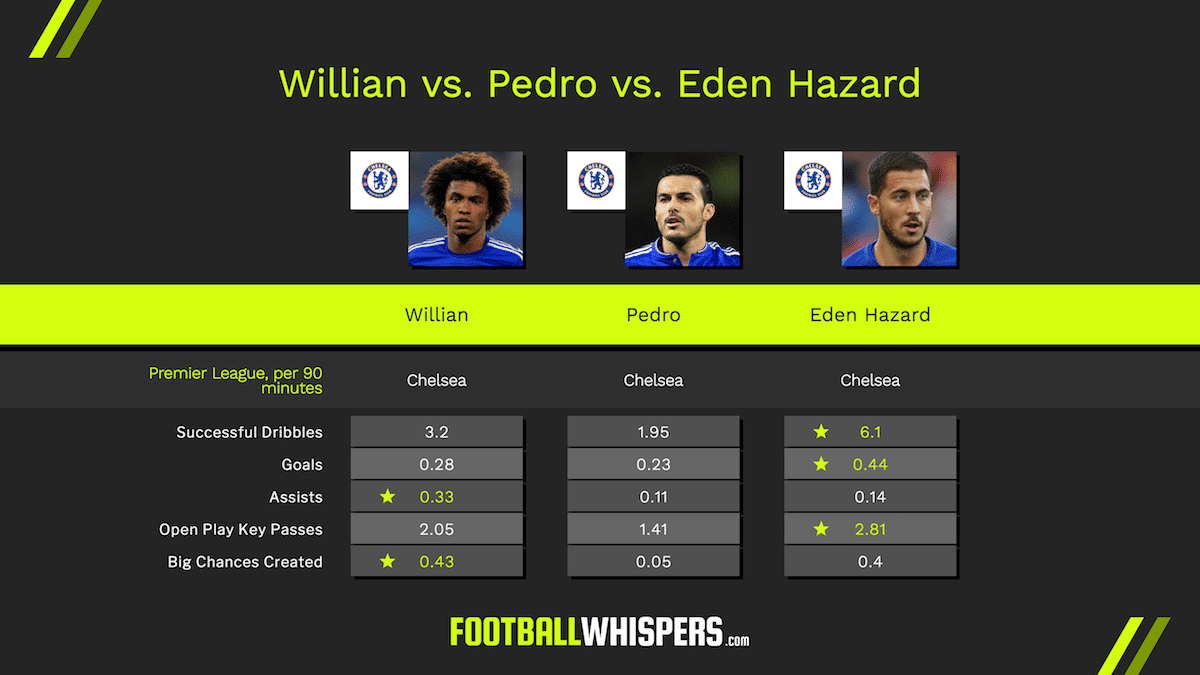 The Brazilian also out performed team-mate Pedro. The Spaniard, who was a vital part of Conte's side en-route to the title 12 months earlier, regressed in his third season at Stamford Bridge.

Eden Hazard‘s position in Chelsea's side is not up for grabs, however. The Belgian has been one of the Premier League's stand-out players for a number of years and it has always been Hazard plus one in the supplementary forward spots at Stamford Bridge.

The one-time Real Madrid transfer target completed more successful take-ons per 90 than any other Premier League player last season with 6.1. He was also ranked No.1 for open-play key passes with 2.81. While he remains at Stamford Bridge there is only one No.10 spot open and it should go to Willian.

The only metric in which Pedro beat Willian was shots per 90 (3.3 vs. 2.58). But his shooting accuracy (35.7 per cent) trailed the Barcelona transfer target (46.2 per cent) and resulted in just four top-flight goals to Willian's six.

A sizeable improvement is needed at Stamford Bridge next season. New arrivals are expected, with a striker seemingly a big priority if reports Gonzalo Higuaín is a Chelsea transfer target are accurate. But that forward player is going to need help from others, which is where Willian comes in.

While others' form reaches peaks and hits troughs in accordance with the team's form at Stamford Bridge, Willian is a model of consistency for the Blues. Yet because he is no-frills, workmanlike, industrious winger he is the first to make way.

It is time Chelsea started to appreciate the workaholic Brazilian for what he is: one of their most important players and someone around which the new Chelsea coach – be it Maurizio Sarri or someone else – should build the side.