Maurizio Sarri doesn’t usually hang around once the final whistle is blown, preferring instead to retreat backstage, light up a cigarette, and prepare his team talk.

But in Baku he was part of it in every way: partly responsible, joining in the celebrations, hoisting the Europa League trophy aloft having just seen his side see off Unai Emery’s Arsenal in the most convincing fashion.

Much of the talk will be about the losers. How fragile they were and how Emery — once a Europa League specialist — might not be the right man for the Arsenal.

But in the other dugout Sarri was finally seeing a plan come together. A plan he had not been given ample time to implement, but one which was working anyway, sort of…

In his first season at Chelsea, the Italian boss was tasked with initiating a rebuilding process. Not just of a squad which was ageing due to years of mismanagement of the path from youth academy to first team, but also of a club which apparently wanted to change the way they play football.

The pragmatism of years gone by has won Chelsea Premier League titles and, most famously, a Champions League trophy, but this was not enough in a modern game which consists of slick passing, intense pressing, defending from the front, and attacking with style.

Chelsea wanted some of what Manchester City, Liverpool, and Tottenham Hotspur have. A manager with a trendy football philosophy which could be absorbed by the club from top to bottom, producing a brand of football fans can enjoy.

Such a drastic change meant this would surely be a transition season, and Sarri would be given time to implement his methods. His appointment late in the off-season wasn’t ideal for such a task and meant there was little time for pre-season training, especially given the club’s schedule.

It was a tough job from the off, but during the early part of the season, Chelsea were knocking around near the top of the table and started the campaign with an 11 game unbeaten run, winning eight and drawing three.

The inconsistency which was predicted for them before the start of the season soon set in, but this early period give them a platform on which to build.

Despite the lack of time on the training ground due to that pre-season schedule, domestic cup runs and Europa League commitments, Sarri had Chelsea playing some nice football, but only in bursts, regularly admitting himself that not everything was clicking. 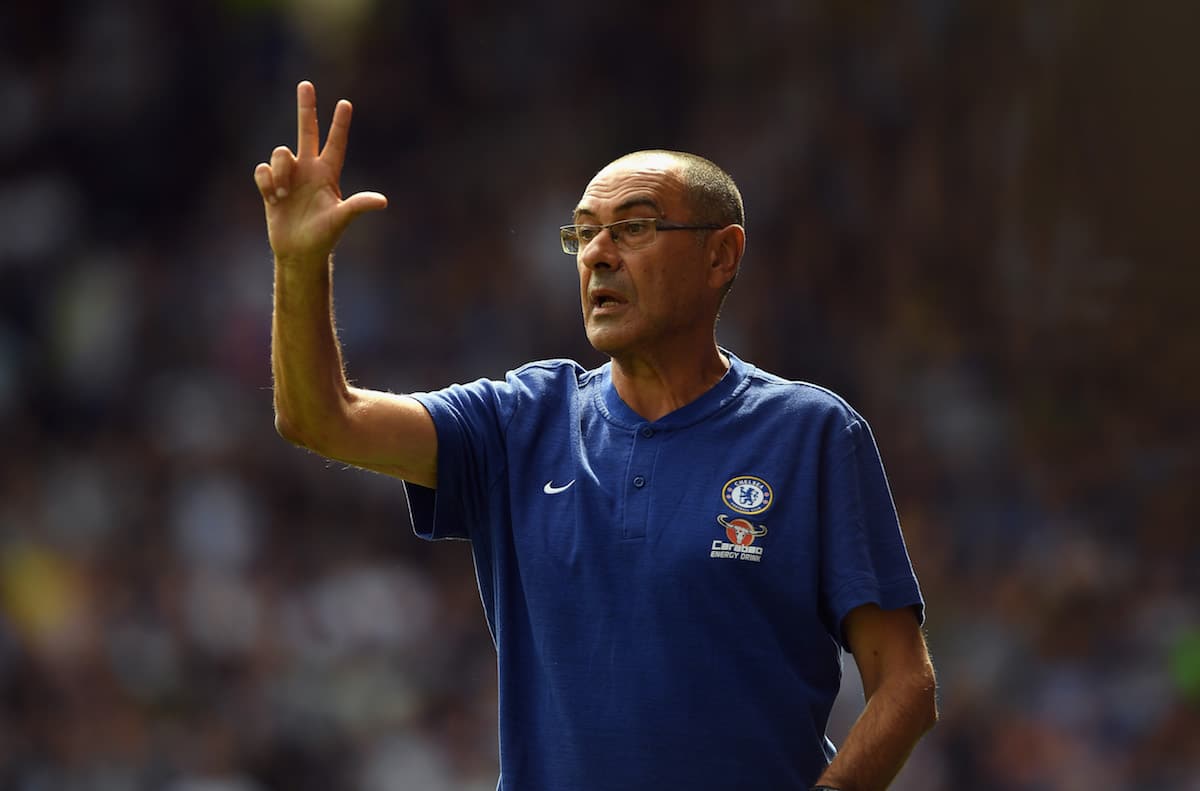 He led them to a League Cup final where they took a team widely considered the best in Europe — Manchester City — to penalties and was unlucky not to be lifting the first domestic trophy of the season.

Despite some inconsistency in the league Chelsea only lost once at home, and finished the season with the second-best home defensive record in the league. On top of that, they finished third, winning enough points to capitalise on Tottenham's dip in form during the second half of the campaign.

Spurs might say competing in the Champions League knockout stages was the reason for their drop in league form, but Chelsea were involved in the much more gruelling Europa League tournament and still did enough to finish the domestic season as the third best team in the land.

Not only that, but they went on to win the Europa League, not losing a game in the whole tournament and only drawing once before their two-legged semi-final stalemate against Eintracht Frankfurt which was decided on penalties.

Olivier Giroud had been Chelsea’s go-to man in the Europa League, as Sarri rotated his squad in Europe to keep everyone fit and firing. The Frenchman topped the tournament’s scoring charts with 11: the most goals in a European campaign for a Frenchman beating Just Fontaine’s record, and the most for a Chelsea player.

In Baku, he was joined at the top of the bill by Eden Hazard, a player who will leave the club at the end of the season, but thanks to Sarri produced his best return in a Chelsea shirt racking up 16 goals and 15 assists in the league. 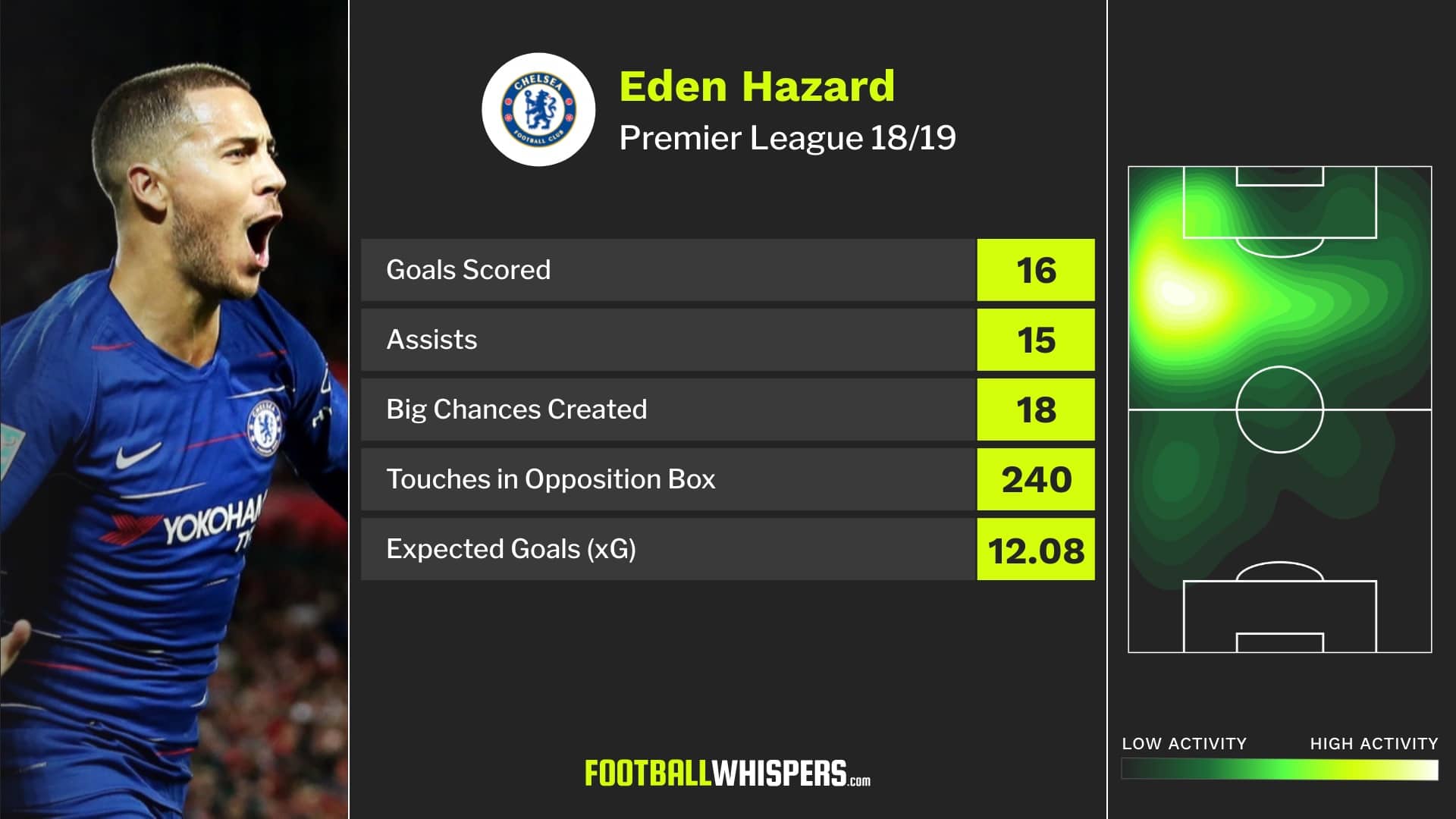 It was his most productive season since his 2011/12 campaign for Lille during which he scored 20 goals and made 15 assists, only missing out on the top scorer award because a guy called Giroud at champions Montpellier netted 21.

Sarri likes to coach, as shown in the display of anger at not being able to practise set pieces prior to the final. A moment which dominated the pre-match build up, perhaps with an alternative ending in mind.

He’s pleasant enough with the media once he sits down with them, but prefers to focus his efforts on the training pitch. This might explain why he’s not had the easiest of rides with some media who cover the club, but some of the negative coverage he’s received has been inexplicable.

He won’t hide his feelings, which is refreshing in the modern game and gives said media plenty to work with, but in the main, they have worked against him.

“He talks in front of the cameras in exactly the same way as if he was going for a cigarette out back with his mate,” relayed Gabriel Marcotti in the Times, quoting someone who knew Sarri well from his time at Napoli. 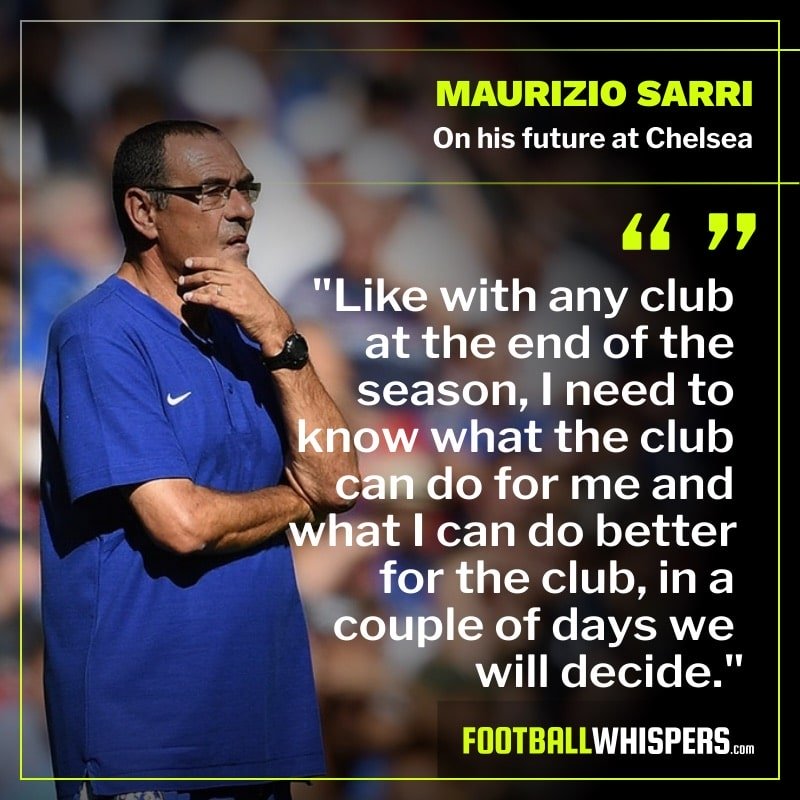 With a possible transfer ban just around the corner, Chelsea have a manager who famously shuns transfer dealings and likes to coach, and then coach some more.

It seems like an ideal scenario, but at the same time, it doesn’t. Chelsea fans chanted “f**k Sarriball” earlier in the season, and some media outlets have latched on to this feeling in Stamford Bridge since, or is it the other way around?

Either way, if Chelsea want to continue what they have started in a transitional season, which can be defined as nothing other than successful, they should keep Sarri at the helm, but his reception this season may have already convinced him to leave.