For both Chelsea and Tottenham Hotspur tomorrow's meeting at Wembley has more riding on it than just a place in the FA Cup final.

Whichever side comes out on top will strike a psychological blow that could decide the destination of the Premier League title come May.

A Chelsea victory halts Spurs' momentum, which has been building over the course of several weeks, in its tracks.

It would send a message to Tottenham that even though the Blues have struggled in the past fortnight, they have the mental toughness to clinch a win when it matters most.

HOW WOULD YOU SET UP CHELSEA AGAINST TOTTENHAM?

Yet a Spurs victory would arguably do even more damage to Chelsea. Antonio Conte's side have lost two of their last four games, have seen their lead at the top of the Premier League cut to four points and suffered a disappointing 2-0 defeat to Manchester United last weekend.

Another loss would sap more confidence from Chelsea's players and underline Mauricio Pochettino's capability of chasing down and overhauling the league leaders.

The Blues can't afford to let that happen. But if they are to stop Spurs they then have to learn lessons from their 2-0 defeat at White Hart Lane at the start of January.

Given the 21-year-old midfielder has established himself as one of the Premier League's stand-out players this season, stopping him from influencing tomorrow's semi-final may be easier said than done.

But Alli was the difference maker back in January, puncturing Chelsea's defence twice to score scoring identical headers.

It was the Spurs star's intelligent positioning that night which made the big difference. 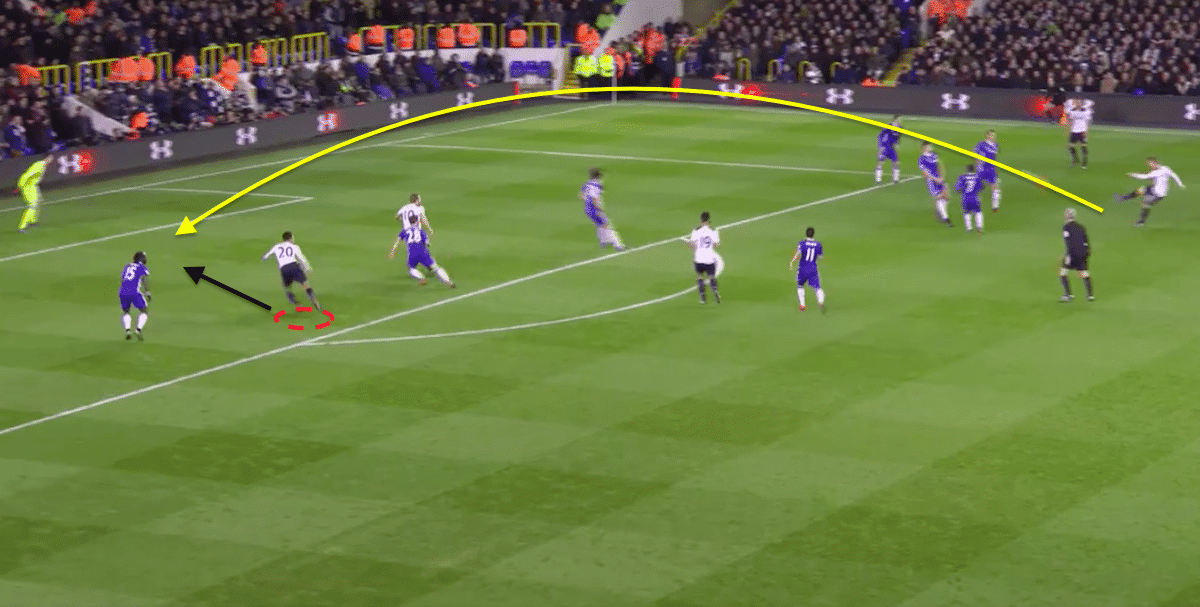 The above picture is of Alli's first goal. The England international positions himself between Chelsea's wing-back Victor Moses and the right-sided centre-back César Azpilicueta.

Moses isn't a natural defender and gets caught ball watching as Christian Eriksen delivers a cross into the penalty area. By the time the Nigeria international reacts, it's too late.

The ball travels over Azpilicueta and Alli has the space to plant a header past Thibaut Courtois. 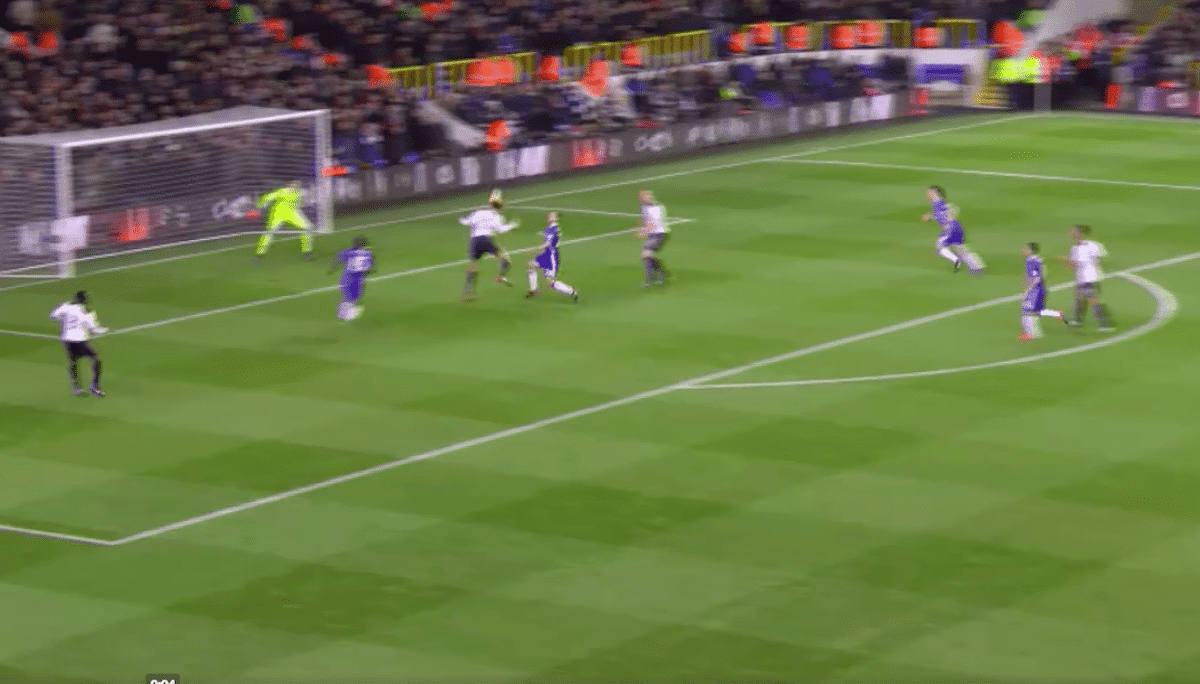 Yet Chelsea didn't learn their lesson that night and Alli would head home a second goal from a similar position.

Again he exploited the space between Azpilicueta and Moses before calming nodding past Courtois at the back post. It was all too easy. 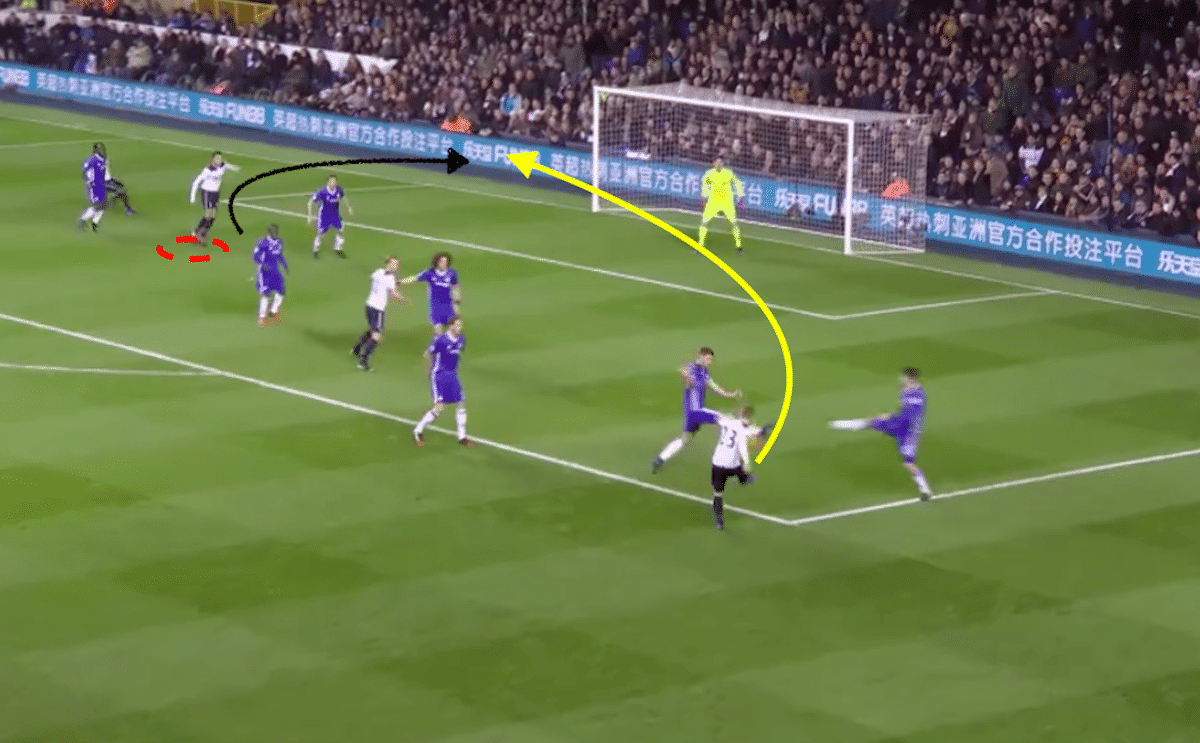 It is this position Chelsea can't allow Alli to get into at Wembley as he is far too good a finisher to be left free in the penalty area.

But Conte is going to have to reshuffle his defence once again due to Gary Cahill suffering from gastroenteritis – he will have to decide as to whether Kurt Zouma or John Terry will be more adapt at making sure the Tottenham man isn't left free in the Blues penalty area.

The Italian may even opt to move Azpilicueta across to the left of the back three in order for a more recognised centre-back to get Moses into position when required. 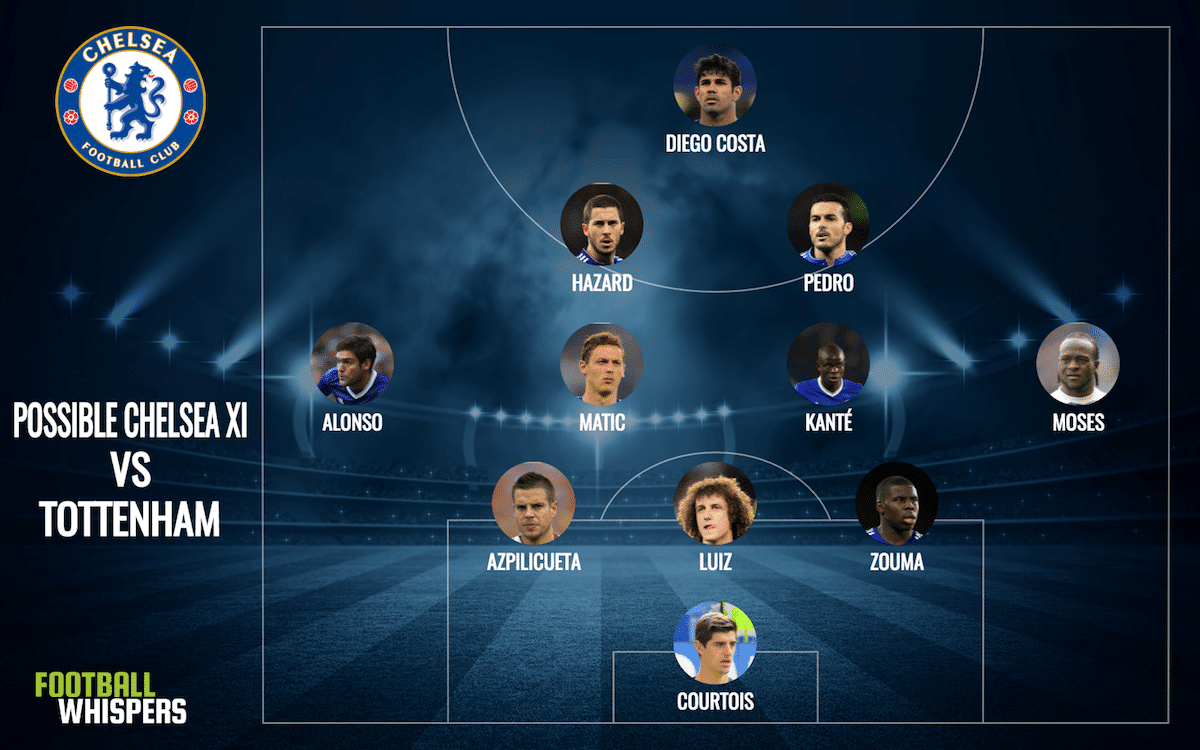 The graphic above shows how Conte could set-up his side. Nemanja Matić has been chosen in centre midfield ahead of Cesc Fabregas to help N'Golo Kante restrict Tottenham's attacking threat.

It's a Chelsea XI which is focused on containing Spurs first and foremost, hardly an unwise strategy considering Tottenham have scored four goals in each of their last two games.

Conte may spring a surprise and select Fabregas ahead of Matic but considering the abundance of talent Tottenham have up front, that could prove a foolhardy decision.

During the opening half of the season Costa was almost unplayable and dragged Chelsea to victory in several matches.

But the Spain international’s form has collapsed since reports emerged he was a transfer target for Chinese Super League side Tianjin Quanjian in January.

Back at White Hart Lane in January, Costa was left isolated as Pochettino surprised many by setting Spurs up in a 3-4-3 formation – a system Argentine could revert back to the formation at Wembley.

The Chelsea top scorer became frustrated and engaged his a heated argument with Pedro during the first half. As been the proven over the course of several years, when Costa becomes irritated his game suffers. 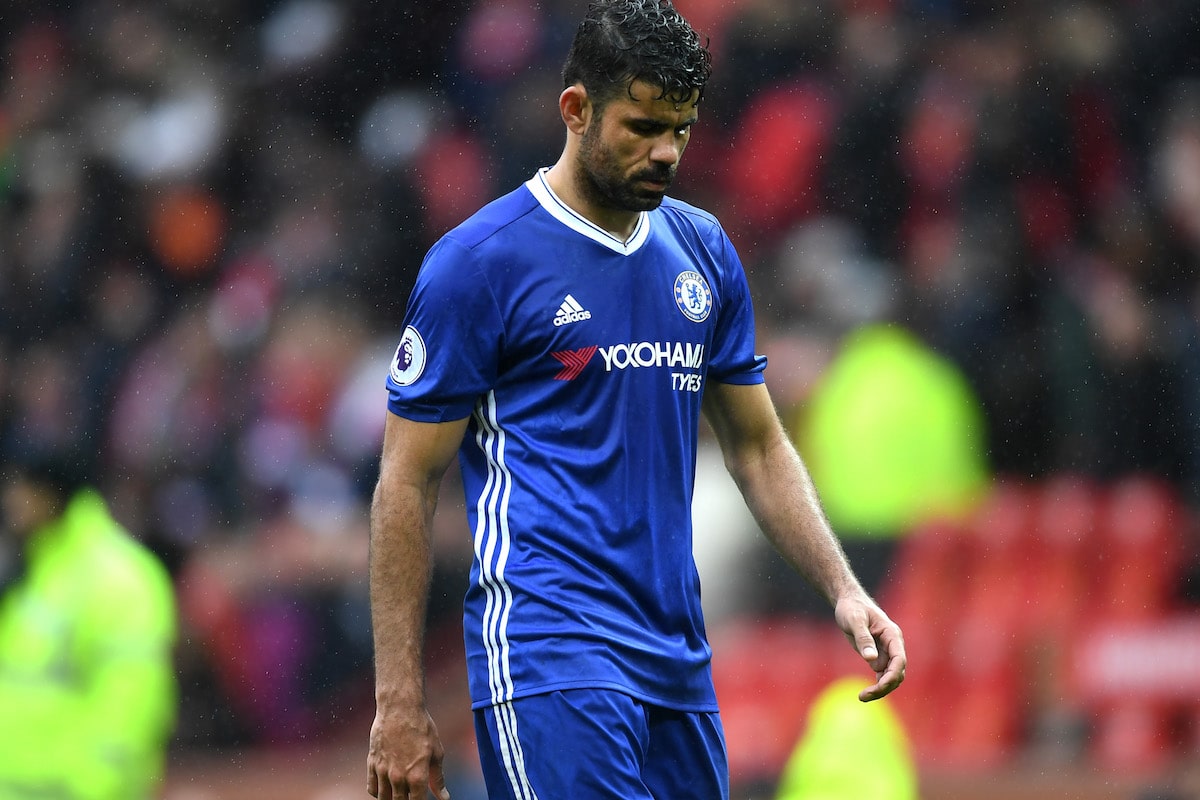 The striker is currently struggling for goals and is on the longest barren spell of his Chelsea career, perhaps explaining why he lost his cool on several occasions against Manchester United last weekend.

Conte needs to find a way to ensure Costa isn't isolated once again at Wembley. It could mean the Italian deploys Fabregas as one of the number tens who play just behind the striker.

The Spanish midfielder played in the role against Crystal Palace three weeks ago and impressed, although Chelsea did lose the game 2-1.

Fabregas is the Blues player who can play the passes few see.

Costa's movement still remains sharp and by moving the midfielder close to his international colleague, it could help kickstart Costa's form and ensure Chelsea clinch a much needed win at Wembley.