It's somewhat of a numbers game ahead of Chelsea's visit to Premier League champions-elect Manchester City on Sunday.

The hosts are within touching distance of taking the Blues' title crown. Five victories and they're there. For the visitors, it's about points and come Sunday morning they may be – if Tottenham Hotspur defeat Huddersfield Town – five off the Champions League places.

All the pressure will be on Antonio Conte's side. City know the Premier League title is theirs, no matter the result at the weekend. But for the Blues this game is a must-not lose.

Stopping City on their own patch is the challenge, one that every team barring, surprisingly, Everton have managed this term. Pep Guardiola's side have racked up 13 wins from 14 matches at the Etihad, have scored two or more goals in every victory and have conceded just ten goals. There's very little that can halt them.

Conte would have hoped fatigue could play a part but, given City cruised through the second half of their 3-0 win over Arsenal on Thursday in neutral, the home side are likely to be full of their usual verve with the ball and hard-pressing without it.

So can Chelsea stop City? Yes, it would be naive to think otherwise. Conte is a smart tactician and proved that against Barcelona in the Champions League.

When the two sides met earlier in the campaign at Stamford Bridge, City controlled the contest from start to finish. The scoreline may have been 1-0 but the away side's dominance was clear from even the most cursory glance at the stats.

City had 17 shots to Chelsea's four, had 61 per cent possession and won more corners (eight to four). It was as one-sided a 1-0 win you're likely to see.

Conte will point to an injury sustained to Álvaro Morata during that game which forced the Spaniard off after 33 minutes. The Italian shifted Eden Hazard into a false nine position and had Willian playing off the Belgian. It simply didn't work.

Against City Conte could try a similar tactic – one that worked against Barcelona – with Hazard being flanked by Willian and Pedro, however, a frontman that can hold up the ball may prove vital to relieving pressure. Enter Olivier Giroud.

While the framework of how to beat City may lie in the Barcelona draw, a different approach will be required at the Etihad. Guardiola's midfield is far more nimble and athletic than Barça's, they will be able to shutdown potential counter attacks far quicker than the La Liga leaders.

It's why a more direct approach in transitioning from defence to attack could prove pivotal for Chelsea. If the Blues sit back, soak up pressure and look to spring forward with Giroud as a focal point, they may have some success.

Earlier in the season at Huddersfield Town City were frustrated by a low and well-organised defensive block. The Terriers sat back that day and let Guardiola's side have possession up to their defensive third. 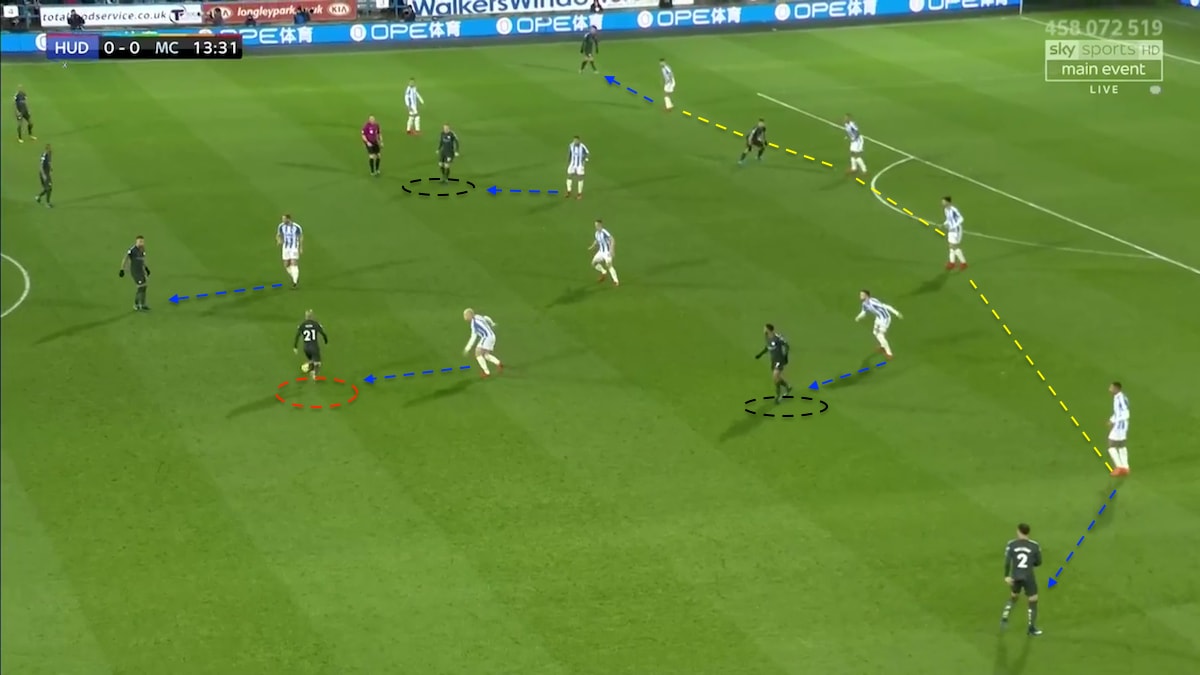 When City approached the penalty area, David Wagner's side were well positioned to close down the player in possession and restrict space, as shown in the still above.

It ensured the likes of David Silva and Kevin De Bruyne couldn't be found between the lines while the threat of Leroy Sané and Raheem Sterling breaking in behind was nullified.

It worked for the majority of the contest, and striker Laurent Depoitre played an important role. Huddersfield struggled to break out of their own half in that game – they simply didn't have the quality that Chelsea, for instance, possess – but the powerful frontman did give City's defence difficulties. 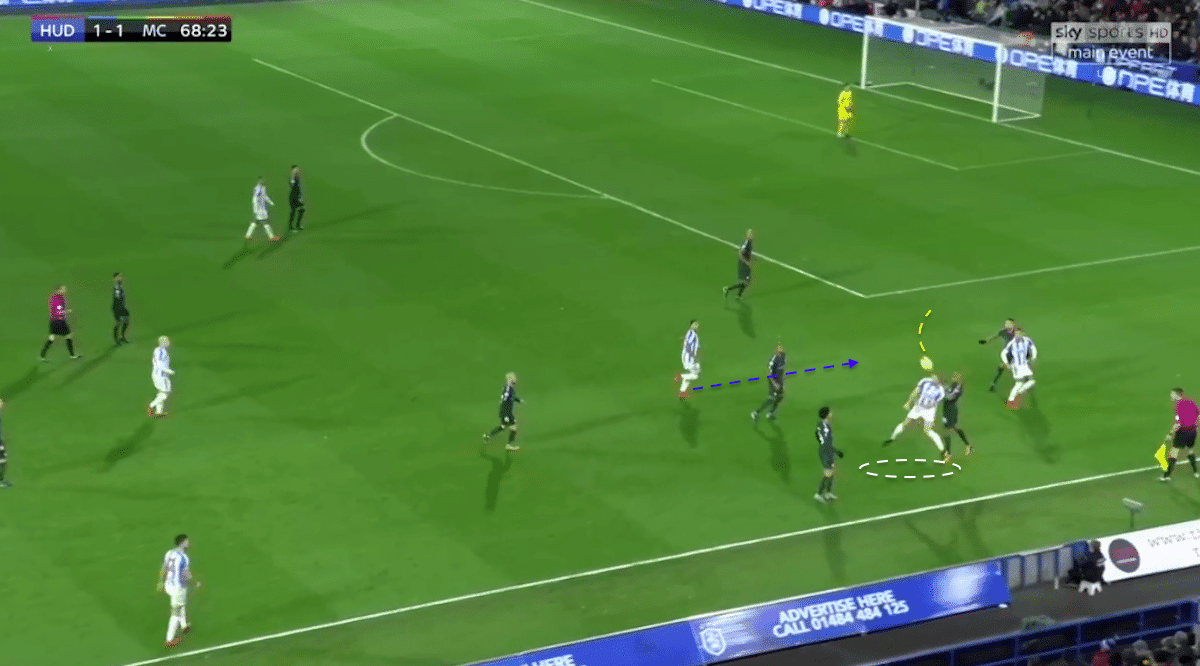 In the still above, Depoitre gets his body in front of left-back Fabian Delph and wins a header.

He intelligently flicks the ball to Rajiv van La Parra but the Dutch winger doesn't have the skill to beat Vincent Kompany and Nicolás Otamendi. Hazard or Willian do though.

During that narrow defeat to City, Depoitre won nine aerial duels and attempted more passes than any other outfield player for Huddersfield (24). Giroud could perform a similar and effective role for the Blues on Sunday.

The French striker has always had his limitations, but few in the Premier League use their body as effectively as the 31-year-old. He is a master at shielding the ball or holding off a defender to be the wall in a quick one-two. 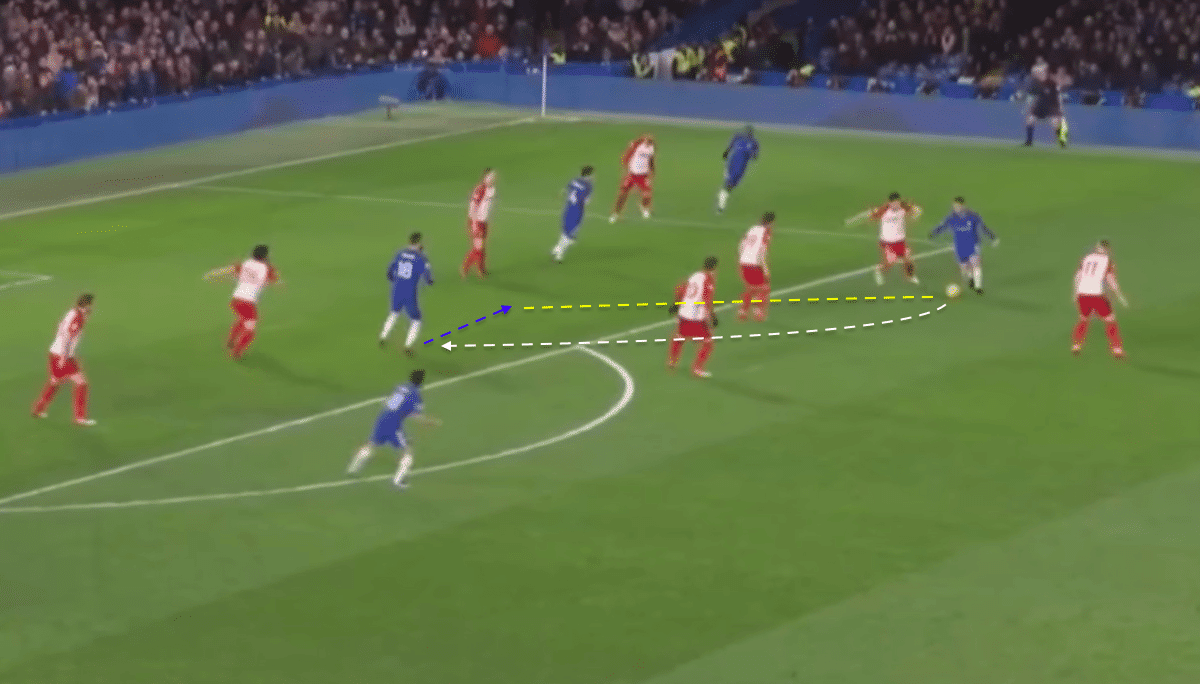 In the above slides, taken from Chelsea's comfortable 3-0 win over West Bromwich Albion, Giroud displayed his ability to be a vital link man for the likes of Hazard and Willian.

When the Blues' No.10 turns he immediately looks for Giroud, who has moved in front of Ahmed Hegazi. The former Arsenal star pins the Baggies defender as Hazard bursts forward. 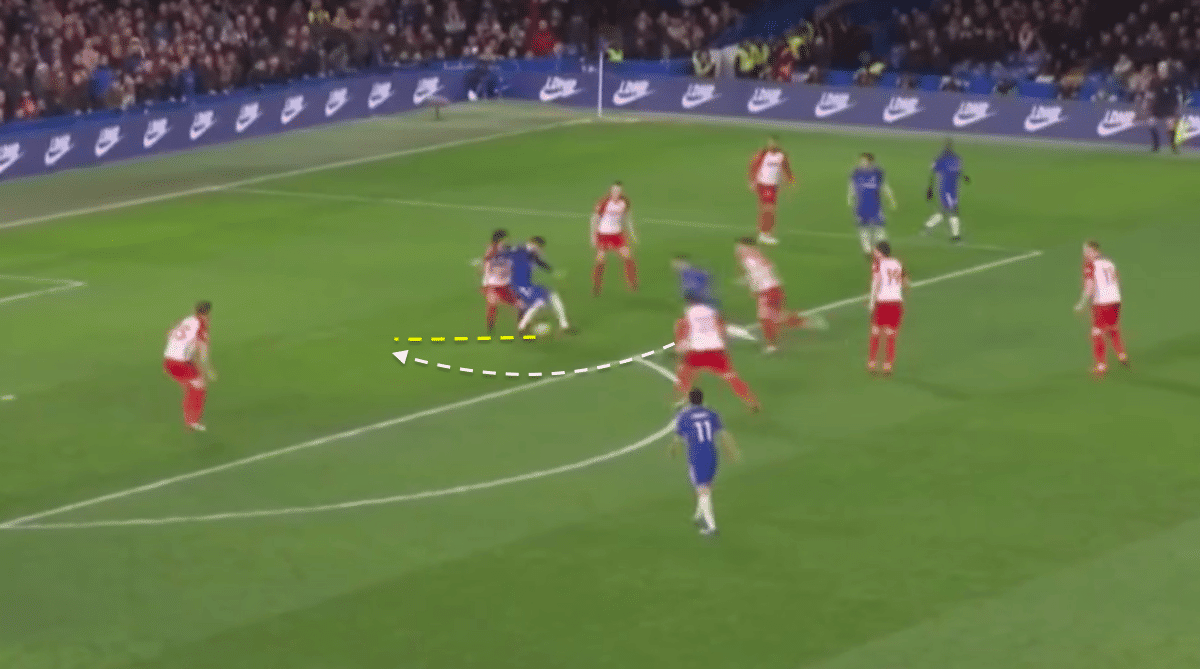 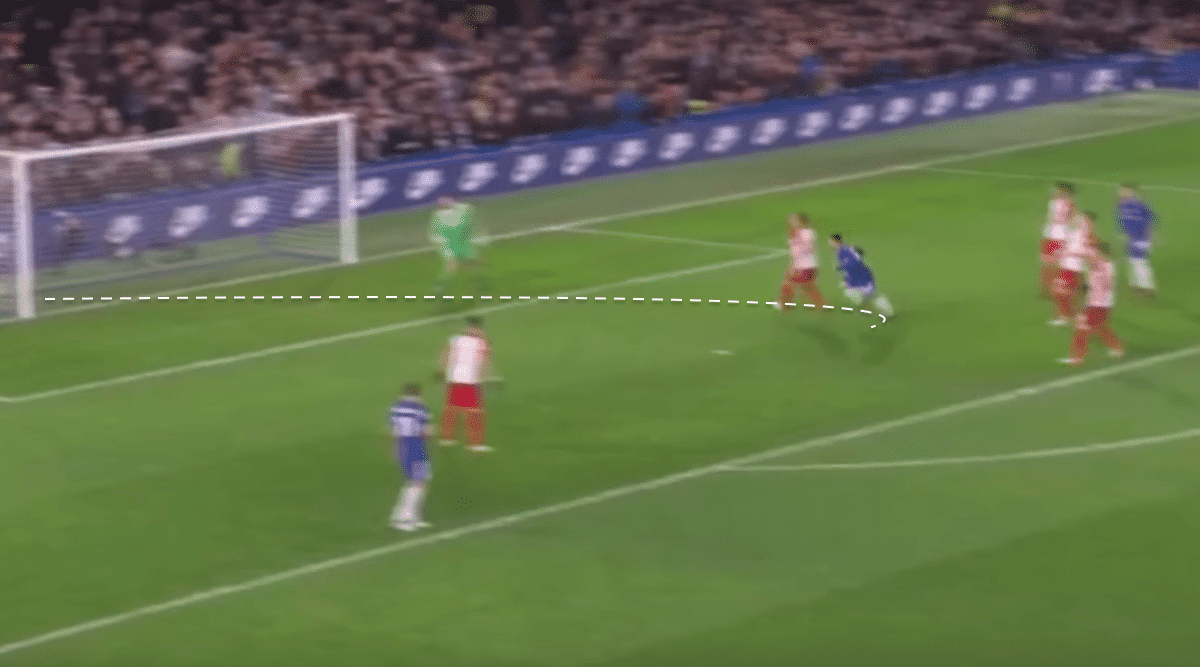 The touch is a delicate one and it's played to perfection. Giroud lets the ball roll into his path and then nudges it towards Hazard, who sweeps his shot into the far corner.

It's the smart and experienced hold-up play that Morata doesn't yet have. Far too often the Spaniard is barged off the ball and left on the floor complaining about a decision that hasn't gone his way.

Tellingly, albeit Giroud has a smaller sample size, the France international is winning six aerial duels per 90 minutes. By comparison Morata wins just 2.16 which, for someone of his frame, isn't good enough.

It's why Giroud should start at the Etihad. He won't possess the natural talent of many on the pitch, but he has a well honed skill set and that could help Chelsea cause a shock.