Chelsea sit one place and 1pt above Liverpool in the Premier League table and both teams know just how important a win could be this Sunday as Man City have started to edge away from them in the race for the league title.

Both teams scored when these two sides met earlier in the season at Anfield and have done in three of the pair's last five encounters in the Premier League. Both teams have also scored in four of Chelsea's and four of Liverpool's last six fixtures in all competitions, so you can see just why we're not backing either side to keep a clean sheet this weekend.

Lukaku has returned from injury at just the right time for Chelsea and they need a player to lead from the front after a few disappointing results that could have gone their way if they had had a natural goalscorer on the pitch. The former Everton man has netted in three of his last four games in all competitions for Chelsea and on each of those occasions, his side have secured vital points, so you can see why we're backing the Belgian goal-machine to score against Liverpool.

Everything you need to know about Chelsea vs Liverpool

Chelsea failed to make full use of their home advantage in their last game against Brighton. Lukaku put Tuchel's men in front just before the half-hour mark after good work from Mount, but Chelsea failed to make the most of their chances and ended up getting punished by a stoppage-time equaliser from Welbeck. Chelsea have played a few games recently in which they have allowed teams back into the game and it could end up costing them dearly as Man City have started to move further in front in the race for the Premier League title.

Liverpool made the trip to Leicester as the favourites to secure all 3pts but ended up going down by a single goal to nil. It's unlike this Liverpool side not to score but they just had one of those days in front of goal which included their top scorer Salah missing a penalty. Former Everton man Lookman scored Leicester's winning goal, much to the disappointment of the Liverpool fans who had given the former Toffee a chorus of boos he came onto the pitch from the subs bench.

Chelsea: Werner, James, Christensen, Chilwell, Loftus-Cheek and Silva are all doubts for Chelsea this weekend.

Liverpool: Phillips, Robertson, Thiago, Minamino, Origi, Adrian and Elliott could all miss the trip to the capital for the visitors.

Chelsea vs Liverpool: Your Questions 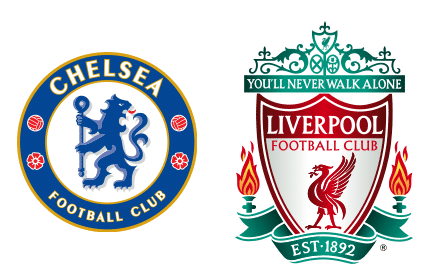