Chelsea are leading the race to sign Sergio Aguero, who will leave Manchester City once his contract comes to an end in the summer. The 32-year-old is arguably one of the greatest forwards in Premier League history. However, City are prepared to let him leave as Pep Guardiola sets his sights on the hot property in world football – Erling Haaland. The Daily Mail reports that Chelsea are in pole position to sign Aguero on a free. 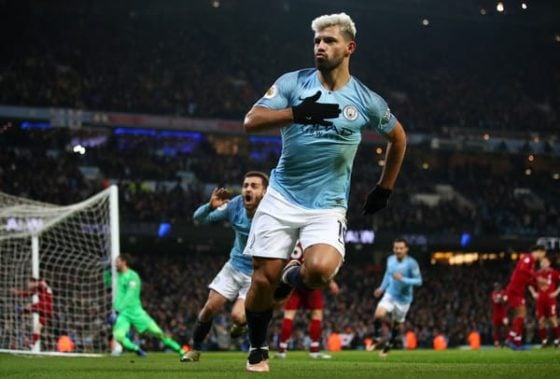 Despite his age and injury concerns in the last few years, there is a great deal of interest on Aguero – even from the Premier League. Chelsea are thought to be the front-runners for his signature after initially trying to sign him back in 2011. If the blues do end up bringing the Argentine, he would be a very different player come back to the raw and young 22-year-old, who used to play for Atletico Madrid back then.

Chelsea have three centre forwards in Tammy Abraham, Timo Werner, and Olivier Giroud. Yet, none of them have been able to contribute goals on a regular basis. Roman Abramovich sanctioned a lot of expensive acquisitions last summer, but that may not repeat in the upcoming transfer window.

Even though Chelsea have been linked heavily with a move for Haaland, it might be actually difficult to get him with such a great deal of competition going around. Manchester City, Bayern Munich, Real Madrid, and Manchester United are some of the teams who are interested in signing the 20-year-old.

Meanwhile, Aguero may not be able to offer a long-term solution for Chelsea considering that he has been quite injury prone in the last few years. Yet, his experience might be invaluable in helping players like Werner and Abraham be more potent and consistent. Aguero is the record goalscorer for Manchester City with 257 goals.