Real Madrid’s Lucas Vazquez looks set to leave the Spanish club on a free transfer in the summer and Spanish tabloid ABC reports that Chelsea and Manchester United are leading the race to sign the 29-year-old. 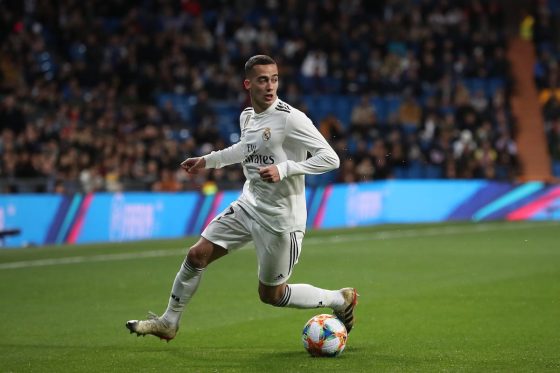 The winger has been at Real Madrid throughout his career, but he is facing the prospect of leaving the club for new challenges. After joining Madrid in 2007 as a 15-year-old, Vazquez quickly moved up the ranks to feature for the C and B teams before making his senior debut in 2015. After being a regular during the 2016-17 and 2017-18 campaigns, Vazquez has found himself on the sidelines in the last two seasons as Madrid try to recover from a transitional phase under Zinedine Zidane.

Madrid are going through a difficult time on the financial front with many players asked to take a pay cut. Vazquez is reportedly one among them and he has been offered a new contract only if he accepts a 10% wage cut. At around £3 million a year, Vazquez does not have the fat contract that the likes of Gareth Bale and Eden Hazard enjoy. Vazquez is also reportedly demanding a four-year contract whereas Madrid are only ready to offer a three-year deal.

A capable player on the wings or even as a wingback, Vazquez will appeal to a lot of clubs across Europe. Chelsea are one of those to have taken notice of Vazquez’ availability, as the arrival of Thomas Tuchel has once again brought wingbacks to the Chelsea formation. At present, Chelsea do not have specialist wingbacks in the squad and offensive players like Callum Hudson-Odoi have been modified to suit the role. In such a scenario, the signing of Vazquez would make a lot of sense.

Manchester United are also keen on the Spanish player, as Aaron Wan-Bissaka has not provided a great deal of offensive threat despite his possible physical attributes.