Chelsea and Huddersfield Town played out a nail-biting 1-1 draw at Stamford Bridge in a result which favoured the away side more than it did the hosts. The Terriers needed a point to secure their Premier League survival while Chelsea needed all three to keep the pressure on Liverpool in their pursuit for a top four finish.

The home side dominated the first 45 minutes but found themselves behind early on in the second half when a defensive mix-up allowed Laurent Depoitre to tap the ball into an unguarded goal.

Conte then switched things up and subbed on Hazard and Giroud. The tempo was upped and it was just wave after wave of Chelsea pressure. David Wagner's men defended staunchly but their resilience was broken when a Mathias Jørgensen clearance hit Marcos Alonso and flew past Jonas Lössl.

The Huddersfield ‘keeper then pulled off the save of the match to keep the scoreline even and ensure they'll be playing in the English top flight this season. It's a remarkable achievement.

Chelsea go into their last game of the season needing to beat Newcastle United and Liverpool to lose if they're to be playing Champions League football next season.

Still plenty to play for but here are five things we learned from Chelsea 1-1 Huddersfield. 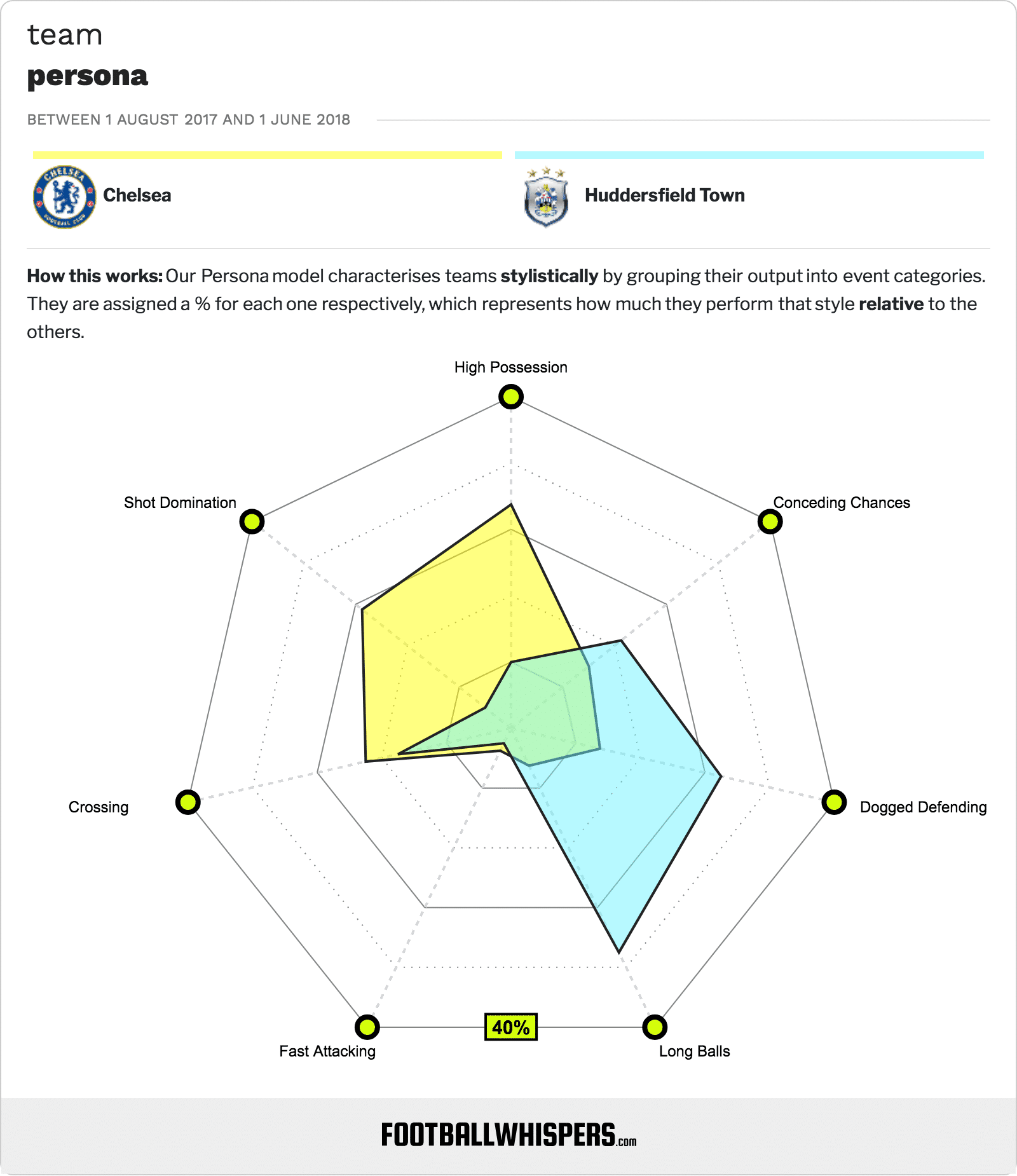 The persona tool above, exclusive to Football Whispers, shows how the two teams have been stylistically this season. It's safe to say the match went exactly as planned with the home side dominating possession, playing a number of crosses and outshooting their opponents, especially in the first-half.

After 30 minutes of play, Sky Sports flashed up the possession stats and it showed Conte's team had seen 71 per cent of the ball. The referee blew for half-time with Chelsea having had six shots to Huddersfield's zero. The second half followed a similar pattern with the Terriers sitting deep and allowing the hosts to have the ball.

It was expected. It was predictable. And Chelsea didn't do anything to mix it up. The game was played in front of the away side before being worked into a wide area and whipped into the area. It's what Wagner would've planned for and highlighted the fact last season's that Premier League champions, despite their equaliser coming from this exact situation, don't have a plan B approach.

Caballero started in goal in place of the injured Belgian No.1 and he did nothing to aid him in his quest to become Chelsea's first choice ‘keeper next season. The former Manchester City shot-stopper had very little to do in the first-half and the second 45 started with him rushing out when, missing the ball and gifting the away side the opener.

He didn't need to come out for the ball but once he committed to it there was no turning back. But that's exactly what he did. He turned his back on Depoitre. The Huddersfield forward showed great composure to steady himself and poke the ball home but it goes down as a goalkeeping error and no doubt gives the Chelsea recruitment team a headache.

The future of Courtois is an uncertain one. Is Caballero really reliable enough to step up if the current first choice ‘keeper does depart? 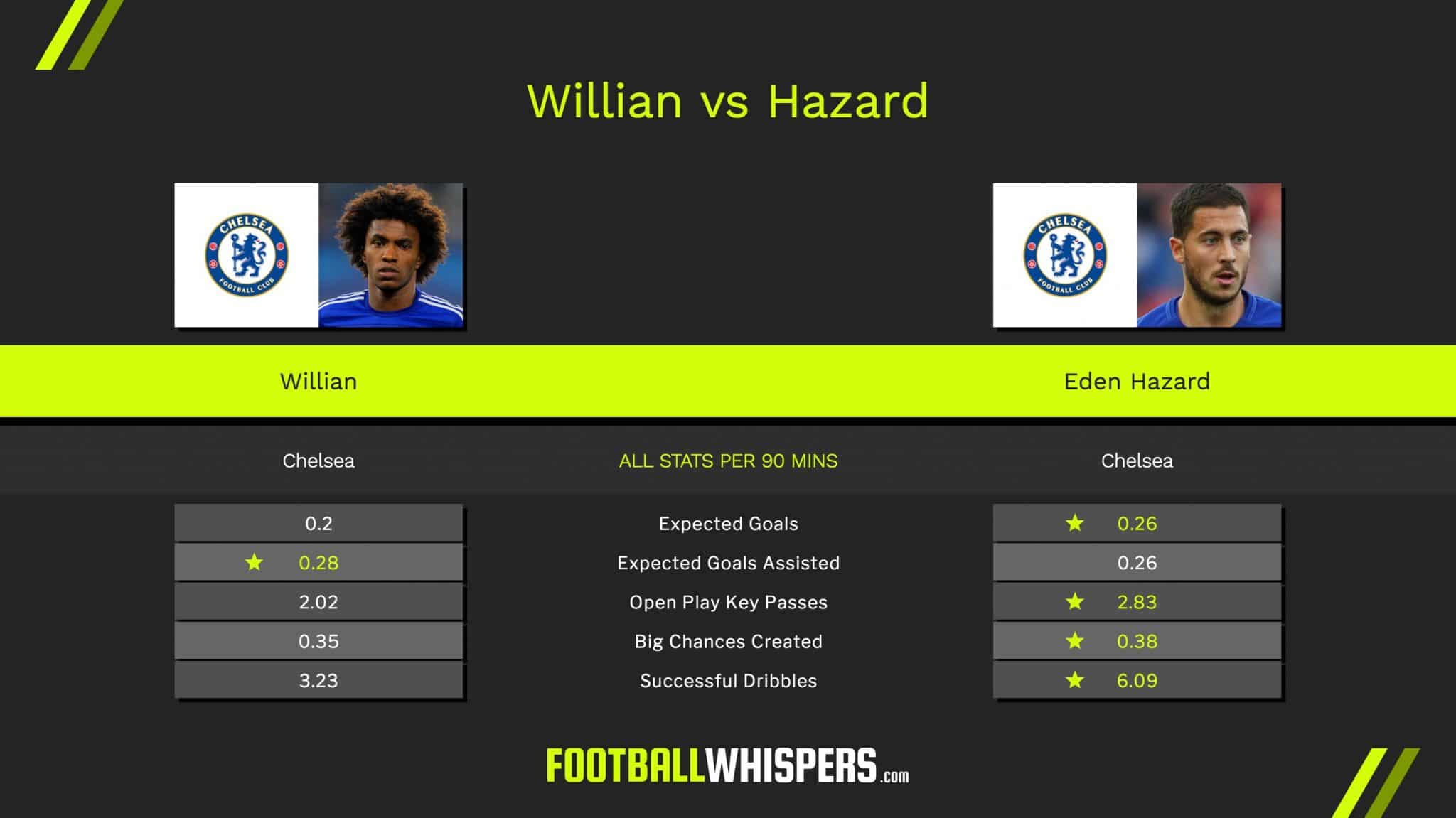 Tonight was Willian's 20th Premier League start this season. The Brazilian gets minutes but he's not considered by Conte to be part of his starting XI. The Italian tactician gets a lot of things right but this could be his biggest mistake. The former Shakhtar Donetsk man makes things happen. Not only is he a creator he's also a match winner. The 29-year-old, linked with a move to Manchester United in the past, stands up when well compared to Hazard.

While the Chelsea No.10 wins in most categories in the graphic above, Willian isn't far behind. One of these is considered by many to be one of the best players in Europe while the other isn't even a first team regular.

It's true, Willian is inconsistent but how much of that is down to the fact he's not a regular meaning it's difficult for him to build up momentum? A wise move next season might be to give him more of a starring role.

Did Huddersfield show Chelsea too much respect?

The away side look to replicate the system they deployed against Manchester City in the 0-0 draw on Sunday. They sat deep, smothered space in the defensive third and made it difficult for the better team to carve out openings.

The Premier League champions are unique. Not many teams in England play the way they do and even fewer have the attacking talents at their disposal that Pep Guardiola has. Going ultra-defensive against them might make sense but repeating the trick against Chelsea, a team without the fluidity in attack, doesn't  make as much sense.

When Huddersfield attacked Chelsea they had a lot of joy but these forays into the home side's half were few and far between. Yes, they would have left themselves more open but it also would have meant they had more opportunities to score. They only needed a point to secure Premier League survival, and they got it, but playing for a draw is always a dangerous tactic.

The Blues might not have a plan B as such but Conte isn't afraid to mix it up. Against Southampton he switched to a 4-4-2 with Giroud partnering Morata in attack and his side came back to win the match. He made the same move against Huddersfield and they immediately looked more of a threat. 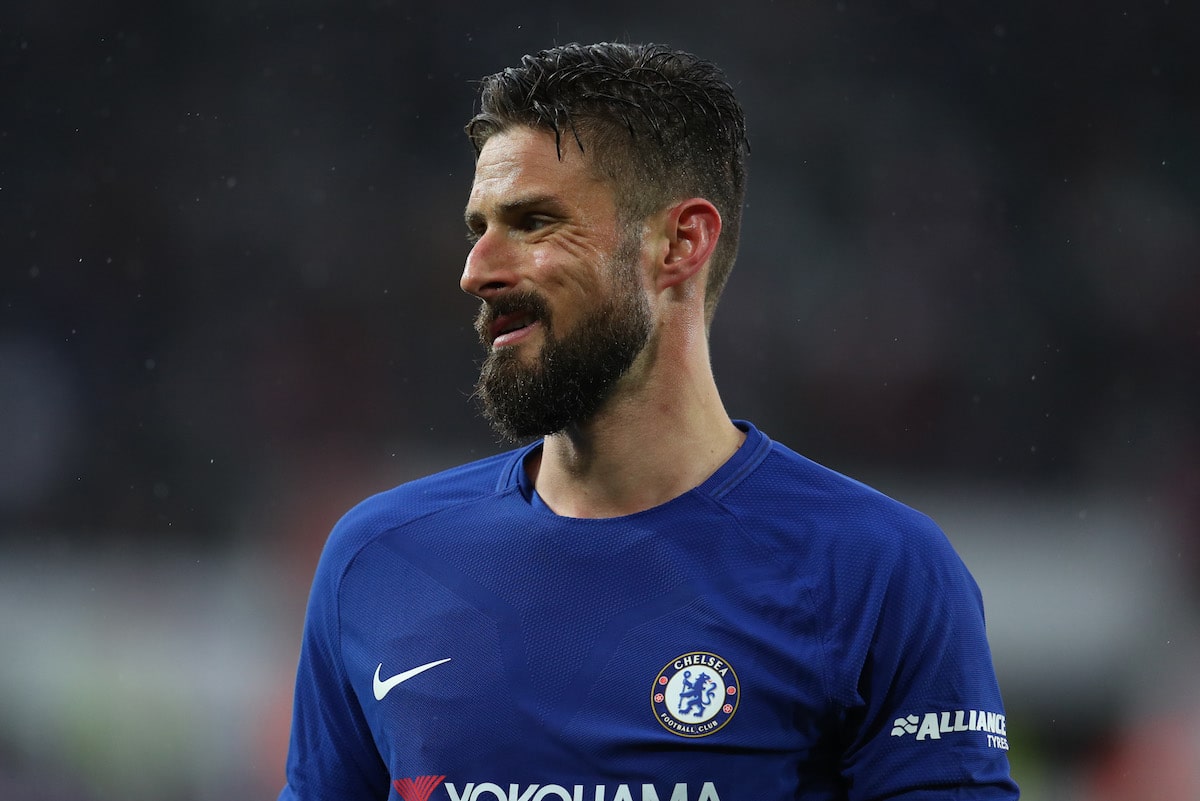 It makes sense, too. They're a team set up to get the ball into the area. There's more chance of a goal if there are more bodies in the box. It sounds simplistic, and it is, but it works. The more attackers the opposition have to deal with the harder it is for Chelsea to be contained.

Giroud was a handful when coming off the bench and Morata suits his role as a poacher as opposed to the target man he has to be when the former Arsenal man isn't in the team.

César Azpilicueta was a revelation at right-back and put in a number of dangerous balls. It's easy to forget he started life as a full-back after seeing him become such an accomplished centre-back. But he rolled back the years tonight to put in a storming second half performance. It just worked.

It begs the question, with so many players suited to it, why doesn't Conte start with this system?