Chelsea once again struggled against Arsenal as the two teams drew 0-0 at Stamford Bridge on Sunday afternoon. For the third consecutive time, Antonio Conte’s side failed to beat the Gunners, who put in a surprisingly resolute defensive display.

Grinding out results is not something that has often been associated with Arsene Wenger’s men, but they were able to do just that today in a game that never truly got going after an intriguing start.

Arsenal hit the woodwork after Aaron Ramsey wormed his way into the penalty box, but there was a paucity of clear chances for either team. And, as the match petered towards a reasonable 0-0 draw, the major incident of the afternoon was provided by David Luiz.

The Brazilian centre-back stretched clumsily for the ball when running down the right flank, bringing down Sead Kolašinac. With his studs up, there was only ever going to be one decision, and he was correctly sent off.

After the 4-0 hammering they suffered away to Liverpool earlier this season, Arsenal will be hoping Sunday’s result can be a springboard to improved form. Chelsea, meanwhile, are now three points behind title rivals Manchester City. Here are our five tactical takeaways from the game.

Once again, Arsenal matched up Chelsea by lining up in a 3-4-2-1 system that essentially became a 5-4-1 out of possession. However, while the two teams had the same rough shape on and off the ball, they both defended in different ways.

The home side continued with the passive, position-based defending that they have used throughout much of Conte’s reign. Dropping deep, they allowed their visitors to move into the middle third without experiencing much pressure, instead focusing on retaining their structure.

Arsenal, meanwhile, were more active in their defensive approach. Their coverage was slightly more man-oriented, in that each man tended to focus on the Chelsea player that came into their zone. They also pressed higher up the pitch on occasion.

ARSENAL DEFEND FROM THE FRONT

The effort, or lack thereof, put in by reportedly want-away players such as Alexis Sánchez and Mesut Özil has persistently been talked about as one of Arsenal’s major issues. This has been particularly noteworthy without the ball, where the attitude of the team’s star players has come under scrutiny.

The Gunners lined up without both of the aforementioned duo on Sunday afternoon, however, and appeared better for it. Danny Welbeck and Alex Iwobi supported lone striker Alexandre Lacazette in defending effectively and wholeheartedly from the front.

Welbeck and Iwobi defended the channels with extreme efficacy, taking away the forward passing lanes for Chelsea’s outside centre-backs, César Azpilicueta and Gary Cahill. They also pressurised when appropriate.

This, coupled with Lacazette’s attentive display against David Luiz, forced Conte’s side into many aimless passes over the top. This was shown statistically – the reigning champions made 76 long balls, which is 12 more than their average this term.

Chelsea weren’t necessarily static on Sunday; they were simply marked into submission by a focused Arsenal side.

Up against attentive defenders, N’Golo Kanté and Cesc Fabregas looked to create space behind them for Pedro and Willian by dropping deep and dragging their marker with them. 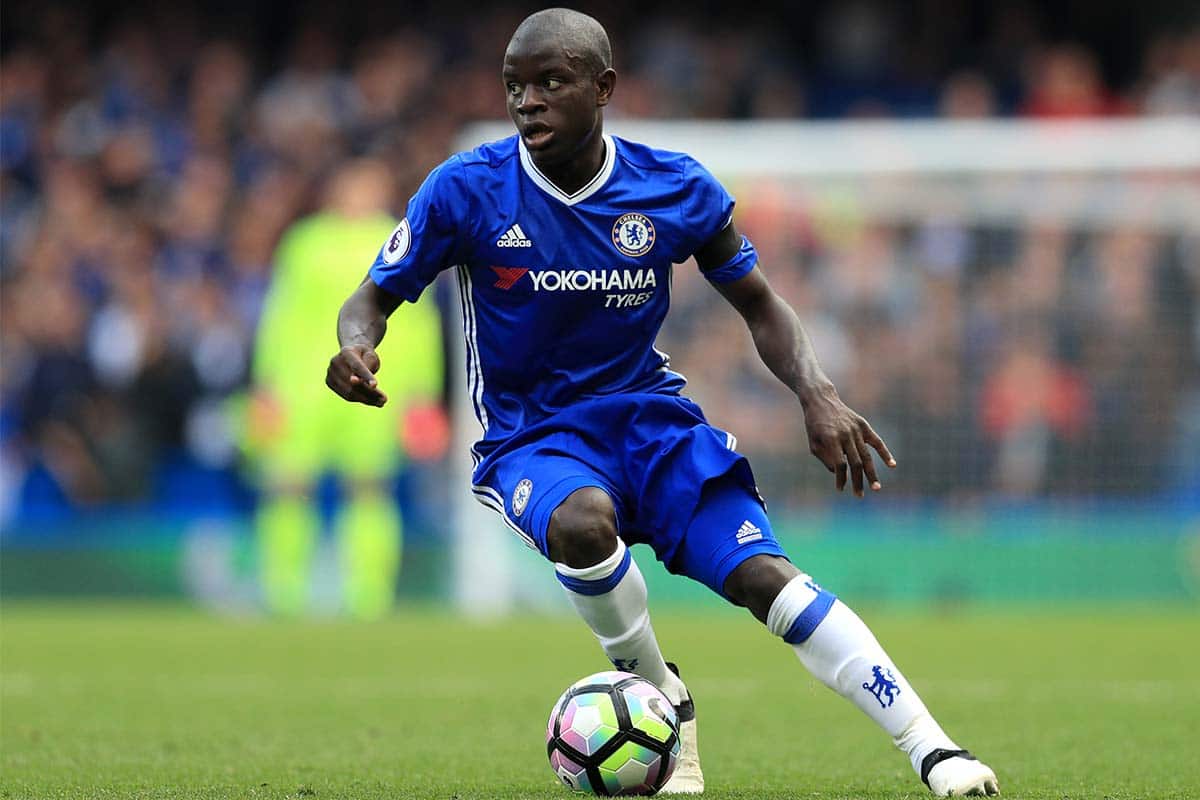 Kanté also pulled away to the left to try and make it easier to receive out from the back. Luiz stepped up into midfield; the wing-backs pushed on. None of it made a dent in the visitors.

Arsenal were perhaps as organised defensively as they have been at any stage in recent seasons. Up against a team who tried out several different moves, they always had an answer through rigorous marking.

ARSENAL TAKE AWAY THE SPACE

This season so far, Chelsea have averaged 15 shots per game, with five of those on target. However, against Arsenal they managed just 13 shots, four of which hit the target. Álvaro Morata, who has attempted 3.2 shots per game, only got off two efforts, none of which tested Petr Čech.

These numbers were the end result of a match in which Conte’s side struggled to progress the ball cleanly through the thirds. Their build-up was stifled, and when direct passes into the front three were attempted there simply wasn’t enough time and space for them to influence the match.

Arsenal defended well from the front, but their back line did an equally good job of suffocating Morata, Pedro and Willian.

As the second half rolled on, both teams deployed their big guns. Sánchez came on for Arsenal, and Chelsea responded by introducing Eden Hazard.

The Belgian wasted no time in making his presence felt, showing the sort of aggression on the ball that had been missing.

In less than half an hour on the pitch, Hazard completed two dribbles. That figure is two more than Pedro achieved in 45 minutes, and just as many as Willian achieved in 69 minutes.

The attacking midfield sensation threatened Arsenal by looking to run directly at their defensive block at virtually every opportunity he got.

One of those runs resulted in a good shot that brought a save from Čech and got the home crowd purring.

This match confirmed that, without Hazard, Chelsea are a good team, but with him, they are a great one.