Jose Mourinho saw the end coming and he left before the impact hit. It was the summer of 2010, just a few weeks after Inter became history makers. Champions League victory over Bayern Munich gave the Nerazzurri their first European title since the 1960s as they became the first treble winners in Italian football history. All seemed well, but with Mourinho joining Real Madrid, a new era needed to be ushered in.

The Portuguese coach is known for departing when his job is done at a club. Two seasons at the San Siro had brought as many Serie A titles and that stunning continental success. Inter’s ability to compete with the elite for a prolonged period was questionable and Mourinho, sensing this just as he had done when leaving FC Porto for Chelsea in 2004, said his emotional goodbyes.

Transition is a natural occurrence and the club, under the guidance of long-time president Massimo Moratti, understood this. But no one, not Mourinho nor Moratti, could have foreseen the crisis that has ensued since.

Inter were still calcio’s primary draw, but Juventus were progressively returning to strength after the match fixing scandal of 2006 and city rivals Milan were still in their prime, too. 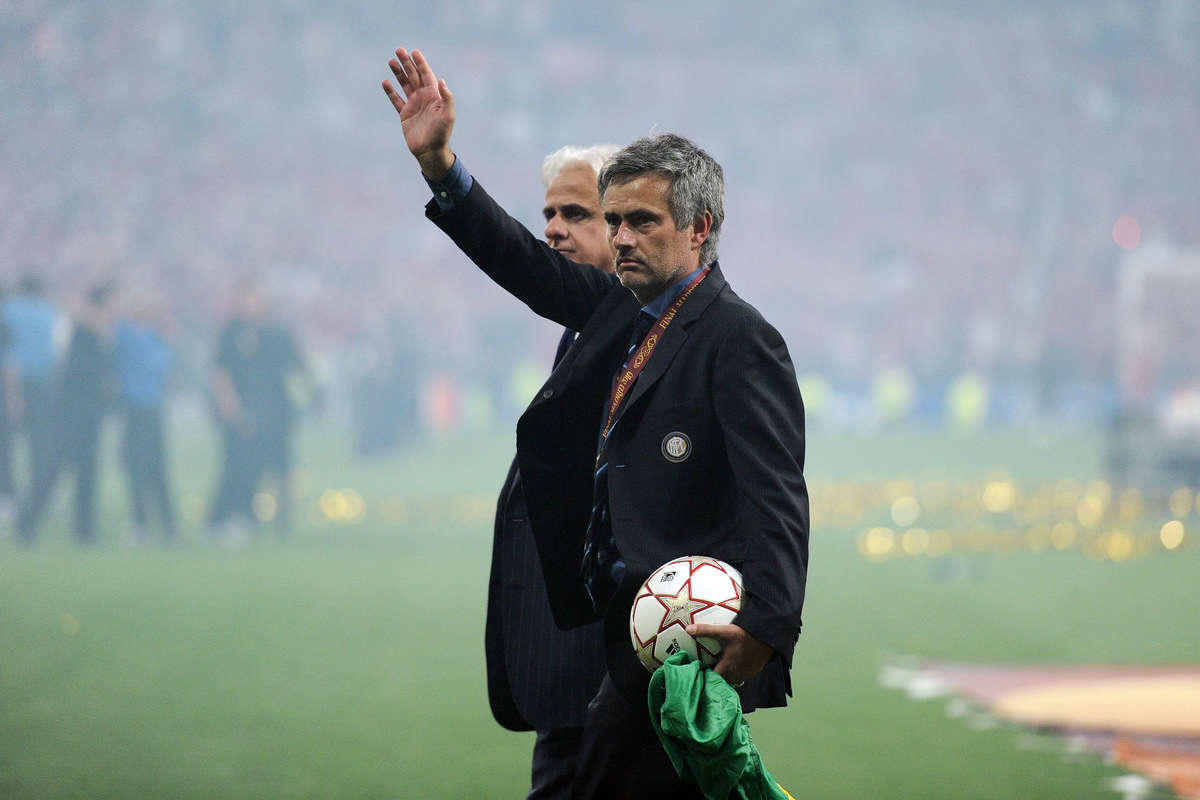 Rafael Benitez, fresh from a successful six-year spell at Liverpool, took over as coach. His credentials were strong enough, it would seem, to follow on from Mourinho, but Benitez lasted six months before being sacked with Inter 13 points behind eventual champions Milan at the top of the league.

In the six years and two months since, Inter have been through nine managers, none of whom have been able to re-establish the club at the top of Serie A, let alone as Champions League contenders. They’ve fallen far off their perch, finishing sixth, ninth, fifth, eighth and fourth in recent seasons. Stars of the treble winning side, like Samuel Eto’o and Wesley Sneijder, left under a dark cloud of negativity and disgruntled fans have voted with their feet.

A change of ownership hasn’t helped, either, but the money hasn’t exactly dried up. It would be easy to blame Moratti, current minority shareholder Erick Thohir or any of the coaches who have overseen this troubling era.

Mourinho, in a way, must take a level of responsibility, as has been the case throughout his career, he built a team with a focus on short-termism. That made moving on and continuing success at the same time very tough.

In reality, their fall from grace has been a result of numerous factors, but it could have been avoided.

Claudio Ranieri, Gianpiero Gasperini, former Milan midfielder Leonardo and Roberto Mancini, the man responsible for starting off the trophy-laden spell between 2006 and 2010, all failed to have the desired effect in the hotseat. At it’s best; the San Siro is a cauldron of noise and intimidation, the perfect backdrop for a fortress. Neither Inter or Milan are taking advantage of that nowadays, but the former consistently make sweeping attempts to get back to their best.

Big names have signed for the club in the past two years, particularly. Joao Miranda, a defender at the heart of Atletico Madrid’s run to the La Liga title and Champions League final in 2014, arrived alongside Geoffrey Kondogbia, a midfielder who had become one of Europe’s most highly-rated youngsters at Sevilla. The Frenchman may have cost £30million, but he was seen as a real coup for Inter. Both have been inconsistent at best, while Antonio Candreva, Joao Mario and Gabriel Barbosa, the Brazilian striker known as Gabigol predicted to follow in the footsteps of Inter legend Ronaldo, have also made mixed impressions since arriving in the summer.

If anything sums up the circus the club has become, it is the treatment of Frank de Boer, the man they brought in to replace Mancini when he was relieved earlier this season.

The Dutchman had led Ajax to five Eredivisie titles in six years and was widely regarded as one of the best coaches in Europe; the perfect man to finally lead the big rebuild that Inter so badly needed. But such was the impatience of the club, De Boer was sacked after just 85 days in charge. Inter faced contempt from critics for failing to give themselves a real chance of redemption. 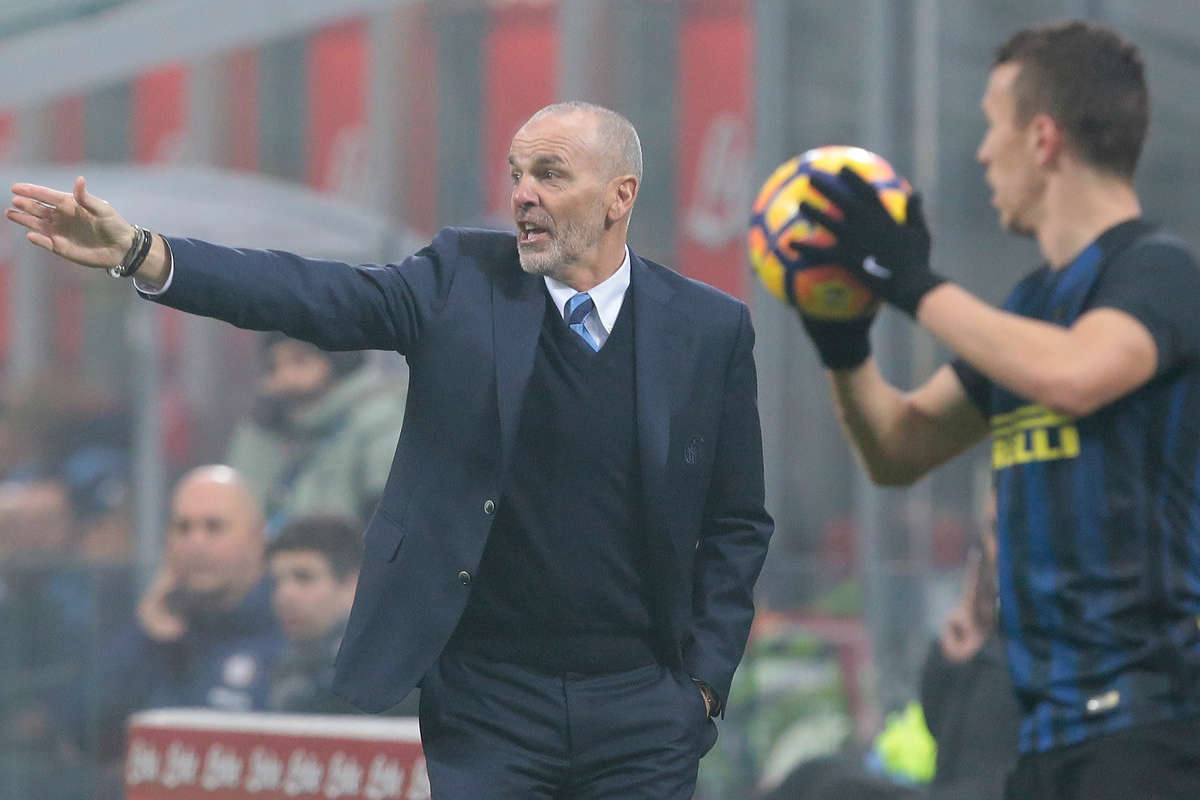 De Boer’s permanent replacement was Stefano Pioli, a man who seemed perfect for the role having led former club Lazio to a top three finish, and subsequent Champions League qualification, two years ago.

In the months since his arrival, he has settled in well. Inter have not played in Europe’s premier club competition since 2011/12 but, currently sitting in fourth, they are well in the race to return, despite Sunday’s 1-0 defeat in the Derby D’Italia against Juventus. Juan Cuadrado’s wonder strike gave the league leaders victory, but it brought to an end a seven-game league winning streak, their best form since the Mourinho era. Pioli’s work is paying off.

Yet, reports have emerged that Inter are targeting another coach. Since guiding Italy to the quarter-finals at Euro 2016, defeating holders Spain, Antonio Conte has proven himself to be among the very best.

Having arrived at Chelsea last summer, met by a similar situation to the one at Inter with the Blues finishing tenth in the Premier League last season, he has reinvigorated the club in a short time and is well on the way to winning a first title in England.

Conte was in the crowd at Juve, where he won three consecutive Serie A titles between 2011 and 2014, on Sunday and it makes sense for the Nerazzurri to target him, given his impact at Stamford Bridge, but offering him a £350million transfer budget and £13million-per-year contract, as the speculation suggests, would be an oversight considering Pioli’s impact.

Antonio Conte is a fine coach, one of the best in the world. But big names have tried and failed to clean up the mess at Inter in the past, and the lack of stability is a contributing factor. Stefano Pioli is finally helping the club look strong again and cutting his time short would be disastrous. It is best to allow him to continue his work in making the San Siro the fortress it once was.