Charlton vs Norwich: Our betting tips

It's always an ambitious prediction to back a giant killing – if that's what you'd call Charlton beating Norwich – but there is plenty to justify our thought process. Norwich are officially a Premier League side but the Canaries look out of their depth; they're currently on a seven game unbeaten run where they've lost the last five games. Charlton meanwhile are on a good run of form with five wins from their past seven games. There is very chance these two will face off in the Championship next season and when you consider that, the idea of a home win here is not remotely far fetched.

Our next tip for this game is that we don't see both teams scoring; the stats scream that. Charlton have not seen both sides score in a game they've been involved in since November; that's a run of six games where a ‘nil' has been present in the score line. Norwich meanwhile have seen their last five all end with at least one side failing to score. As for the head to head record, two of the last three meetings saw someone blank.

Check out the key stats & form for Charlton vs Norwich

Charlton vs Norwich has the ring of a league fixture to it and, next season, that may well be the case again. For now though, it's all about the knockout format of the FA Cup and whilst Charlton could have had a more attractive tie, Norwich could have had an easier one!

Charlton have been in good form of late in League One and have a real chance of progressing. Despite that, we think they'll go strong in their lineup here; they will think they can hurt this Norwich side.

Norwich are enduring a horrid Premier League campaign with their change of manger not having the desired impact either. This cup game could prove a good distraction but if they make too many personnel changes then things good end badly for them.

A brief FAQ ahead of Charlton vs Norwich 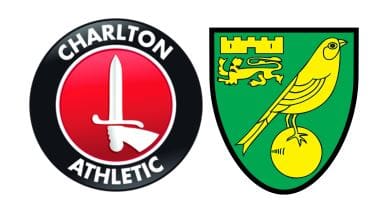