Both of these sides had playoff aspirations. Only Charlton's look to have any legs left in them. Will they keep their charge going Saturday? Find out with our Charlton vs Ipswich match preview with free tips, predictions and odds mentioned along the way.

Charlton vs Ipswich: The best tips

With respect of maths, Ipswich could still challenge Charlton for a playoff spot. The truth is, the newly taken over club just have their eyes fixed on a summer rebuild. It's understandable too given they've just taken two points from three games against sides sitting in the lower echelons of the league. Their most recent defeat was an embarrassing 3-0 defeat at Wimbledon. Charlton fans haven't been raving about their form despite being unbeaten in eight; they've won their last two since drawing with the same Dons side that took Ipswich apart on Tuesday. Need any further information as to why Charlton will win? Ipswich have failed to win in their last six away games.

The previous prediction touched on Ipswich's poor away form. What it didn't say was that they've only scored two goals in that six game winless run. A wider look shows they've scored just six in their last 10 matches overall too. A deeper dig into their form under Paul Cook will show you that they've averaged just two shots on target per game under his guidance. Charlton are hardly bulletproof with just three clean sheets in 10 but it's hard to imagine Ipswich carrying too much threat.

Take a double chance on Charlton with a twist

Our first two tips have been detailed to show why we think Ipswich will struggle for goals and why their hosts will win the match. Here we look at a bet builder prediction that we think looks pretty safe. Ipswich haven't won away from home since March 2nd – that wasn't under Cook. Charlton haven't lost in eight games. This all means a double chance on Charlton or draw should be very secure. Then you have the lack of attacking threat from Ipswich; in order to break this bet they'd need to find the net twice. They've managed it just once in their previous 10 fixtures. They don't look like doing it again anytime soon – they've only had two shots on target in their last three matches combined.

Ipswich to sink even lower as Charlton charge on

There was a lot of positive vibes around Ipswich a week or so ago. Now their fans are only looking forward to a summer of change. Charlton might have a big summer on the horizon too although the Addicks supporters will be hoping it's to prepare for Championship football – they're three points outside the playoffs with a game in hand. There is plenty to play for!

Charlton vs Ipswich: A closing round up 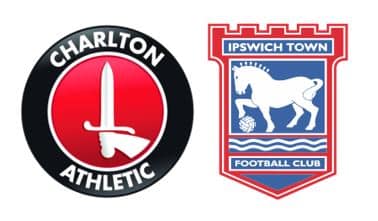