Charlton vs Hull is a game that sees two of the league's better teams face off. Hull are the Champions. Charlton still hold aspirations of joining them on the promotion train via the playoffs. Can the Addicks finally get the job done? Find out with our Charlton vs Hull match preview with free tips, predictions and odds mentioned along the way.

Hull to head into the Championship with another three points

If Charlton beat Hull then it's possible they will make the top six. If they draw they'll be relying on results elsewhere to generate a goal difference swing. Lose and they're done. We think it will be a case of the latter as they face a Hull team that have been, quite frankly, fantastic this season. Given they have four wins in their last five, it's fair to say they haven't eased off the gas and there is no reason why they will with just one last game to go.

Will we see goals at both ends?

The explanation behind our first prediction touched on Hull's good form – that's 13 points from 15 for clarity – but their games have also been rather openly contested. Their last four matches have all seen both teams find the net; if you look across their last 10 then there have only been three games with a ‘nil' involved. With Charlton, their games have seen both teams score in six of their last 10 matches; included in that six is each of the last three.

A high scoring game to sign off the season

You won't find many neutral fans sad to see Hull win League One; not only have they collected the most points over the course of the season but they've also proved great entertainers with an average of 2.6 goals per game. More recently, that's been on the increase with their last seven matches all being over 2.5 goals. Charlton have seen six of their last 10 pass the 2.5 mark whilst their season average is actually higher than Hull's at 2.8 per match.

Charlton vs Hull: The pre-game info you need

Charlton to miss out on top six

Charlton might be the team with something genuine to play for with the playoffs still a possibility but Hull are confirmed champions and they will be desperate for their party not to be ruined. This means we should have the combination of two good teams and an atmosphere full of fun and tension. A strange set up but one that should make for a great match. 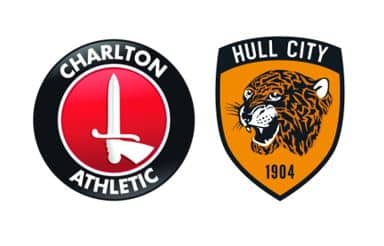