Changchun Yatai take on Shandong TaiShan in the Super League on Wednesday, July 4th. Shandong TaiShan are hunting down top spot in China ahead of this week’s contest. Read our free predictions and find the latest odds for the fixture below in our detailed match preview.

Shandon TaiShan are aiming to win for the sixth time in seven games when they take on Changchun Yatai in the Super League on Wednesday. Read our top three predictions for this week’s fixture below.

With five wins posted in their last six fixtures, Shandong TaiShan are starting to play like defending Super League champions and another positive result could be in the offing for the title holders on Wednesday. TaiShan hammered midweek opponents Changchun Yatai 4-0 when the teams last met in June and they can be backed with confidence to turn the same side over in this week’s rematch.

Shandong TaiShan were at their clinical best when they put four goals without reply past a hapless Changchun Yatai outfit last month in what was simultaneously the clubs’ biggest win and heaviest defeat of the campaign to date. TaiShan have notched at least twice in four of their last five Super League matches overall and they have the firepower to beat the over 1.5 team goals line again when they meet Changchun for the second time on Wednesday.

Read all of the most recent team news and injury updates for Wednesday’s Super League match between Changchun Yatai and Shandong TaiShan below.

Changchun Yatai are reporting a clean bill of health ahead of Wednesday's game, which means we should expect to see few changes to the team that drew 2-2 with Dalian Pro at the weekend. Brazilian attacker Erik will hope to start having been named on the bench in that draw, however.

Defenders Jadson and Song Long are both currently injured and will likely miss Wednesday's game for Shandong TaiShan. The champion's 2-0 win over Guangzhou City on Sunday was their fifth victory in six Super League fixtures, though they remain four points behind leaders Wuhan Three Towns at the summit of the table.

Find our list of the best stats for Wednesday’s match below alongside a tool to help you choose the best odds. 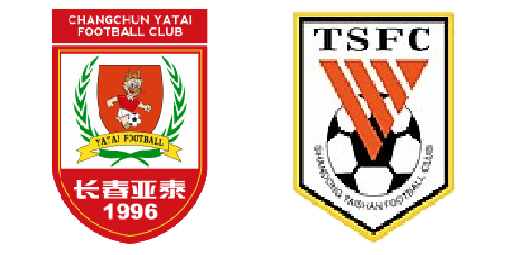 Who is Shandong TaiShan’s Head Coach?

Hao Wei is currently in charge of Shandong TaiShan having taken charge in October 2020.

Where will Wednesday’s game be played?

Changchung Yatai vs Shandong TaiShan will be contested at Wuyuan River Stadium Field 2.