Changchun Yatai go head-to-head with Henan SSLM in the Super League on Monday, June 20th. In form Henan SSLM go in search of more points when they face Changchun Yatai. Read our free predictions and find the latest odds for the fixture below in our detailed match preview.

Henan SSLM have taken ten points from the first 12 on offer in the Super League ahead of their clash with Changchun Yatai on Monday. Read our top three predictions for this week’s fixture below.

Henan SSLM made light work of Guangzhou City on Tuesday (3-0) to win for the third time in four matches and with the top of the Super League table in sight, the in-form outfit look ready to push for more points against Changchun Yatai. Changchun were trounced 4-0 by Shandong TaiShan on Thursday and with their confidence dented, they could find it tough to match Henan’s momentum.

With 12 goals already notched, Henan SSLM have looked devastatingly potent in the final third this season and Javier Pereira have scored at least twice in every assignment so far. Brazilian duo Fernando Karanga and Henrique Dourado have been particularly threatening up front and with quality to burn in attack, Henan SSLM are a strong option in the over 1.5 team goals market again on Monday.

Check out our collection of the best stats for Monday’s match below alongside a tool to help you choose the best odds.

Below, you can view all of the latest team news and injury updates for Changchun Yatai’s duel with Henan SSLM in the Chinese Super League on Monday.

Changchun Yatai suffered their first defeat of the campaign on Thursday when they were torn to shreds by Shandong TaiShan (4-0). Keeper Liu Weiguo had a horrible evening, netting an own goal before he was withdrawn from the firing line after an hour. His replacement Wu Yake is in line to start in his place on Monday.

Henan SSLM's comfortable win over Guangzhou City on Tuesday was their third victory on the bounce and with things running smoothly at present, we expect changes to their team to be minimal on Monday. Ma Xingyu and Han Dong could make the cut however having come on after just 34 minutes in midweek. 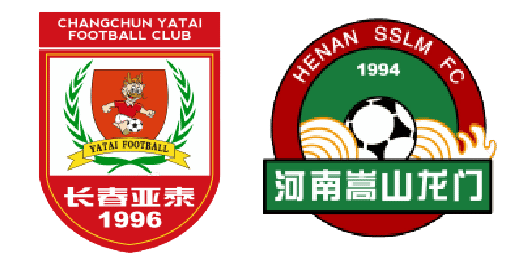 The bookies have priced Henan SSLM at their favourites to win on Monday.

Wuhan Three Towns top the pile in the Super League at present.