This preview look at the Chinese Super League group B meeting between Changchun Yatai and Dalian Pro at the Suzhou Olympic Sports Centre Stadium. Changchun Yatai are aiming for three consecutive home wins.

Changchun Yatai once again produced a strong performance to beat Beijing Guoan 2-0 with goals from Tan Long and Sun Jie. Dalian Pro were held to a 1-1 draw by strugglers Wuhan in their latest game.

Changchun Yatai have been quite impressive at home and they are aiming for three consecutive victories on the home pitch. This spells trouble for Dalian Pro, who have lost all of their away matches this season. Even though Dalian Pro were able to get some decent results including the draw with Wuhan, Changchun Yatai should be more than strong for the visitors.

Yang Chen has seen his team go without conceding even a single goal at home this season. This represents quite a challenge for Dalian Pro, who did face away struggles by being unable to score in the earlier of the campaign. Now, however, José González’ team have been able to get a goal in the two matches since the start. Even then, Changchun Yatai should be able to keep things under control.

Dalian Pro to score under 0.5 goals

Dalian Pro have scored three goals in the matches since the league started in the middle of July. However, they are up against a Changchun Yatai outfit who have not conceded in the last seven matches at home across all competitions.

Changchun Yatai are moving into a very strong position as far as challenging for the top three places are concerned. A steady positive move in league positions has come about due to the team being very strong at home. Since getting promoted from League One, Yang Chen’s men have not suffered a single defeat at home.

Dalian Pro were able to breathe a sigh of relief after the home draw against Wuhan. Both teams were evenly matched in this game and neither did not deserve to lose. The result, though, would be a disappointment for Dalian Pro given that they failed to grasp a great opportunity to jump away from the bottom few places. Now, the upcoming run of games against Changchun Yatai and Hebei promise to be quite difficult on the team. 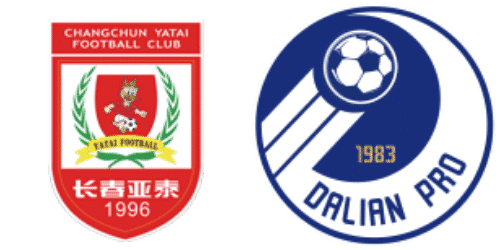