Changchun Yatai welcome Dalian Pro to the Changchun's People Stadium for a Chinese Super League battle on Sunday, June 12th. Changchun Yatai are heavy favourites to triumph this weekend. Read our free predictions and find the latest odds for the fixture below in our detailed match preview.

Changchun Yatai have beaten Dalian Pro in three of the clubs’ last four encounters. Can they come out on top again on Sunday? Read our top three predictions for this weekend’s fixture below.

Changchun Yatai were held to a draw at Zhejiang Professional on Tuesday, though they turned on the style in their first home game of the campaign just before that in a 4-1 rout of Guangzhou City and another big victory looks possible on Sunday. Changchun have won three of their last four encounters with Dalian Pro and they covered the -1.0 goal handicap in each meeting at the People Stadium. With that excellent record in mind, we recommend backing the hosts in the same market on Sunday.

Changchun Yatai’s four-goal showing against Guangzhou City should set knees knocking in the Dalian Pro defence and the hosts could enjoy another productive runout in the final third on Sunday. Dalian Pro shipped three goals on each of their last two visits to the People Stadium in the Super League and Changchun’s strength in attack makes them an option worth considering in the over 1.5 team goals market again.

View our selection of the best stats for Sunday’s Super League fixture below alongside a tool to help you choose the best odds.

You can read all of the injury updates and latest team news for Sunday’s Chinese Super League clash between Changchun Yatai and Dalian Pro below.

Changchun Yatai were frustrated at Zhejiang Professional in midweek and coach Chen Yang could make a few changes to freshen things up on Sunday. Dino Ndlovu was brought on at half time on Tuesday and the South African midfielder is in line to start this weekend.

Dalian Pro beat Guangzhou City 2-0 in midweek and they are unlikely to change their XI much for Sunday's game following that fine win. Expect to see the same personnel in a 4-3-3 formation this weekend. 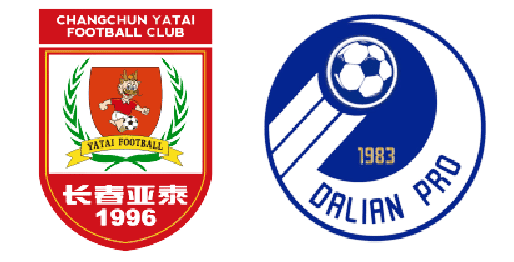 Who is Changchun Yatai’s manager?

Chen Yang is in charge at Changchun Yatai having joined the club in October 2020.