Changchun Yatai and Beijing Guoan are separated by just one point ahead of this Chinese Super League game, which will be covered by this preview. Do the home team have what it takes to get a crucial away victory and recover from the loss against Hebei? Read on to find out

Beijing Guoan do have a disappointing away record with their three games so far producing two defeats. Their only away victory this season came against strugglers Wuhan. However, Changchun Yatai have been unable to exert any influence on home matches with the team drawing two out of the opening three games. After having come out of an away defeat against Hebei, Yang Chen might see the game as a positive result even with a point as long as Beijing Guoan do not pull away in the league table.

Changchun Yatai have kept three consecutive clean sheets in matches at the Suzhou Olympic Sports Centre Stadium. Even though the defence has been excellent in home games, Chen has frequently seen his team struggle to get goals. Even the famed defence was exposed by Hebei in the recent game. Beijing Guoan were not clinical in their match against Tianjin Tigers and this situation is likely to result in a low scoring game.

Even though Beijing Guoan did not score in the recent match against Tianjin Tigers, the team had a number of excellent opportunities – including inside the 6 yard box. Changchun Yatai are likely to defend better than Tianjin Tigers, but they might end up conceding their first home goals this season.

Changchun Yatai need more goals if they are to progress up the table, as the team has so far been able to sustain a place in the top half largely as a result of their strong defence. However, the likes of Beijing Guoan could build their slender advantage over Changchun Yatai if the situation persists.

The amazing winning streak put together by Beijing Guoan came to an end with the draw against Tianjin Tigers. Even then, the team remains on form and confidence levels will still be quite high. The league position will make for a positive reading by pushing Beijing Guoan to the top if results go their way. 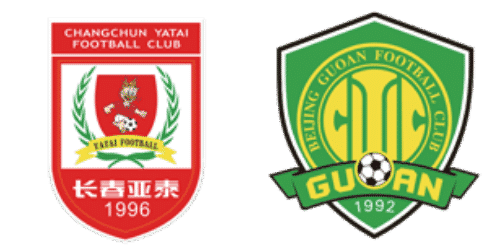