The Championship has given us some fantastic promotion battles over the past few years, from Fulham and Cardiff City’s race for second spot two seasons ago, to the top of the table tussle between Norwich City, Sheffield United and Leeds United in 2018/19. But this season’s fight for a spot in the Premier League was starting to look like something of a foregone conclusion as recently as the turn of the year. When Leeds won a 5-4 thriller at Birmingham City on December 29 they found themselves tied with West Bromwich Albion on 51 points and in first place – 11 points clear of Fulham in third and appearing well-positioned to finally make a return to the top flight after a 16-year absence. Fast-forward less than two months and the promotion picture is looking markedly different, after a tumultuous few weeks of football in England’s second tier. Prior to the latest two rounds of Championship fixtures, the gap between the teams from second to fifth had been reduced to just two points, after a drop in form from Leeds United coincided with a run of positive results from Fulham, Nottingham Forest and Brentford. Marcelo Bielsa’s men have regained a three-point advantage on their challengers over the past week, but the constant ebbing and flowing of the league table is testament to the unpredictable nature of the Championship – it certainly feels harder than ever to predict who will come out on top when the end of the season rolls around. But the statistics behind the campaign so far can go some way to helping us estimate how the league will look at its conclusion. Bielsa’s sides are often criticised for struggling in the final stages of the season, but it’s hard to argue with Leeds’ numbers to date. For starters, the Whites are top of the table when it comes to expected goals (xG) with 61.93 – that’s over ten goals better than Brentford, who are second in the xG chart with 51.29. It also puts Leeds’ xG just under 14 goals higher than their actual goal tally, suggesting that the men from Yorkshire are well placed to finish the season strongly if they can be more clinical in the final 13 matches. The recent loan signing of forward Jean-Kévin Augustin from RB Leipzig could go some way to addressing their problems in front of goal. 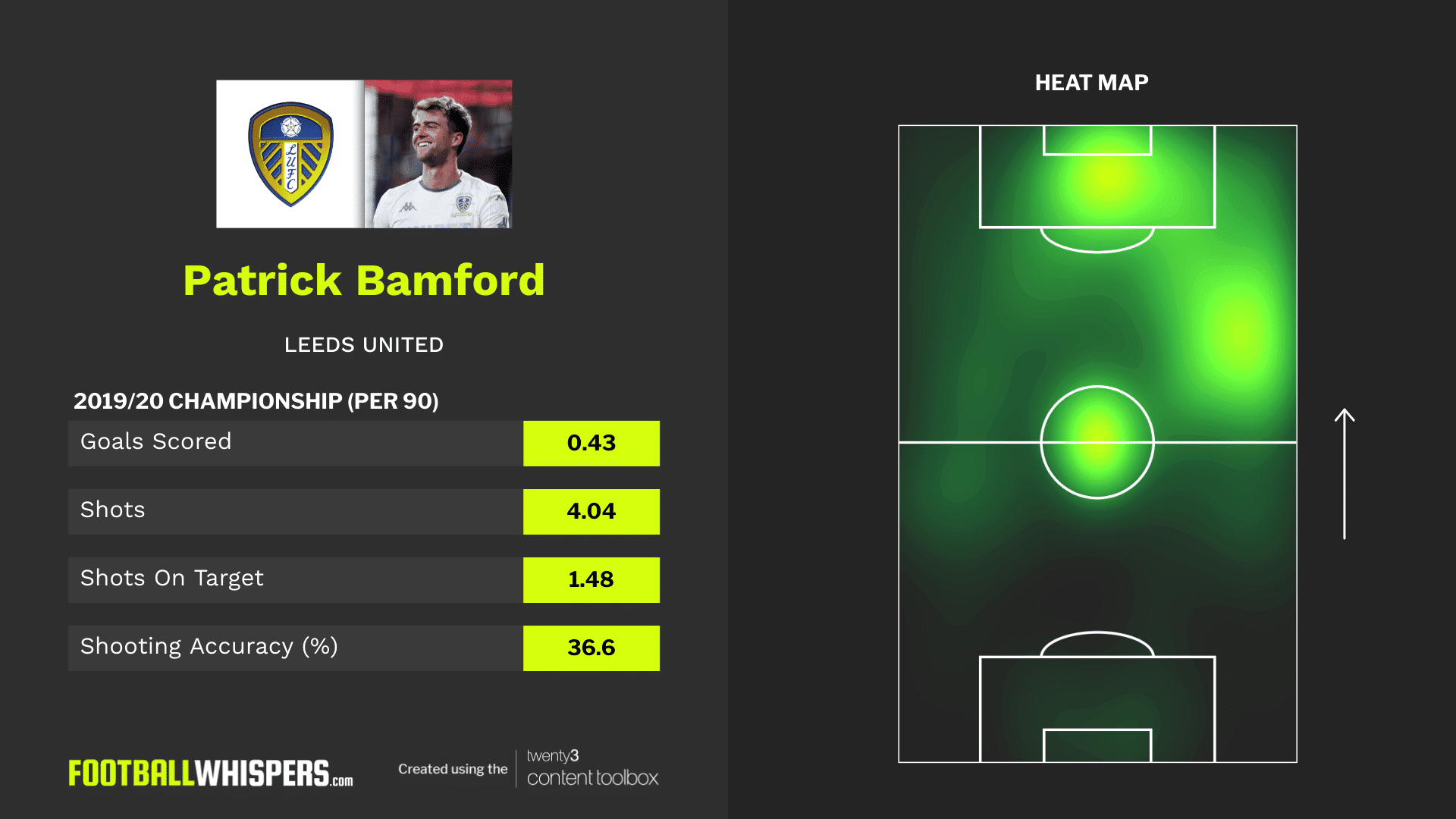 Current first-choice striker Patrick Bamford has the highest individual xG in the Championship (22.98) but has only found the net on 12 occasions – that degree of wastefulness could significantly hamper the Whites’ promotion chances and suggests that they may be better off with Augustin upfront for their remaining games. When you consider that Leeds are also the joint-best team in the division with Brentford for Expected Goals Against (xGA) at 27.73, it becomes increasingly apparent that Bielsa has put together a side worthy of finishing in the top two. Their recent drop off in form – only winning two league matches in 11 attempts until Saturday’s victory over Bristol City – will, of course, worry supporters after last year’s capitulation at the final hurdle. But all the numbers point to this finally being Leeds’ season, with the Whites also impressing in a whole host of other metrics. Whether it’s shots per 90 (14.38), crosses per 90 (21.84) or touches in the box per 90 (24.74), the former Premier League heavyweights come out on top. Taking all that into account, it feels like this must surely be the time for Leeds United to rejoin the game’s elite. 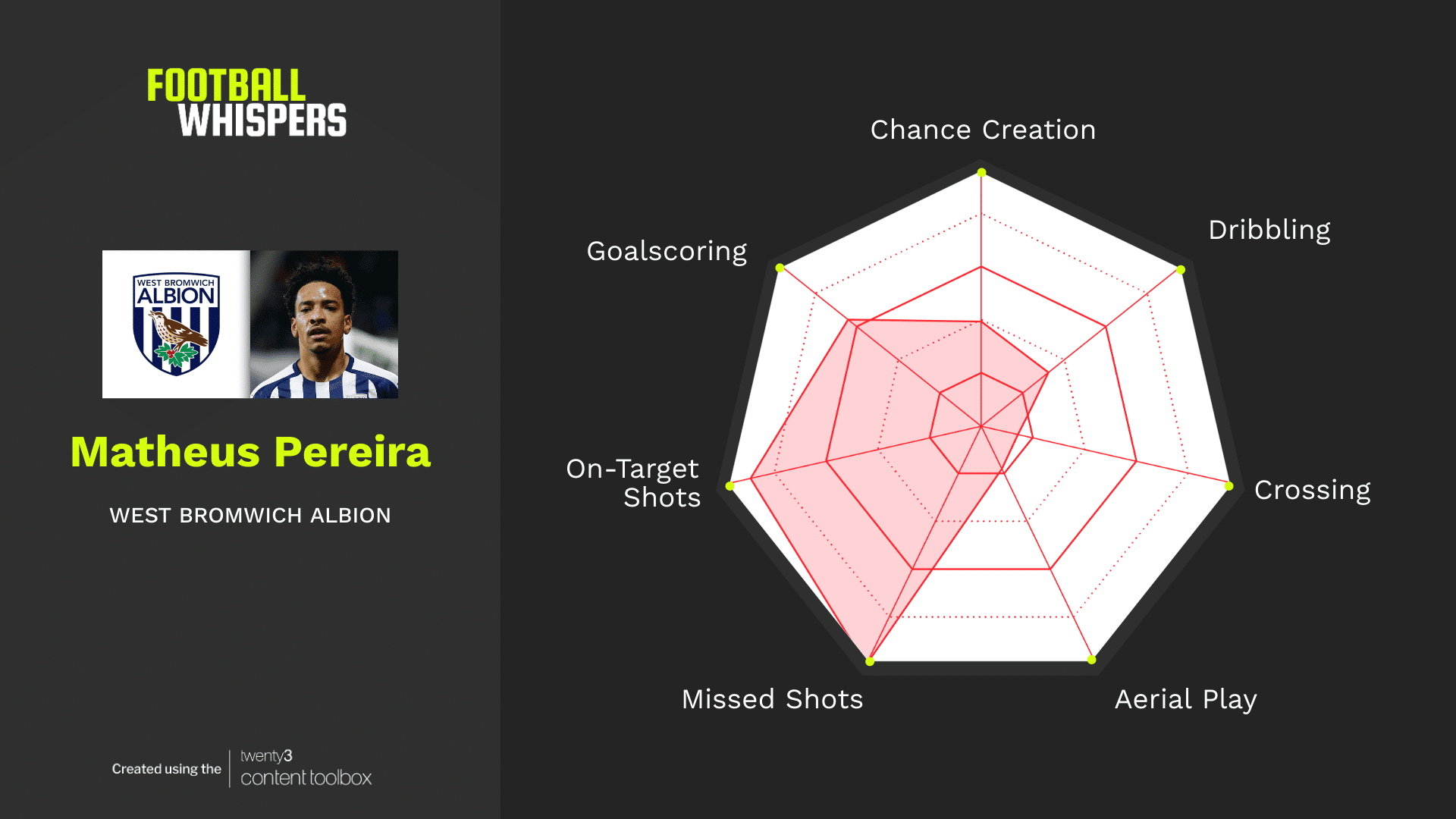 But who will join them in the top flight? Most people would say that the smart money is on West Bromwich Albion at this stage of the campaign, with the Baggies currently in pole position and seven points clear of third-place Fulham. Slaven Bilić’s free-scoring side have found the net more than any other team in the Championship (59), but it is worth noting that they have outperformed their xG (49.81) by just over nine goals. They’re also below Brentford in the table if we look at expected points (xP) with 53.4 versus the Bees’ 58.3. Interestingly, the west London club have also been better than the Baggies in a number of other areas, from touches in the box per 90 (21.32 vs 17.87) to shots against per 90 (8.07 vs 9.87). It may be that West Bromwich Albion’s eight-point lead over Thomas Frank’s team will be enough to see them over the line, but it would be unwise to rule out a late charge for the top two from Brentford in the campaign’s final few months. 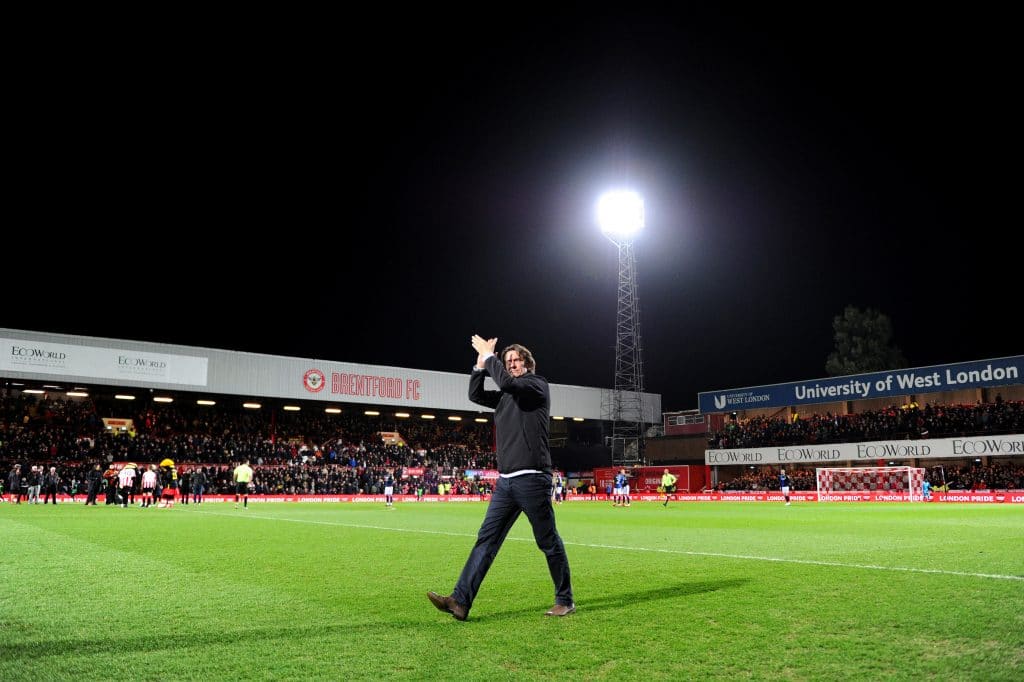 Even if the Bees don’t make it into the automatic spots, the stats point to them looking well-placed to come out on top if they finish in the play-offs. However, it would be foolish to try and predict that end of season lottery, and perhaps also not advisable to bet against Fulham – experienced play-off campaigners after finishing in the top six during two of the last three seasons (and winning at Wembley two years ago). The Cottagers don’t quite match up to Brentford, West Bromwich Albion and Leeds United in most of the key metrics, but have tightened up defensively since centre-back Michael Hector became eligible to play for Scott Parker’s side at the beginning of the year. 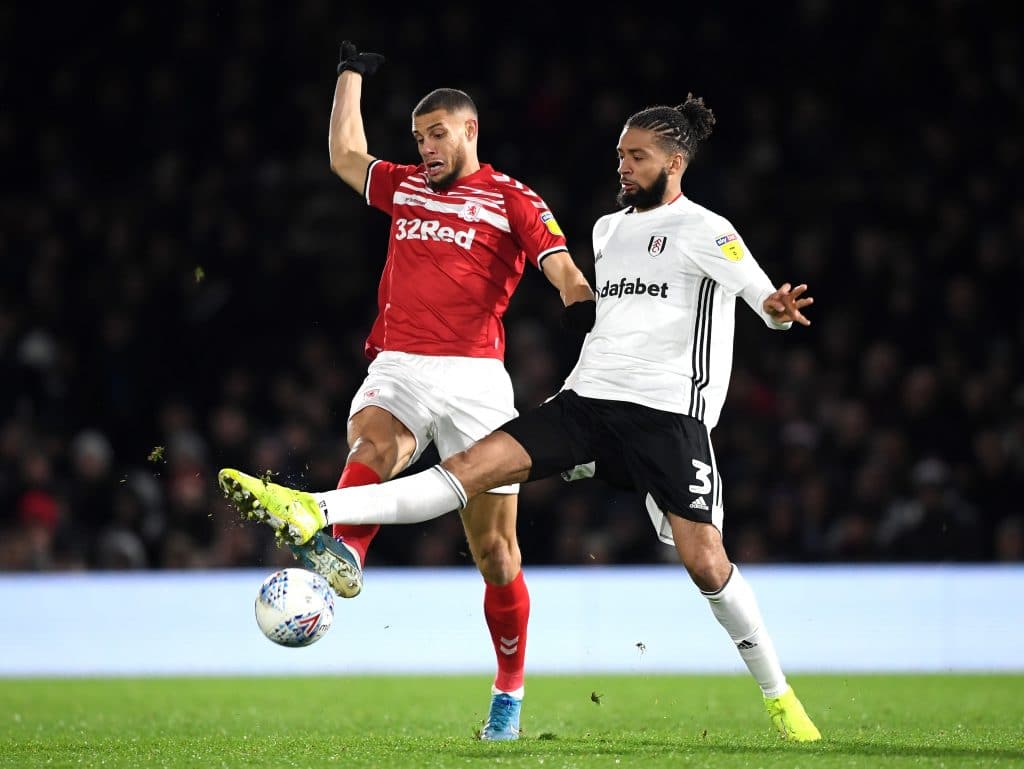 Three back-to-back clean sheets in January indicate that we could see a more resilient Fulham in 2020, which may be enough to keep them in the promotion mix over the coming months. But the numbers certainly suggest that it could be the other promotion-chasing team in west London cracking open the champagne in May, joining Leeds United in the 2020/21 Premier League party.