After a gruelling 46-game league season, four Championship sides must now prepare themselves, mentally and physically, for the gruelling play-offs.

This year’s semi-finals in England’s second division see Fulham face Derby County and Aston Villa take on Middlesbrough over two legs. The sides who come out victorious go to Wembley for a one-off shoot-out to join Wolverhampton Wanderers and Cardiff City in the Premier League.

But what can you expect from each team? We’ve got the lowdown on the four sides in the play-offs before the second legs on Monday and Tuesday night.

Fulham are up there with the very best footballing teams in the Championship. They play a passing game influenced by the great Johan Cruyff, whose son, Jordi Cruyff, appointed Slaviša Jokanović at Maccabi Tel Aviv before the Serbian moved to Craven Cottage.

“Fulham knew what they were buying when they hired Jokanovic,” Cruyff told the Daily Mail. “They knew they wanted a certain kind of profile and they're getting it.

“In the end about positive football philosophy. Look at the passing stats, you can say that Fulham is a football team that plays with great passing combinations.”

They dominate games – no other Championship made more accurate passes than their 429.95 per game, while they averaged 57.6 per cent possession – also the highest in the league. They scored the most goals from open play too, 60 – ten more than champions Wolves.

The Whites’ defence is definitely weaker than their attack. Of the sides to finish in the top eight only Derby (48) conceded more than Fulham's 46.

However, the biggest issue may be a mental one rather than a footballing one. The Whites were favourites for the play-offs last season, but choked against Reading, losing 2-1 on aggregate.

The quality in the play-offs is arguably higher this season, and Fulham can’t afford to freeze on the big stage again.

Given Cardiff’s draw on Sunday, a win would have seen Jokanović’s side promoted, but their 23-match unbeaten run came to an end at Birmingham City as they lost 3-1, again raising questions about their mentality in big games.

Defender Tim Ream was critical after that match, saying: “We got the result we needed in the other game but we s*** the bed. We could not do the business.”

Teenage sensation Ryan Sessegnon may have been named the Championship Player of the Year, but Fulham’s captain Tom Cairney makes them tick.

No-one in the league has averaged more than his 87.13 passes per 90, while he also makes the highest amount of accurate through balls per 90 (0.29).

He’s got a wand of a left foot and if Fulham don’t go up expect to see him in the Premier League next season.

From the Fulham camp…

“We are more experienced now. This is the second time we are in the play-offs, we are a good team and can perform better than today. We can find more pace and create more chances, and be more solid on the defensive side.”

If you want a squad full of leaders, you only have to look at Aston Villa. As well as Mile Jedinak and Glenn Whelan, they have John Terry – winner of five Premier League titles and five FA Cups at the heart of the defence. Play-offs are often about keeping your cool and performing on the big occasion. They will expect their No.26 to lead by example.

With Terry around, alongside James Chester, it’s no shock they have the best defence out of the sides in the play-offs, conceding just 42 goals last season. That strong backline has made Villa Park a fortress – they have only lost twice at home in the league all season.

And Steve Bruce knows how to prepare a side for the play-offs, he’s taken Birmingham City and Hull City up via that route in the past.

With the squad they’ve got, you would have expected Villa to have made more of a serious challenge for automatic promotion.

But only Conor Hourihane and Albert Adomah have more than ten goals in the league this season, despite the Midlands’ side’s attacking prowess, with Scott Hogan and Jonathan Kodjia in their ranks.

They may not necessarily play the nicest brand of football – but as Cardiff going up shows, that doesn’t matter.

Terry may be the captain but it’s Jack Grealish who most excites the fans.

He’s been fully fit and flying in recent weeks, and is undoubtedly Villa’s most creative player.

And while he only has three league goals this season, he can hit a stunner, as he showed against Cardiff last month. 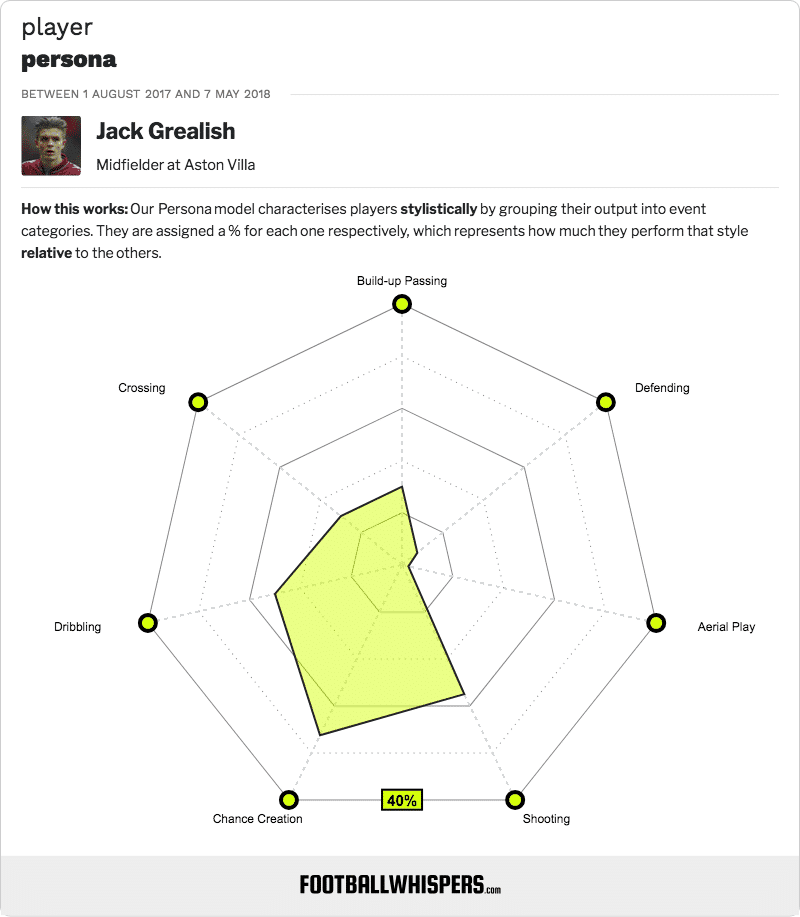 From the Villa camp…

Conor Hourihane admits the play-offs are about mental toughness as well as just how they can play, telling the Express and Star: “It’s about handling the occasion. Not getting caught up in the fact it is the play-offs. Ultimately, it is a game of football.

“We will have done our homework and we have experienced players, without a doubt. The names speak for themselves. We’ll be ready. We are all looking forward to it.”

With Fulham and Aston Villa falling to final-day defeats, Tony Pulis’ men are the side heading into the play-offs with the longest unbeaten run, albeit only one standing at four matches.

After a disappointing start to the season under Garry Monk, the former West Bromwich Albion boss has come in and breathed new life into Boro.

They are a big physical side who are solid at the back, as you would expect from Pulis. He usually has success with his style, even if it isn't always pretty on the eye.

Individual errors have been hugely costly for Middlesbrough this season. They conceded six goals from the penalty spot – only Hull City (seven) let in more.

And if you’re looking for a team to dominate the game, that isn’t Boro under the Welshman. Since he came in, they average 43 per cent, compared to 53 per cent before his arrival.

Patrick Bamford may have been among the goals in recent months, scoring ten since January, but it is Adama Traoré, out of favour under Monk, who has become Boro’s star man for Pulis.

Per 90 minutes, he averages an impressive 9.74 successful take-ons, unsurprisingly the highest number in the Championship.

He also tops the rankings for assists per 90 – at 0.4. The right winger won’t give Neil Taylor and Terry an easy game at all, and will surely target the left-side of Villa’s defence as he can easily outpace them. 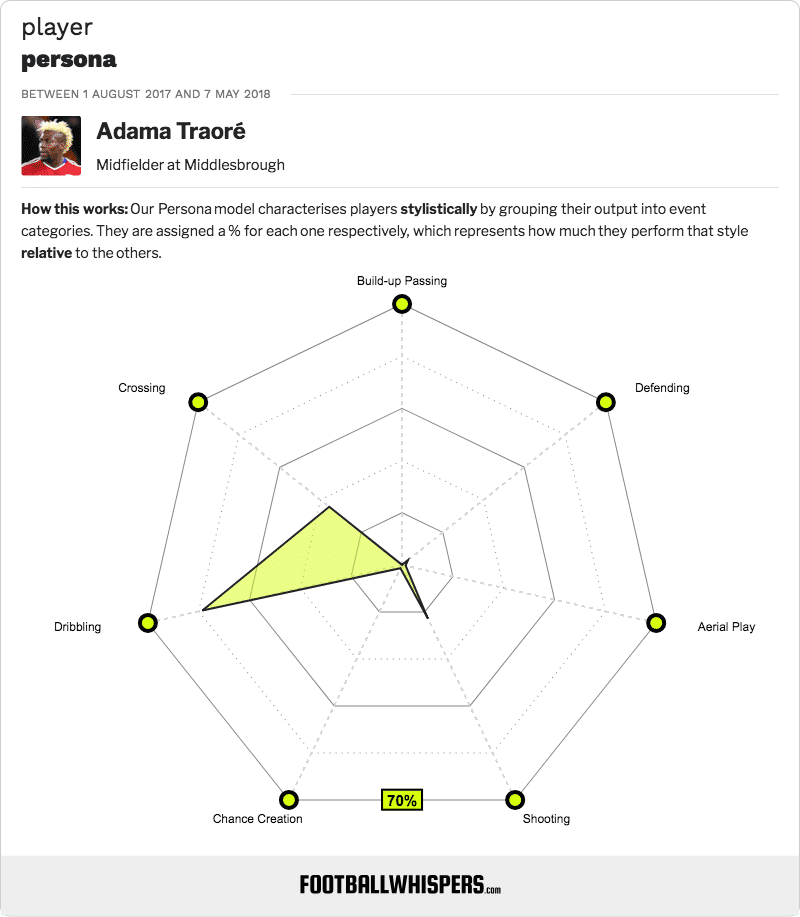 From the Middlesbrough camp…

“If you had given me a play-off position when I took over the football club I wouldn't have cared who we were playing so I can't be judgmental or care or worry about who it is,” said Pulis after the final game of the normal season.

“We have got Villa who most probably have the strongest squad in the Championship and it will be a real tough game. They will be big favourites, I'm sure.”

Derby were the only team of the play-off four who won on the final day of the Championship season and have bounced back after suffering three straight defeats in April.

They are dominant in the air – winning 52.8 per cent of their aerial duels this season – only Birmingham City, Millwall and Wolves have done better.

Gary Rowett’s side also have a habit of finding the back of the net too; they’ve only been stopped once in their last nine league games, by champions Wolves.

Like Fulham, there are questions about whether they choke at crucial moments – the Rams have been in the Championship since 2008/09 despite spending big money to return to the Premier League, and have often fallen away towards the end of the season.

In fact, that is what they did this term. After sitting comfortably in the play-offs at the turn of the year, they only secured their place in the top six on the final day of the campaign.

What’s more, their away form isn’t great – they only won eight times on the road in the league – the second worst of the top ten in the division.

The man behind 30 per cent of Derby’s goals this season is Championship top scorer Matěj Vydra, who found the back of the net 21 times in the 46-game campaign.

The Czech forward is not all about shooting though, he can play a decent pass too – averaging 0.19 accurate through balls per 90 – the ninth highest in the Championship.

The 26-year-old has experience in winning promotion to the top flight with Watford, and Fulham will have to be wary of keeping him as quiet as possible – when he gets a chance, he’ll cause real problems. 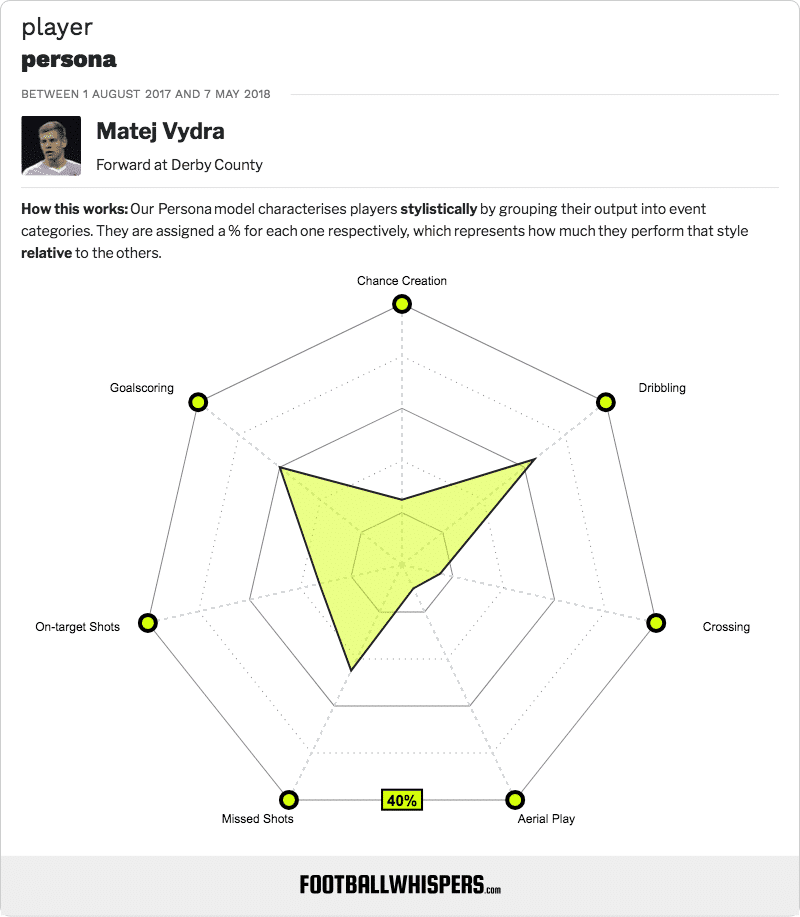 From the Derby camp…

“We weren’t too worried about where we finished going into the final game of the season; we just wanted to finish in the top six,” captain Richard Keogh told RamsTV.

“We know we’re in for two tough games and Fulham have had an excellent season, but we’ll attack the game and see where it takes us.”

“Anything can happen in the play-offs, as we know too well, and we’ll look forward to what’s to come.”