As difficult as it is, we must now bid farewell to the Champions League for the next two months.

After six thrilling, drama-filled matchdays, club football's most prestigious competition curls up for its annual mid-season hibernation, leaving us wanting more until it returns with the last-16 on February 12.

Until then, however, we have reached the point at which it is fair to reflect on what's happened so far.

With that in mind, we have decided to pick not only our best XI from the group stage, but our surprise XI too, shining the spotlight on some of the standout players from clubs that perhaps didn't make it through to the round of 16.

We start off with the best XI.

The Brazilian has been showered with praise of late but he has earned it. Whether you think that save against Napoli was a tremendous stop or merely a shot hit straight at him, his performances throughout Liverpool's campaign, particularly away to Paris Saint-Germain have been stellar.

His athletic shot-stopping and smart distribution have delivered exactly what was required between the sticks after Loris Karius' high-profile error in last season's final.

The Portuguese right-back impressed as Juve topped Group H. The 24-year-old showed plenty of enterprise during the Bianconeri's 1-0 win over Manchester United at Old Trafford and impressed against in both games against Valencia, from whom the Italian champions signed him in the summer.

Now 34, the Brazilian remains hugely influential for PSG. His commanding display in the 2-1 win over Liverpool was hard to miss and was a steady figure alongside the comparatively inexperienced Presnel Kimpembe.

The Premier League champions shelled out a huge fee for the Frenchman but he is proving a shrewd investment. Laporte played every minute of City's campaign, completing more passes (474) than any other defender in the competition while chipping in with two goals, including an equaliser in the 2-2 draw away to Lyon.

The 29-year-old remains – in this writer's opinion, at least – the best left-back in European football. Rested for the final group game against Tottenham, Alba was outstanding in the other five, notching a hat-trick of assists in the 4-2 win at Wembley before finishing off Inter with a cool finish in a 2-0 win at the Camp Nou. Only one defender surpassed his 19 touches in the opponent's box, highlighting the Spain international's influence in the final third.

Yet again a crucial cog in the Barça machine, the 30-year-old was superb in the away win over PSV Eindhoven and was a metronome against Inter, completing 99 per cent of his passes. His haul of 23 tackles was also the second highest among midfielders.

The Belgian has proved to be one of the signings of the season, adding steel and intelligence to Lucien Favre's Bundesliga pacesetters. The 30-year-old was particularly good in Dortmund's 4-0 demolition of Atlético Madrid, getting the ball rolling with the opening goal before commanding the middle of the pitch.

The Spaniard is approaching the autumn of his City career but seems as determined as ever to lead them to European glory. Silva scored or assisted in four out of the five games in which he played, scoring a late winner in Hoffenheim before pulling the strings with a consummate sense of craft in the 6-0 win over Shakhtar Donetsk.

Kylian Mbappé starred alongside the Brazilian but Neymar's return of five goals and an assist is enough for him to edge his teammate. The former Barcelona star's stats certainly catch the eye, completing more take-ons (32), forward passes (127) and open play key passes (16) than any other forward. The 26-year-old put Red Star Belgrade to the sword, too, crushing them with a superb hat-trick at the Parc des Princes. 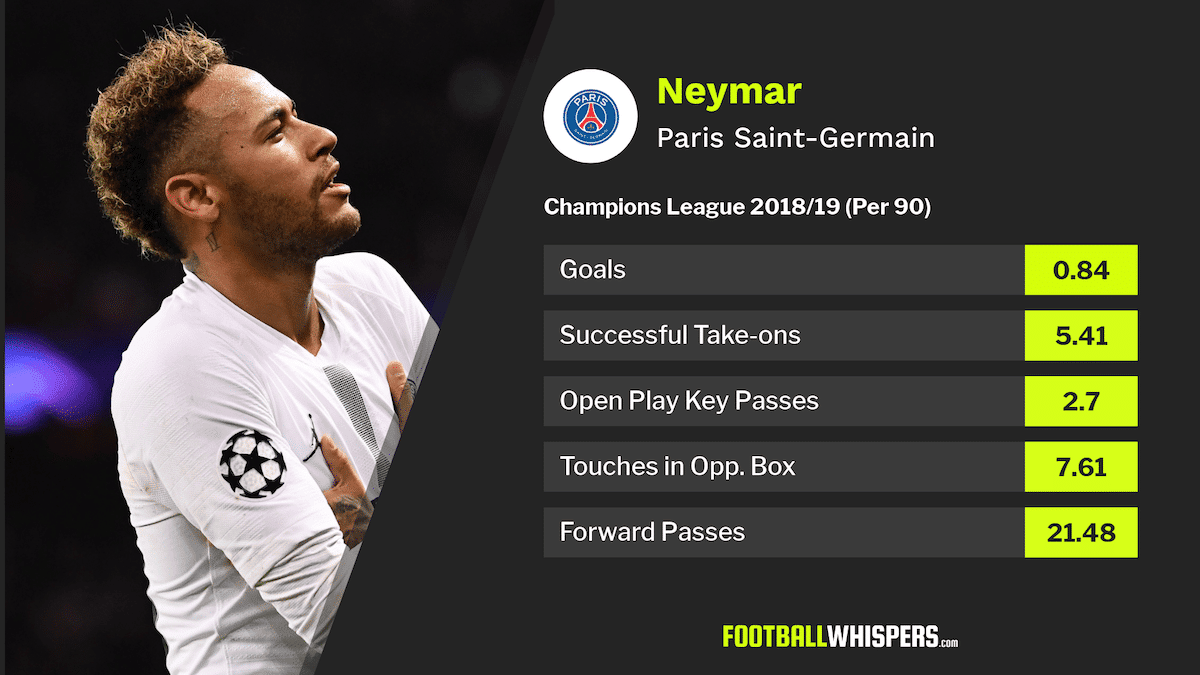 Barça's talisman continues to dazzle and entrance on the biggest stage, exhausting superlatives and putting the ‘beautiful' into The Beautiful Game. Determined to clinch his fifth Champions League title to match Cristiano Ronaldo's haul, the Argentine was simply too good for Spurs at Wembley, scoring twice, after having brushed PSV aside with a hat-trick in the campaign opener.

One of the finest finishers the game has ever seen, Lewandowski continues to deliver for Bayern at an astonishing rate. The prolific Pole struck eight times in the group stage including three successive braces against AEK Athens, Benfica and Ajax. If he continues his hot streak into the knockout rounds Bayern will be tough to stop. 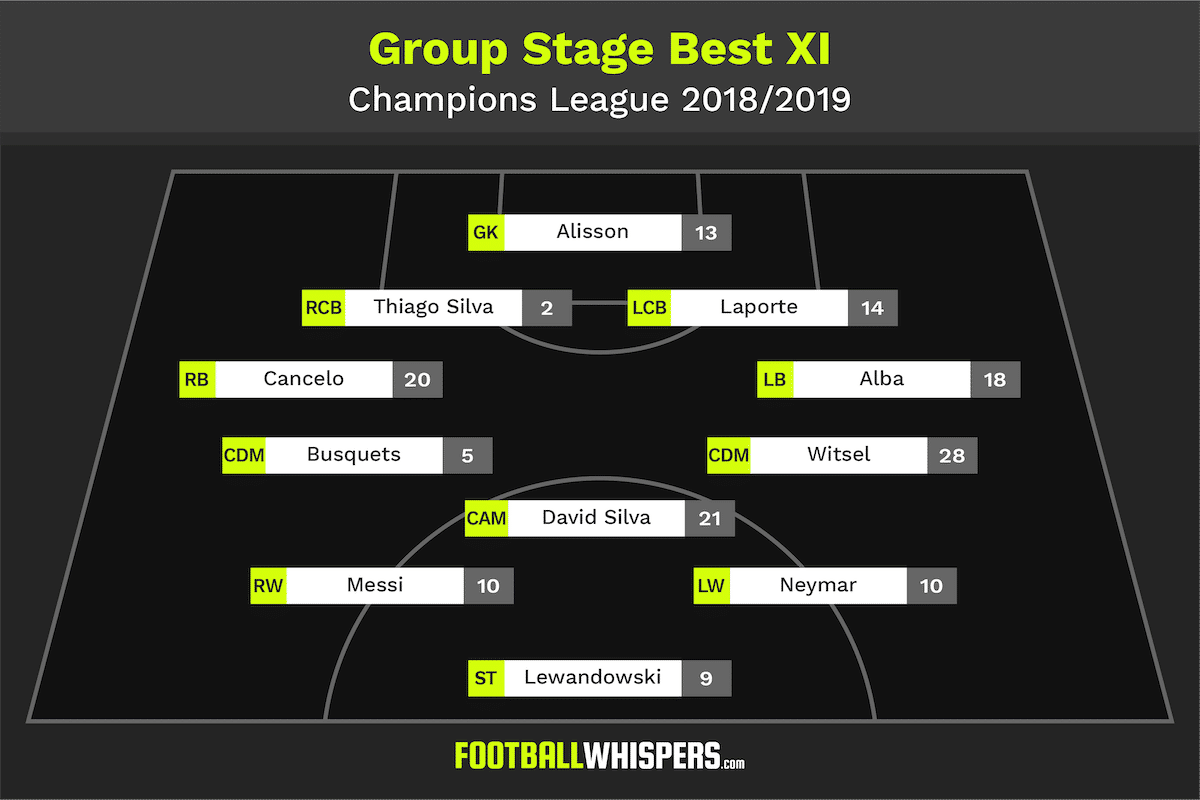