The Champions League Final is upon us at last, and we can't wait to bet it. The match will see two sides that definitely deserve to be in it – PSG and Bayern Munich. It will take place at an empty Estadio da Luz in Lisbon, but the absence of a crowd should not make the match any less electric.

Interestingly enough, one of the teams is heavily favored, but is that the right side to bet? We will see below.

If you don't have an account with Bet365, they also offer top odds & markets for this game:

PSG and the performance in the Champions League semi-final

We saw a quarterfinal match in which PSG barely won with a miracle comeback in the closing minutes. In the semi-final against RB Leipzig, the Frenchmen looked rejuvenated and played one of their best games so far.

We don't say that only because of the result (3-0) but also because of how dominant their performance was. Any viewer would conclude that Leipzig simply did not stand a chance. It looked as if the match's outcome was never in doubt, thanks to PSG's speed and power.

PSG managed to score 3 goals on 9 shots on goal. This is a reasonably good efficiency indicator, especially given the fact that they also hit the upright once. This firepower cannot wait to be unleashed versus Bayern in the final. Also, let's mention that Mbappe is back, and he looks 100% healthy and ready to go.

What did Bayern do in the UCL semi-final? 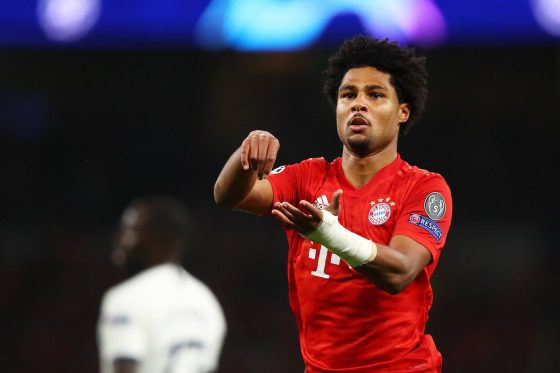 Well, Bayern got the job done. Unlike PSG's victory, though, the 3-0 result here is sort of misleading. Lyon had plenty of chances to score, and some of them were really wasted opportunities. We expected it do be the other way around. Bayern should have dominated the opposition while PSG was supposed to have a tough outing against a solid RBL team.]

And yet, the Germans had possession for 64% of the match and had 3 times more attempts on goal than Lyon. They keep winning and keep scoring goals.

There will be goals – this is for sure. We see no reason why both teams will start holding back now. The defenses will have their hands full, and if you think PSG will have to only think about stopping Lewandowski, you better have another thing coming. Serge Gnabry is in the best form of his career so far and will be a threat. Bayern Munich tends to attack with 5-6 people, and you never know which side the danger will come from.

The same can be said about PSG, especially with Kylian Mbappe in the lineup. Neymar is one of the most creative finishers in the world and will be supported by the speedster Di Maria.
We would definitely look at betting the BTTS (both teams to score) market, but in the end, the Germans should prevail with more toughness in the backfield.

Experience is also something we have to point out, and since this is Bayern's 11th Champions League final and PSG’s first, we simply have to give the German side the advantage.

The top markets of the Champions League final to bet on

Such a match always has people gravitating towards the Match result market. This will be no different here.

Match result: The value prediction is on PSG

Yes, we picked Bayern to win and BTTS to score, but we cannot dismiss the fact that the price for Paris Saint-Germain to win the match is exceptionally value-bearing. Currently, you can get 23/10 for PSG and about 1/1 for Bayern Munich. These odds favour the Germans heavily, and to be absolutely fair, we aren’t sure why. Is it all because of the experience? Is it because Bayern has scored 2 times more goals than PSG in their last 5 matches?

And finally, let’s not abandon the possibility for the match to end in a draw at odds of 3/1. Having extra time in this year’s Champions League final is going to be the best thing ever!

BTTS (Both teams to score)

You aren't getting an excellent price here. Wе don’t suggest betting this market without combining it with one of the teams to win. Betting the BTTS market at 1/3 right now is simply not an investment with decent value. Look to bet elsewhere

Like the market above, the classic “over 2.5 goals” market will give you no value. It is priced at 1/3, meaning that you have to wager good money to net a nice profit. Going for the “over 3.5” will get you in the vicinity of 1/1, so betting that may be the smarter option.

If you want to look really smart, though, you can go for the “under 2.5 goals,” but this contradicts our top tip – Bayern to win and BTTS.

To win from behind

This is a fun market which we only think makes sense if you are betting Bayern. Currently, you can get a price of 11/2 for the Germans to trail and come back to win and lift the trophy.

Don’t be surprised if we see an early opener. Betting on one of the teams to score in the 1st half is an investment that may get you prices of anything between ½ and 1/1.

PSG vs Bayern tips: Bet with a top bookie

Choose from one of our recommended partners:

Where is the match taking place?

The venue is neutral. It is Estadio da Luz in the capital of Portugal – Lisbon.

Will there be fans at the Champions League final?

What time does the UCL final start?

Who will win the Champions League this season?

According to our prediction and the odds that bookies have given out, we think that Bayern Munich will win, and both teams will score.

Where can I bet the Champions League final between PSG and Bayern Munich?

Some of the top bookies are:

Gala Bingo app: Download to your iOS or Android device

Hollywoodbets Review: All you need to know about a great South African sportsbook