When Rodgers walked out on Celtic to become the Foxes' fourth boss in 23 months, plenty questioned the decision. But after ten wins in 18 games, Rodgers has been more than vindicated.

The Foxes have earned plenty of plaudits and won many admirers, among them former Manchester United midfielder Darren Fletcher. The Scot has backed Rodgers' side to pull off a shock.

“Leicester have a spine of the team that is experienced – in Jonny Evans, Jamie Vardy and Kasper Schmeichel in goal. They have proven winners and young and exciting talent around them,” Fletcher told BBC Radio 5 Live.

“They could achieve something fantastic like breaking into the top four quite easily.”

Supporters of clubs not expected to qualify for the Champions League are already clamouring for just that; a second Leicester City miracle in four years. Anything to knock down the door to the exclusive Premier League top-four club. 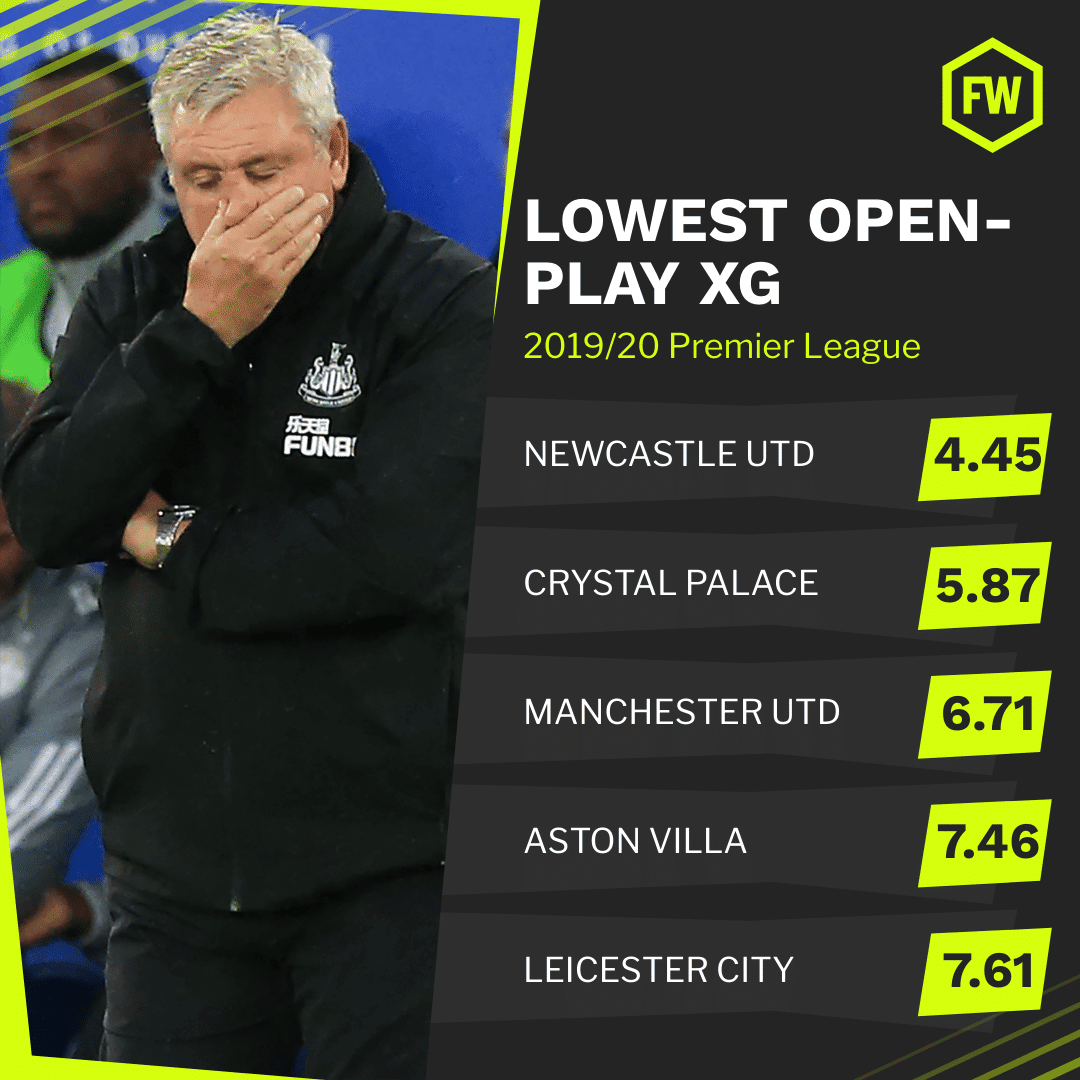 But might all not be as it seems? The Foxes' expected goals data for the 2019/20 campaign makes interesting reading.

Rodgers' side have the fifth-lowest open-play expected goals total – which takes into account all shots in open play an ascribes a value based on the likelihood of it yielding a goal – standing at just 7.61.

Yet with 13 open-play goals, they have hugely overperformed that number. Sunday's crushing win over Newcastle exacerbated matters, in a sense, and their open-play xG total for the game at the King Power was only 1.64.

That can be explained by looking at some of the goals. Jamie Vardy's opener was from an extremely acute angle and while Martin Dúbravka's error to allow it to wriggle underneath him wouldn't have been accounted for by xG, it serves to underline how fortuitous it was.

Ditto Dennis Praet‘s strike which took a large deflection off of Paul Dummett. 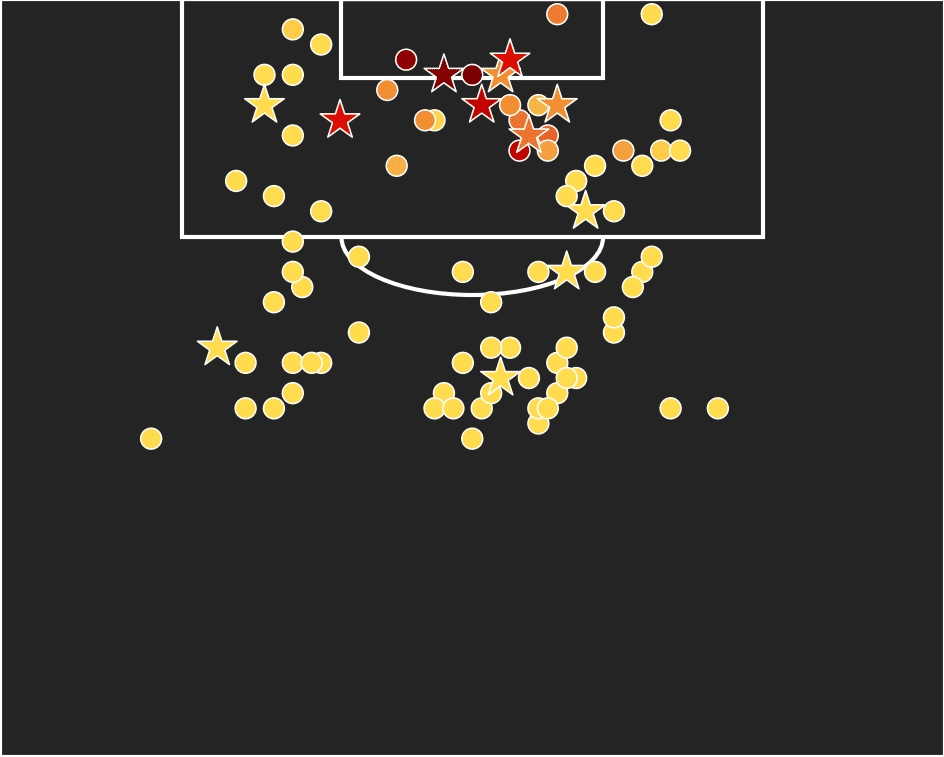 The above visualisation accounts for every open-play effort the Foxes have had this season. The darker the circle or star the higher value the chance while stars signify goals.

What's immediately evident is Leicester do not take an abundance of shots from central areas of the penalty box – theoretically the best place to shoot from. That is backed up in the fact the Foxes have taken the second-fewest shots from the centre of the penalty area per 90 with 3.14.

Yet they're top when it comes to shots from outside the box in the centre (6.71) – theoretically one of the worse areas to shoot from.

That bold approach has paid off, as we can see, in the form of three goals already. Vardy's immaculate lob at home to Bournemouth, James Maddison's stunning low drive in the home win against Tottenham and Ricardo Pereira's curling opener against Newcastle.

Typically all three would be deemed low-value chances. Expected goals models do not factor in the player taking the shot, so overlooks the fact Maddison is particularly adept from range.

In fact, he has 11 league goals from outside the penalty area since the start of the 2016/17 season, encompassing two seasons with Norwich City and a stint on loan at Aberdeen.

Regardless, over the course of a full campaign, Leicester's players are unlikely to run so hot when shooting from distance. That said, the Foxes managed eight goals from outside the box last season, the eighth-most in the Premier League, as well as taking the third-most shots from outside the box per 90 (5.68).

Right now it's difficult to draw too many conclusions from such a small data sample – things should plateau over the season. As far as Rodgers is concerned, though, the only statistic which matters is Leicester find themselves third, well and truly in the discussion for Champions League football.