It hasn’t been easy for Cesc Fabregas at Chelsea recently. Under Antonio Conte, the playmaker has found himself largely consigned to a role on the bench with the Italian preferring the more dynamic and powerful partnership of N’Golo Kante and Nemanja Matic.

There had been talk in the January transfer window that the former Arsenal and Barcelona man was plotting to pack his bags and join AC Milan, yet he stayed at Stamford Bridge, insisting that he never entertained the prospect of leaving.

Fabregas was an instant hit with Chelsea fans when Jose Mourinho signed him in 2014, despite his close ties with Arsenal. His impact during Chelsea’s title-winning campaign was undeniable. His 18 assists marked him out as the most effective creator in the league, while only PFA Player of the Year and team-mate Eden Hazard created more chances from open play (although Fabregas still had more assists from open play with 11 to Hazard’s 9).

That season, Fabregas also had the most average touches of the ball per game and most touches overall throughout the season, underpinning his strength of influence in Mourinho’s system. 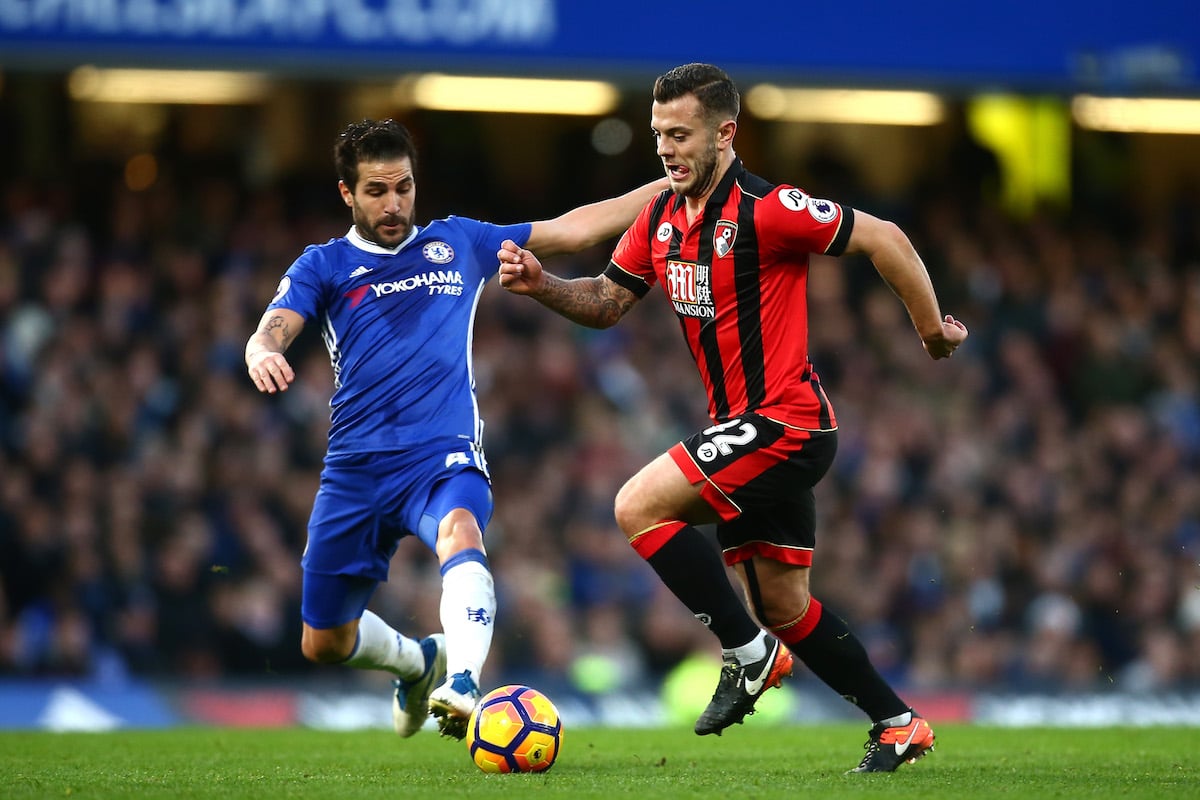 However, although his performances dipped along with several Chelsea players last season during a disastrous title defence, Fabregas has not been afforded much of an opportunity to make amends under Conte. Considering his consistency, creativity and experience, it doesn’t seem right that a player of his stature – who is still the right side of 30 – should feature as a cameo in Chelsea’s current unrelenting charge towards supremacy.

Of course, they certainly haven’t missed him. Conte is too astute to merely throw Fabregas into his side because of his stats down the years. In Kante and Matic, the Italian has a midfield partnership that offers the complete package defensively while relying on Pedro, Hazard and wing-backs Marcos Alonso and Victor Moses for creativity, and Chelsea have been an irresistible attacking machine even with the Spaniard out of the team.

Regardless, Fabregas’ Man of the Match display in the 3-1 win over Swansea City on Saturday reminded everyone what a clinical playmaker he is. The 29-year-old scored the opener before setting up Pedro to make it 2-1 with 20 minutes left (the assist brought his career haul to 102, joint-second in the all-time Premier League charts alongside Frank Lampard).

Fabregas remained a bright spark throughout the game, also being denied a second strike by the crossbar and constantly linking up with Hazard and Diego Costa in a manner that gave Swansea’s defence headaches aplenty.

He played as though determined to make a point, to make some people remember – and he achieved that admirably. Fabregas created five chances, completed 85 per cent of his passes, won 100 per cent of his tackles and made two interceptions in a wonderfully efficient display that stirred up memories of the old Cesc, marking his 300th Premier League appearance with trademark style, craft and panache. 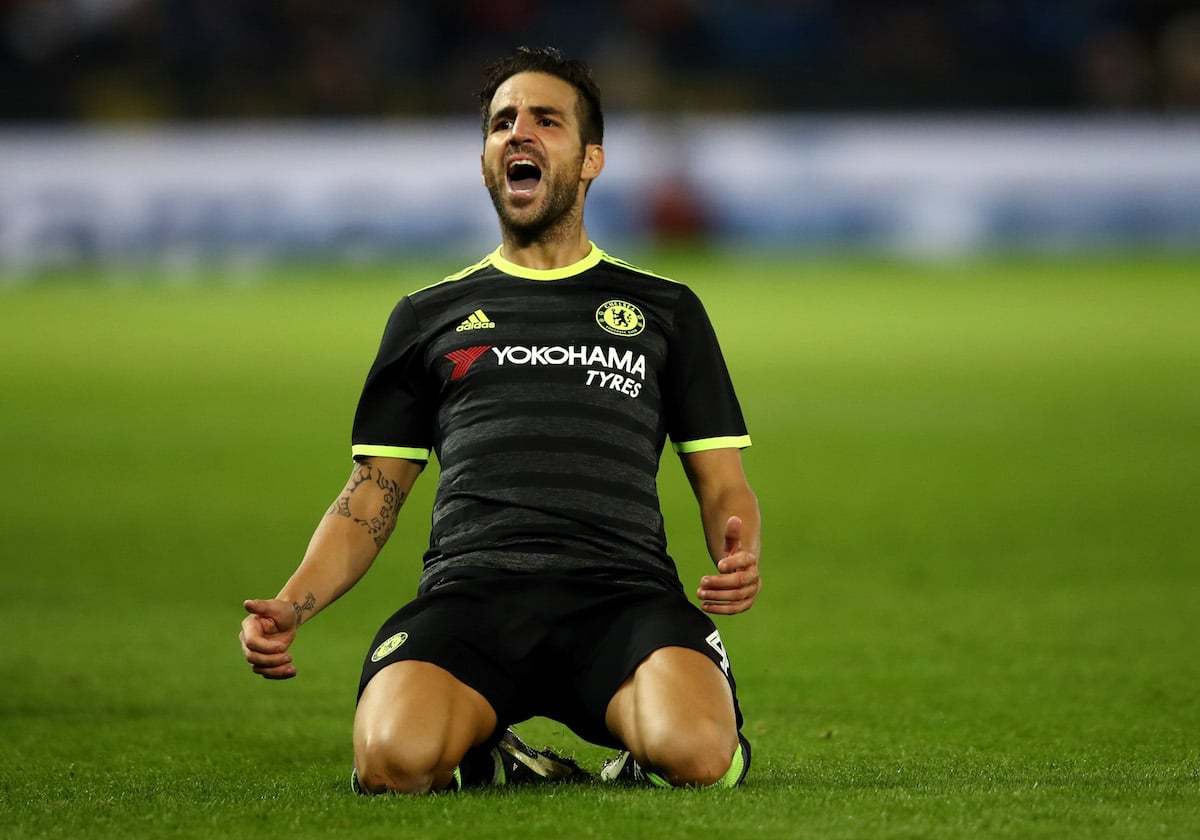 It was perhaps surprising to some when Conte said he would continue to use Fabregas sparingly following the game. “Cesc played a really good game, but it's important for me to have these solutions … when we need to have a player with more quality (on the ball), and to lose something in height,” Conte said. “I'm really pleased to see him in this form despite not starting the last game in the league. This is the right way to continue.”

That might be hard for Fabregas to take. Putting in a Man of the Match performance during a rare starting berth may entitle him to a run in the team, but he’s unlikely to get it under Conte.

Fabregas’s situation at Chelsea is far from traumatic, but it is exasperating for a player of his talents. He deserves more, but he’s not entitled to demand it at Chelsea. However, if he’s happy to have scaled back contributions at the club, Conte will have a truly excellent option from the bench.

Fabregas has contributed a goal or an assist every 64 minutes this season, including an assist for Diego Costa’s late winner against Watford and an eye-catching display in the win over Manchester City at the Etihad Stadium.

However, Conte will never compromise the balance of his team and he feels – more often than not – that Matic ensures that more than Fabregas. In an ideal world, the Italian tactician would love to incorporate the former Arsenal man into a central role in the same way he did with Andrea Pirlo at Juventus, but it’s simply unattainable.

“Cesc is a top player and is a genius at football,” Conte said earlier this month. “I can talk in the same way about Andrea Pirlo. Cesc, if he doesn't run 100 metres in 10 seconds, I can allow him this, because he's a genius with the ball. His velocity is in his mind.” 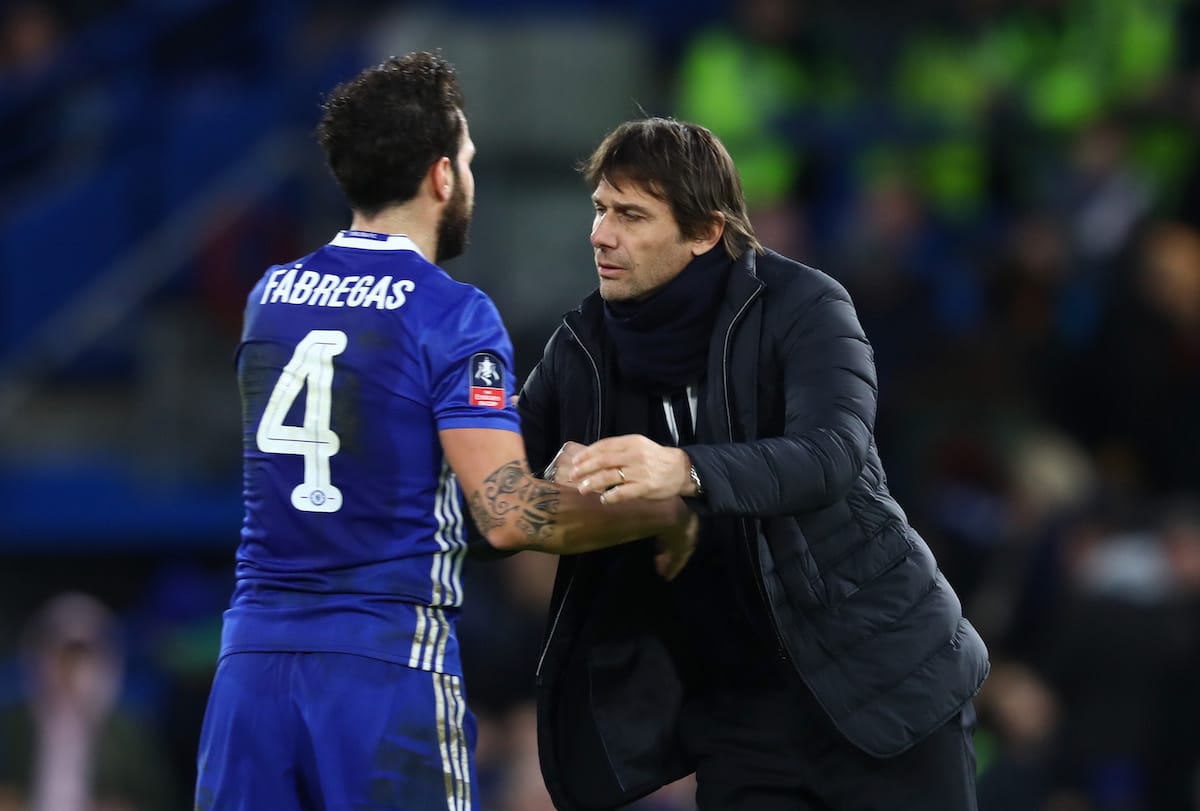 With lofty comparisons to an operator as smooth as Pirlo, we know Conte values Fabregas highly, but whether the player remains content with his place in the team remains to be seen.

It’s certainly worth noting that Fabregas has still has years left in the tank, and he’s intelligent enough to realise that jumping ship may not necessarily be the best option. With Champions League football practically guaranteed at this stage, he can expect to play a bigger part for Chelsea during a more congested fixture schedule when Conte will be forced to rotate even more.

Perhaps in 2017-18, with increased opportunities, Fabregas can prove himself as indispensable. Until then, Conte is a lucky manager to have such a class act to call upon when he feels he’s required.

How Would Conte's Chelsea Fare Against Europe's Best?