One of the closest matchups in the Top 16 phase of Copa Libertadores is the Cerro Porteno vs Fluminense duel. Read our detailed preview of the match if you want to know more about it.

Our free betting tips, predictions, and more for Cerro Porteno vs Fluminense

If you need some help to decide on the best bet for Cerro Porteno vs Fluminense, check our top betting tips for this game:

It's been more than a month since the home team has played an official game, so we expect them to be a bit rusty in the first leg of this Copa Libertadores matchup. Meanwhile, Fluminense is in rhythm after playing in Serie A, although they did play four games in the past couple of weeks, which could mean that they're a bit tired. But they're in good form since they've won three of their last two games in the league, so our prediction is for Fluminense to win this match.

Since we don't expect to see many goals in this game, we also don't expect both teams to score. In the group stages, both teams have scored in all Fluminense games, which doesn't bode well for our prediction. However, we haven't seen both teams score in a single one of Cerro Porteno matches. Since the Paraguayan team is hosting the match, we expect them to impose their style.

The best stats and odds for Cerro Porteno vs Fluminense

If you want to bet on the best Cerro Porteno vs Fluminense odds, check our selection of odds from different bookies:

The team that finished the Paraguayan Apertura in the fourth spot in the standings is still waiting for the start of Clausura, which is scheduled for next weekend. That means that they've had a bit of a break and that they played their last game over a month ago. In any case, Cerro Porteno reached the Top 16 phase of Copa Libertadores by finishing second in their group with 10 points, but they've been in poor form prier to the break since they only have one win in their last five matches in all competitions.

Brazilian teams have the advantage of starting the Top 16 phase of Copa Libertadores in a competitive rhythm since their domestic league is in full swing right now. Fluminense is doing well in the league since they are currently in the 7th place in the standings, with four wins, five draws, and two losses in the first eleven matches. Before that, Fluminense topped their Copa Libertadores group with 11 points to reach the current stage of the competition. 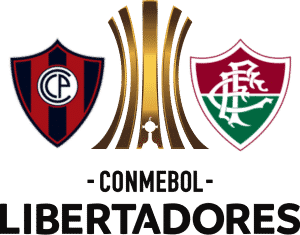