Atletico Mineiro already know they're through to the next round but Cerro Porteno could still take first place in the group. If they're to do that, they'll realistically have to win this game. Can they? Find out with our Cerro Porteno vs Atletico Mineiro match preview with free tips, predictions and odds mentioned along the way.

Atletico Mineiro to wrap up group

Let's kick this tip off with a nod to the last time these two sides met. Now, it's true, Atletico Mineiro were playing on their own patch but they taught Cerro Porteno an absolute lesson. Cerro Porteno had more of the ball but conceded 19 shots with eight of them being on target and half of those ended up in the net in a 4-0 rout. Can you find a case for Atletico Mineiro losing the reverse fixture? Not a compelling one; their hosts have won only two of their last five at home whilst the Brazilian side haven't lost on the road in the same period.

A few goals to go in

When these two met just a couple of weeks ago Atletico Mineiro did all of the scoring but what is more noteworthy is the fact that so many chances were created. If this match follows a similar pattern then you would have to expect plenty of goals again. On top of the head to head, both sides have produced games in excess of 2.5 goals of late. For Cerro Porteno it's five from 10 eclipsing that mark whilst for Atletico Mineiro it's six. All that together means goals, goals, goals. Doesn't it?

Hulk to do the business again

It's really hard to talk about Atletico Mineiro and not mention Hulk. The guys is a mammoth threat and, if this game plays out like the last meeting between the teams, then the Cerro Porteno backline are in for a torrid time. Hulk scored twice in the first half that day. Across the longer term, he has scored six goals in five games. If Atletico Mineiro create half as many chances as they did when the beat Cerro Porteno last time, Hulk will expect to score.

Cerro Porteno vs Atletico Mineiro: The stats you want

A top of the group clash

As group matches go, things don't get much better than first and second place sparring for top spot. Atletico Mineiro will arrive in Paraguay knowing they can beat Cerro Porteno after demolishing them last time they played one another. The contrast to that will be from the home side as they look to prove it was a freak result. Whatever the outcome of this match it will be a tasty affair both in terms of commitment and quality. 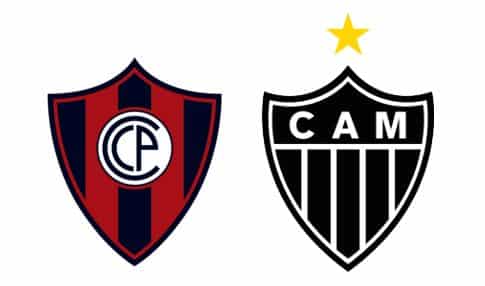