Both of these sides are in midtable. Who will come out on top when they meet? Find out with our Ceramica Cleopatra vs Pharco match preview with free tips, predictions and odds mentioned along the way.

It can be said that Pharco did not lose any of their last nine games; however, it's worth mentioning that they won just two of those games, with seven of them ending in stalemates. As a matter of fact, only one team has drawn more games than Pharco this season; they've drawn eight of their last 10 league games. It's even more interesting considering Pharco are coming off three consecutive goalless draws. Likewise, Ceramica Cleopatra have done fairly well recently; as they lost just one of their last six games. All things considered, we believe that this match will end in a draw.

It could be a snooze fest

Who will win this midtable battle?

With both of these teams locked in the midtable – they sit eighth and tenth respectively – the outcome of this game won't change the overall feel of their season. What it could do though is define who finishes the higher of the two sides.

Ceramica Cleopatra have had a fairly good run of form recently; they suffered just one loss in their last six games, with three wins and two draws. Ceramica Cleopatra are 10th on the Premier League table, with just five wins in 21 league games so far; they'll be eyeing their sixth win as Pharco come visiting.

Pharco have been a difficult team to beat; they have no losses in their last nine games, with two wins and seven draws. Pharco will take on Ceramica Cleopatra at the Cairo International Stadium on Friday; they'll look to extend their unbeaten run to 10 games.

A quickfire FAQ on Ceramica Cleopatra vs Pharco 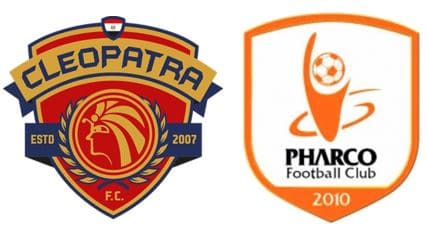